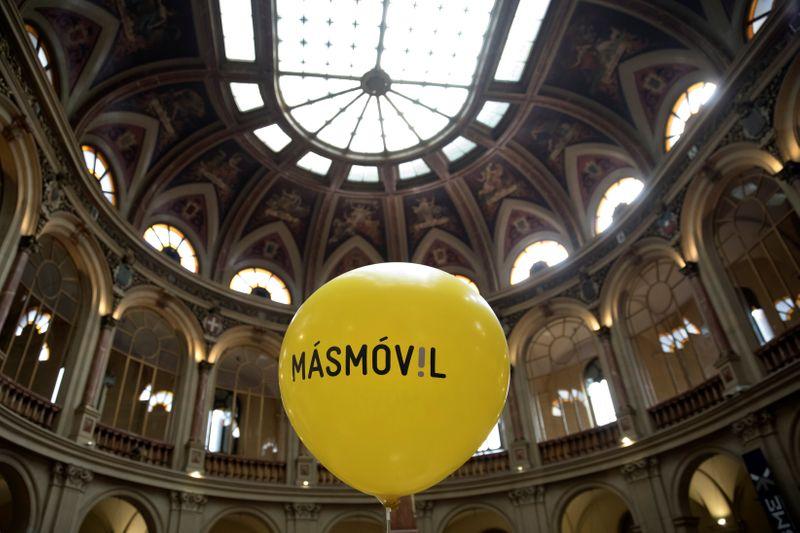 MADRID (Reuters) – The largest shareholder known to have held out against a bid by three U.S. funds to buy Spanish telecom operator MasMovil (MASM.MC) has decided to accept the offer after all, MasMovil said on Wednesday, two days before a deadline to decide.

MasMovil’s board agreed in June to a 3 billion euro ($3.5 billion) offer from KKR (KKR.N), Providence and Cinven, which some shareholders said undervalued a company that has challenged much bigger rivals to snatch a share of the competitive Spanish telecoms market.

Shareholders have until Sept. 11 to accept or reject the first major attempt to take a company private in Europe since the COVID-19 crisis roiled global markets.

Board member Rafael Dominguez, whose company Indumenta Pueri is MasMovil’s third-largest shareholder with an 8.25% stake, had originally said the offer was not satisfactory and that he did not intend to accept it, according to a report released by the company in August.

Dominguez has now said he and his company will tender all their shares, without having struck any deals with the bidder or the telecom group itself, MasMovil said in a bourse filing.

His pledge adds to commitments to sell made by holders of almost 30% of the company before the deal was announced. That amount includes the 9% of MasMovil that Providence already owns.

Smaller shareholders AllianceBernstein (AB.N), which holds a 2.2.% stake, and hedge fund Polygon with 1% have protested that the offer of 22.50 euros per share undervalued the company.

Its shares soared to 23.18 when the bid was announced on June 1, nearing a one-year high, but have since settled a fraction below the offer price. They were little moved on news of Dominguez’s U-turn and were changing hands on Madrid’s bourse at 22.46 euros at 1225 GMT.