This is an article from Turning Points, a special section that explores what critical moments from this year might mean for the year ahead.

Turning Point: Amid a worsening pandemic, a record number of voters in the United States elected Joseph R. Biden Jr. president, marking an end to the administration of Donald J. Trump. But President Trump had refused to commit himself to a peaceful transfer of presidential power even before he lost his bid for re-election.

Like many of my fellow Americans, I was aghast when President Trump refused to commit himself to a peaceful transfer of presidential power if he were to lose in the Nov. 3 election. And he revealed this in October, while consistently trailing the eventual victor, former Vice President Joseph R. Biden Jr., in the polls.

Then, to make matters worse, Senator Mike Lee of Utah, a Republican who sits on the Senate Judiciary Committee, followed that up with this tweet: “Democracy isn’t the objective; liberty, peace, and prosperity are. We want the human condition to flourish. Rank democracy can thwart that.” Rank democracy? The only saving grace for such a pronouncement is that, at last, a Republican politician was being honest about his or her intentions, and this could well be a turning point in the narrative of our country and our national discourse.

If there is to be no peaceful, or even smooth, transition of power, and if people like Senator Lee have their way, and we turn our backs on democracy, then our lives and our conception of the United States as a bastion of popular representation and respect for human rights will change forever. 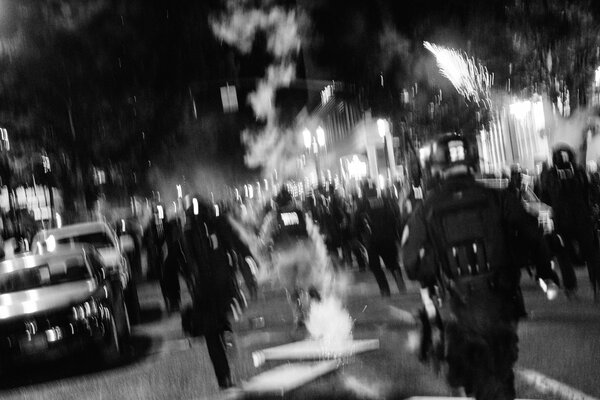 Over a year ago, in my book “People, Power, and Profits: Progressive Capitalism for an Age of Discontent,” I mused over the quandary facing the Republican Party. It has supported a set of policies that are opposed by the majority of Americans, who have expressed their belief in universal access to health care, better access to education, higher minimum wages, tighter gun control and so on. The only way the Republican Party can hold on to its power is through anti-democratic policies — disenfranchisement (voter suppression), disempowerment (gerrymandering voting districts) and packing the Supreme Court in order to constrain what a Democratic-majority Congress or president might have the ability to do.

We’ve watched what the Republicans have actually been doing, as incongruous as it might be, with their flag-waving and constant appeals to the U.S. Constitution. Now they have begun to speak more openly about their intentions. Now, perhaps, we can have a real conversation about what kind of country we want America to be. Do we agree with Senator Lee on the ends? Do the ends justify the means? Are we willing to give up on our democracy to get them? And would giving up on democracy really get us there? Certainly, history provides us with many warnings.

The past four years have made us aware of just how exquisitely fragile our institutions — such as those ensuring equality, political freedom, a quality Civil Service, a free and active press and the rule of law — are. When I was chief economist of the World Bank some 20 years ago, we would lecture countries about creating good institutions, and at the time we looked to the United States as a model and paragon. We weren’t certain how you created good institutions, we couldn’t even define what the term meant precisely, but you knew it when you saw it. It involved norms as well as laws. Well-performing societies had both — the rule of law was necessary, but norms respected by all citizens had greater flexibility. One couldn’t encode in laws everything implied by “good behavior.” The world was just too complex and ever-changing.

A little while later, I was chair of an international group called the Commission on the Measurement of Economic Performance and Social Progress. Our objective was to assess healthy economies, where citizens enjoyed a high level of well-being, and discern what went into the making and sustaining of these societies. One ingredient we focused on, often left out in earlier analyses, was trust — the trust of citizens in one another and in their common institutions.

When I was growing up in Gary, Ind., we learned in school about the strengths of America’s democracy, about our systems of checks and balances, and the rule of law. We talked about a democracy in which the voice of the majority was heard clearly, but the rights of the minority were respected, too. We didn’t talk about trust — it was taken for granted — or institutional fragility, which was the sort of thing that afflicted banana republics. We looked down at other countries where money stained the political process. We hadn’t yet had Supreme Court decisions like Citizens United v. the Federal Election Commission, which enshrined the role of corporate dollars in our politics. And we couldn’t even have conceived of an America permanently dominated by a political minority that paid no respect to the rights of the majority.

Well, for the past few years we’ve had a norm-shattering president. He has taught us not to take our norms for granted, and made it clear that we may have to translate long-established behaviors — such as respect for the role of inspectors general, avoidance of conflicts of interest and disclosure of tax returns — into laws.

I hope this pivotal juncture in our national discourse will not be a turning point in the course of the nation. If those who disdain democracy like President Trump and Senator Lee continue to call the tune, history tells us where it will lead, and we have already seen hints. The abduction of peaceful protesters by inadequately identified security personnel in unmarked cars in Portland, Ore., last summer instills in us an ugly sense of foreboding, and carries with it the sour odor of Hitler’s Brownshirts — as do the claims of a president that he is, quite simply, above the law, or the results of a free and fair election.

Assuming, however, that our democracy survives, this pivot point may turn us in quite a different direction: We will now face the even more daunting yet invigorating task of reinforcing our democracy. We’ve seen the weaknesses, the fragility in its structure. We’ve seen the destructive dynamic of money in our politics, how it undermines trust and creates conditions that exacerbate societal inequalities. We’ve seen how this process leads to greater polarization, transforming a virtuous system of checks and balances into one of gridlock and confrontation.

We won’t succeed in restoring trust and a sense of social cohesion until we confront, head on, our intertwined racial, ethnic and economic inequalities. These schisms inevitably divide us and undermine the solidarity democracy demands.

Reconstructing our democracy will be daunting, but it will also lift us up. Democracies are about more than elections every four years. Successful ones entail broad-based civic engagement with an array of civil society’s institutions; collective action is about more than just the government or public institutions. It doesn’t destroy individuality or freedom, but can strengthen them and enable all of us to flourish.

We have approached the brink of the end of our cherished democratic rights, we have peered over the precipice and contemplated what lies below, and that terrifying vision may have provided the impetus for exactly the kind of national solidarity the American people need to rebuild our democracy.

Joseph E. Stiglitz is an economist, public policy analyst, Columbia University professor and the chief economist of the Roosevelt Institute, a nonprofit think tank. He is the recipient of the 2001 Nobel Memorial Prize in Economic Sciences.