Home » Analysis & Comment » Opinion | A Win for the Coal Industry, a Loss for the Planet 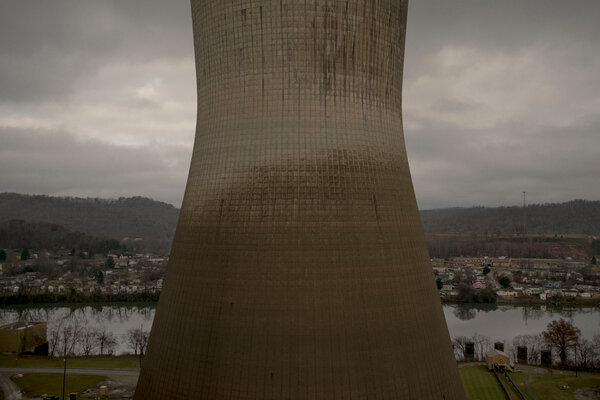 The Supreme Court just limited the Environmental Protection Agency’s authority to regulate emissions from power plants, saying that only Congress had that authority.

So the E.P.A., with all its trained scientists and public health experts, can no longer regulate the toxic emissions from coal-fired power plants, but Congress can. Most of the people in Congress have no training in air pollution, toxics or environmental health, but now they have been given the authority to regulate power plants, if they ever choose to.

Coal-fired power plants not only contribute to climate change but also cause dangerous air pollution.

This ruling is harmful in so many ways — and certainly will negatively affect human health.

With the Supreme Court’s decision limiting the E.P.A.’s ability to enforce its Clean Power Plan, we are witnessing the effects of the packing of the court with extremist judges determined to coddle corporate greed until our planet becomes unlivable.

The 6-to-3 majority has tied the hands of those authorized to keep the worst effects of extreme climate from sweeping over us. Meanwhile, the justices’ lifetime appointments mean that these modern-day Neros may force us all to watch the planet burn.

Reorganizing the Supreme Court with additional seats and term limits has now become an existential imperative.

David Moulton
Bethesda, Md.
The writer is a former staff director and chief counsel for the House Select Committee on Energy Independence and Global Warming.

The Jan. 6 coup attempt failed, but the Supreme Court has succeeded this term in trashing the Constitution without firing a shot. The justices simply made key planks of the Republican Party platform the supreme law of the land — yes to more guns, no to abortion rights, yes to using taxpayer dollars to support religious schools and no to using public money to save the earth from climate disaster.

Jeffrey Abramson
Truro, Mass.
The writer teaches constitutional law at the University of Texas at Austin.

Why does the current majority of the Supreme Court place more importance on preserving the wealth and profits of the power industry above the future of the entire planet?

The rhetoric of the industry and its elected champions in the state and federal government attempts to frame the argument in terms of a win for the citizens of coal-producing and coal-burning states, but it is not. It may be a win for short-term corporate profits, but it is a loss for every organism on the planet that breathes air.

The Supreme Court is not a criminal court, but it just handed down a death sentence to humanity.