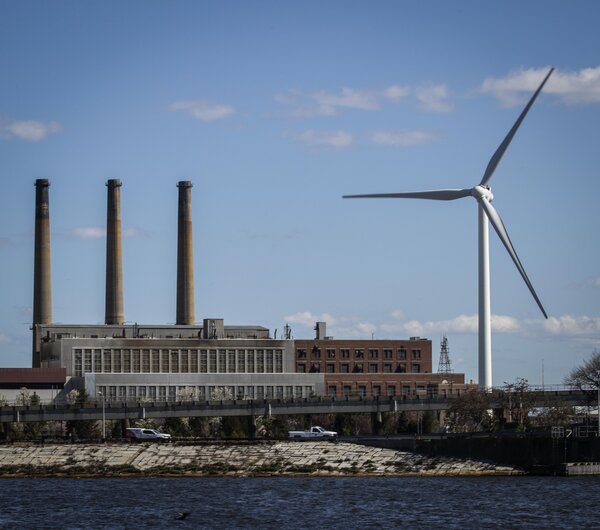 Mr. Gates, a co-founder of Microsoft, is also the founder of Breakthrough Energy and the author of “How to Avoid a Climate Disaster.”

Turn on the evening news and it immediately becomes clear that Americans are experiencing the effects of climate change. Extreme heat and drought are affecting tens of millions of people, as floods and wildfires ravage communities from Appalachia to California. In the coming days, Congress has the opportunity to face down the climate crisis while strengthening our country’s energy security, creating opportunities for businesses and improving the lives of Americans. We can’t afford to miss it.

The Inflation Reduction Act of 2022 may be the single most important piece of climate legislation in American history. It represents our best chance to build an energy future that is cleaner, cheaper and more secure. Senators Chuck Schumer of New York and Joe Manchin of West Virginia deserve a lot of credit for reaching this agreement, as do countless others. Many business leaders and activists I’ve gotten to know through Breakthrough Energy, the climate organization I founded in 2015 to accelerate the clean energy transition, have worked relentlessly for decades for this moment. But although it appears the legislation will pass, success is not guaranteed, so it’s critical to keep pushing for it. Let me explain why.

Many of the technologies we’ll need to reach net-zero emissions don’t exist, are in early stages of development or are still too expensive to scale up. At the same time, more mature technologies like solar, wind and electric vehicles must be deployed more quickly in more places. Through new and expanded tax credits and a long-term approach, this bill would ensure that critical climate solutions have sustained support to develop into new industries.

These incentives would also provide the private sector with the confidence to invest for the long term. This legislation would begin to transform the parts of our economy that are hardest to decarbonize, like manufacturing, which we must do to reach net-zero emissions. As many Americans face summer blackouts, power shortages and high electricity bills, these measures would help build a modern, reliable power grid so all can have access to affordable, abundant and clean energy.

With those incentives and investments, this bill would catalyze a new era of American innovation. The ability of America’s universities and industries to innovate remains second to none, yet the country risks falling behind as other countries race to build their own clean energy economies. This legislation would help turn American energy innovations into American energy industries and unlock huge economic opportunities in the energy market. If it becomes law, few nations would have the capacity for producing homegrown clean energy like the United States. America could quickly become a leader in the deployment of clean energy at the scale required.