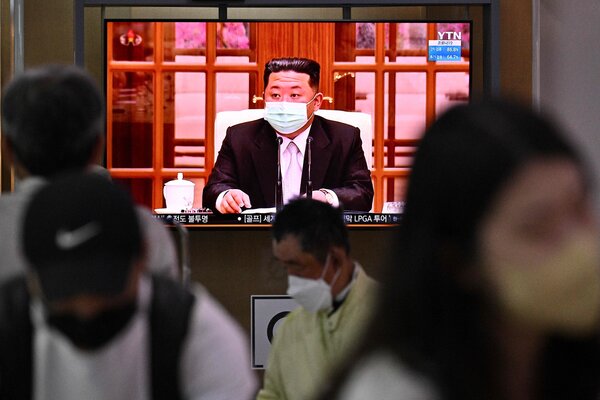 Ms. Lee made dozens of reporting trips to North Korea from 2008 to 2017. She is a co-host of the “Lazarus Heist” podcast from the BBC World Service and a senior fellow at the Wilson Center in Washington.

For more than two years, isolated North Korea claimed success in keeping out Covid and even rebuffed multiple offers of vaccines, calling them unnecessary. Last month, that changed.

In a series of urgent dispatches, North Korea’s state media announced that an unspecified fever was spreading “explosively.” The nation went into lockdown. More than four million cases have been reported, with dozens of deaths.

It’s a frightening prospect for an unvaccinated, undernourished nation of 25 million people. But bad news does not escape North Korea without a reason. Finally acknowledging a viral outbreak may be part of a strategy by its leader, Kim Jong-un, to re-engage with the outside world. The world should be ready to engage, too.

Since the collapse of his nuclear negotiations with President Donald Trump in 2019, followed soon by Covid’s global spread, Mr. Kim has retreated into an isolation that is deep even by North Korea’s hermetic standards. This has been devastating to its people. It’s also a threat to peace and security beyond the Korean Peninsula: He has spent the intervening time shoring up his power — and expanding his nuclear arsenal.

North Korea is now believed to possess dozens of nuclear devices and appears poised to carry out a seventh nuclear test. It has test-launched dozens of missiles in violation of U.N. Security Council resolutions this year alone — including, recently, a suspected intercontinental ballistic missile designed to reach the United States.