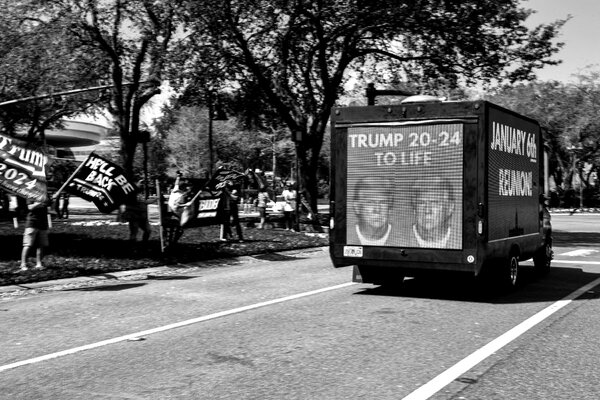 By Thomas B. Edsall

Political analysts, scholars and close observers of government are explicitly raising the possibility that the polarized American electoral system has come to the point at which a return to traditional democratic norms will be extremely difficult, if not impossible.

The endangered state of American politics is the dominant theme of eight articles published by the National Academy of Sciences on Tuesday, with titles like “Polarization and tipping points” and “Inter-individual cooperation mediated by partisanship complicates Madison’s cure for ‘mischiefs of faction.’ ”

The academy is not alone. On Dec. 6, The Atlantic released “Trump’s Next Coup Has Already Begun,” by Barton Gellman, and “Are We Doomed? To head off the next insurrection, we’ll need to practice envisioning the worst,” by George Packer.

On Dec. 10, The Washington Post published “18 Steps to a Democratic Breakdown” which warned:

Democracy is most likely to break down through a series of incremental actions that cumulatively undermine the electoral process, resulting in a presidential election that produces an outcome clearly at odds with the voters’ will. It is this comparatively quiet but steady subversion, rather than a violent coup or insurrection against a sitting president, that Americans today have to fear most.

Michael W. Macy, a professor of sociology at Cornell and the lead author of “Polarization and tipping points,” put it this way in an email:

Unlike the threat to democracy posed by a military coup, the threat posed by authoritarian populism is incremental. If the water temperature increases only one degree per hour it may take a while before you notice it is too hot and by that time it is too late. We might be better off if we faced an armed insurrection, which might be the exo-shock needed to get the G.O.P. establishment to wake up.

The political scientist Suzanne Mettler, also at Cornell, used the same metaphor of slowly boiling water in her reply to my query:

The greatest danger to democracy right now has emerged in one of our two major parties — a longstanding party that helped to protect democracy until recently, and this makes it hard for people to recognize what is going on. Finally, I think that most Americans now see politics through very partisan lenses and are mostly attentive to how their “team” is doing; they are much less likely to be thinking about the health of the basic pillars of democracy, e.g. electoral integrity, the rule of law, the legitimacy of the opposition, and the integrity of rights. Our political system is in crisis and we should be shouting from the rooftops about it and coming together to save it.

Zack Beauchamp, a senior correspondent at Vox, writing on Dec. 9, raised similar concerns: “We are experiencing failures on both the elite and mass public level,” he wrote, as Republican elites “have chosen to normalize the violence committed by their extreme right flank on Jan. 6.”

The activist anti-democratic Trump wing of the Republican Party, committed to avoiding at nearly any cost a political system dominated by an Election Day majority of racial and ethnic minorities, women and social and cultural liberals, has adopted an aggressive strategy to preserve the political power of whites, especially heteronormative white Christians.