Home » Analysis & Comment » Opinion | I Was an E.M.T. in New York Last Spring

We Raced <br> Across the City <br> and Saved Lives

The city echoed with wailing sirens.
But the sound inside my ambulance captured
something even more tragic. 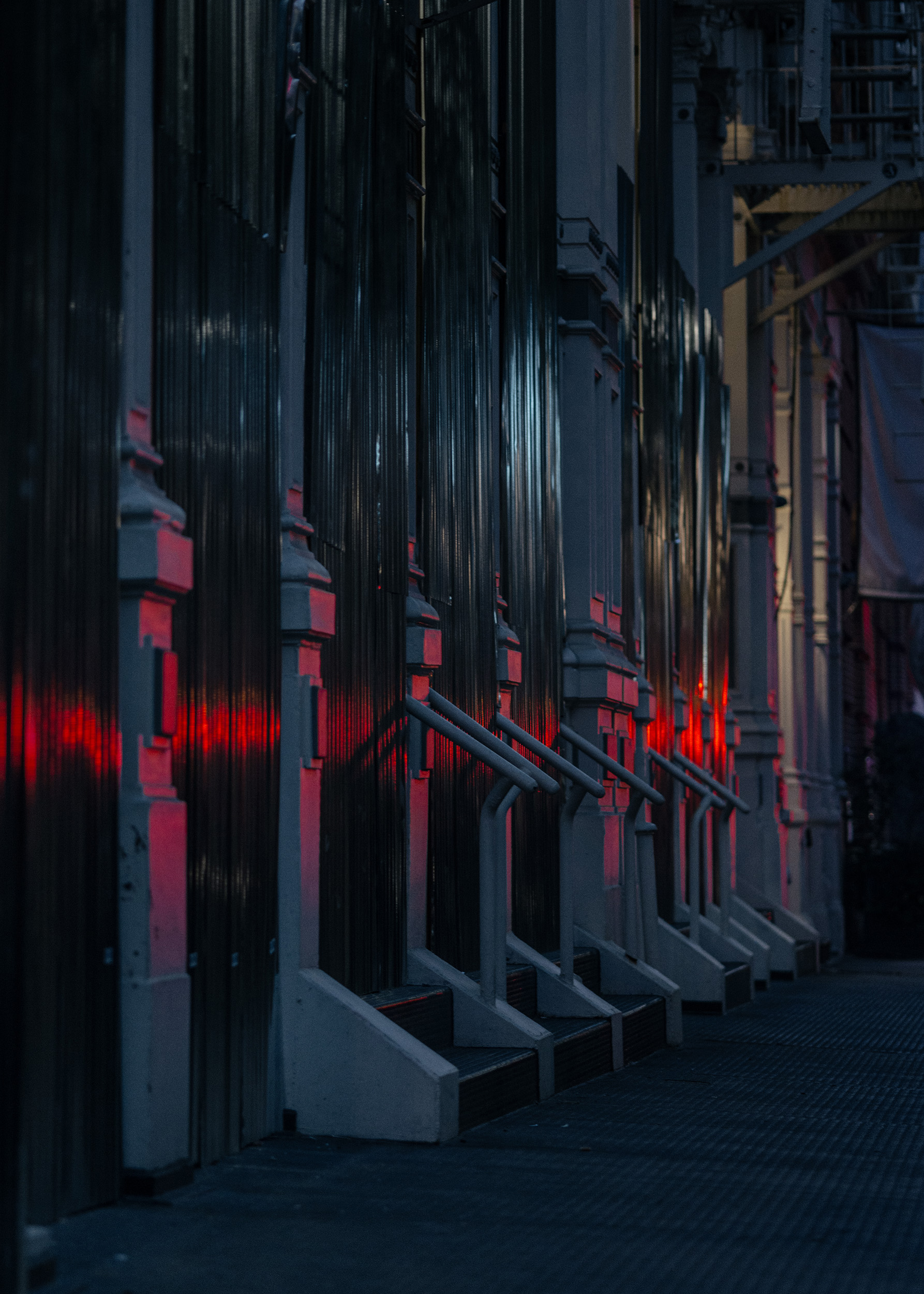 The losses emergency responders witnessed are beyond what human minds can grasp.

Ms. Murphy is an E.M.T. with the Park Slope Volunteer Ambulance Corps and the author of the forthcoming memoir “First Responder.”

One of my most vivid memories from last April is the sound. I was working as an emergency medical technician in New York City. Day and night for weeks, sirens drowned out every other sound within earshot. A doctor told me, “The sound of sirens will be how we all remember this for the rest of our lives.”

But will it? What is our capacity as a nation to remember? To hold and bear and suffer this much continuous loss?

In those fatal spring months in New York, the sound inside ambulances conveyed, at least to me, a desperateness even more dire than the wailing sirens ricocheting across the city. The radio spat out emergencies nonstop as 911 calls surged beyond the volume on the day of the Sept. 11 attacks. Dispatchers sent E.M.T.s and medics on back-to-back runs for “sick fever cough,” the new designation being used for patients with Covid-19 symptoms.

That April, overwhelmed hospitals running out of beds began discharging far-from-recovered Covid patients to make room for those needing ventilators. Soon, many of the discharged sick-fever coughers, back home and some still wearing their hospital bracelets, would call 911 again. They were still having difficulty breathing.

Then things got worse. Scores of “diff breathers” turned into cardiac arrests, and worse — 83Rs and 83Ds — codes for dead after resuscitation initiated and for dead on arrival. That deep cough we once heard when we arrived on the scene was replaced by the agonized wails of inconsolable family members. A father or mother or grandparent had just died, and we couldn’t even offer the comfort of a hug because the virus was so contagious.

The E.M.T.s and paramedics of the pandemic are the firefighters of Sept. 11. First in, last out. The risks have been consequential.

From January to August 2020, Emergency Medical Service workers in the New York City Fire Department had a risk of dying 14 times that of the department’s firefighters, according to an analysis in the Journal of Emergency Medical Services. The pandemic took a severe and immediate toll on the mental health of rescuers. John Mondello, a Fire Department E.M.T. based in one of the city’s hardest-hit areas in the Bronx, took his life a week after the pandemic’s peak in mid-April, having been on the job for less than three months. He was 23.

His age is important, because I want you to know how young E.M.T.s are in New York, and they have seen more death than I could ever have imagined. Many on the front line are in their 20s and have only a few years of experience. E.M.S. also has more ethnic and gender diversity, compared with firefighters. Wages are so demoralizingly low, and the work is so grueling, sad, violent, terrifying and disrespected, that personnel shortages plague the field.

Roughly 13,000 to 14,500 E.M.T.s and paramedics work in New York City’s E.M.S. system. The Fire Department controls all ambulances in the 911 system; 70 percent of the ambulances responding to 911 calls are operated by city crews, and the rest are operated by hospitals. Private transport companies and volunteer ambulance corps help the 911 system in times of crisis and high call volumes. I ride as an E.M.T. with the Park Slope Volunteer Ambulance Corps in Brooklyn. My partners are in their 20s, and several work part-time in E.M.S. while studying to become paramedics, nurses, physician assistants or doctors.

The losses emergency responders witnessed during the godawful spring are beyond what human minds can grasp. It’s impossible to see my E.M.S. friends without thinking of all the terrible things they’ve been through in the past year, the doomed choices they’ve been forced to make, how many patients they’ve lost — and continue to lose.

And a year later, Covid-19 is not done with us. 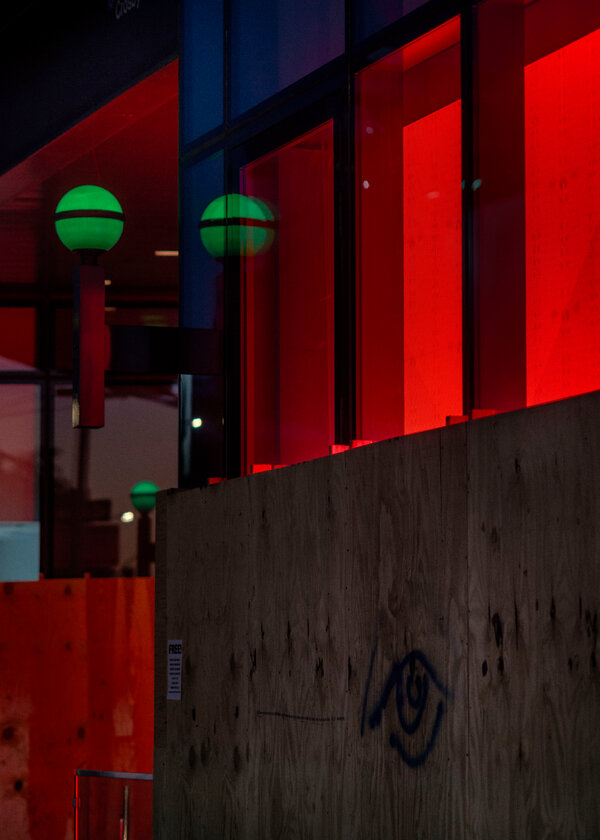 My first ambulance tour after taking a few months off was on a cold February evening during the biggest snowstorm New York had seen since 2016. The roads were an icy mess. All of the nurses that my partner and I ran into looked exasperated, and every job we were dispatched to was for “sick” calls and “sick fever cough” calls.

In East New York, we emerged from the ambulance to find a teenage boy standing on the snowy sidewalk with his aunt. Our patient was tall and thin with no medical history. His skin was hot to the touch, and his oxygen saturation was relatively low, at 92. When we asked him what hurt, he patted his chest and said in a voice so soft it was barely audible, “I feel like I have pins and needles in my lungs.”

My partner and I asked the teenager if he’d had Covid. He had not. “I really hope I don’t have it,” he whispered, and his face took on a frightened expression. I didn’t know what to say. Given that at the time, one out of every 15 people in East New York had contracted Covid-19, hope was not a winning strategy. We gave him oxygen and he sat in silence on the way to the E.R. Most Covid patients are chillingly quiet. They’re quiet because they can’t breathe.

Our next sick-fever-cough patient lived on the border of Bensonhurst and Mapleton in Brooklyn, where the positivity rate for Covid was then even higher than East New York’s. When we arrived, a young man stood outside the apartment building and told us, as we trudged through the snow, that he didn’t need us. His mother was sick but didn’t want to go to the hospital. He had tried to cancel the 911 call but had no luck. Even so, we needed to assess his mother before we could agree to let her stay home. Begrudgingly, he led us upstairs.

In a small, stuffy apartment, a woman in her early 60s stood in the hallway and leaned on the wall for balance. Like our last patient, she was quiet and looked scared. We asked her to sit down so that we could check her vitals. In the living room, she sat on the couch, and we noticed she was wearing a hospital bracelet. She told us she had gone to the E.R. two days before and tested positive for Covid. The hospital sent her home after a few hours. That night, her pulse, blood pressure and oxygen saturation level were normal. She was negative for stroke symptoms. We asked why she called 911.

“I called,” her son said, stepping forward. “She’s refusing to eat, and she won’t get out of bed. I tried to have her walk around, and she almost fell down, so I got scared.”

How are we supposed to answer this question?

The pandemic has forced numerous E.M.T.s and medics to play the role of general practitioners for sick Covid patients sent home by hospitals to families that are often ill equipped to care for them. In America, we are out of practice with being around the sick and dying. We outsource our sick and infirm to hospitals, nursing homes and hospice facilities. Accordingly, being around sick people is incredibly distressing for families — an emergency of its own. Terrified, they call 911, unable to differentiate illness from a serious emergency. If Covid patients are stable and we transport them to the E.R., they are often sent back home. It’s a loop, and E.M.T.s are stuck in it.

This is not a war that can be fought only by brave frontline “heroes.” It’s a health care crisis that we all can help to manage. Anyone can go online and take a quick course in basic first aid and C.P.R. It only takes a few hours to gain the skills required to save a life. Being prepared for emergencies is one way to reduce some of the anxiety that comes with living with the sick.

Now, with the vaccine rollout underway, vaccinated New Yorkers will soon be rushing outdoors in the coming spring and summer months, longing for the unmasked togetherness they have been denied.

I long for it, too. It was a terrible blessing to be an E.M.T. at a time when the city was in desperate need. Many of the people we tried to save died, but many lived. I still feel shaken when I think about those deaths. But I never felt hopeless inside the screaming ambulances that radiated so much light.

Jennifer Murphy (@gingerlidthe1st) is an E.M.T. with the Park Slope Volunteer Ambulance Corps in Brooklyn and the author of the forthcoming memoir “First Responder.”