The coronavirus pandemic is jeopardizing the long-term health of the public transit systems that provide a crucial circulatory system for major American cities — particularly for lower-income residents who depend on trains and buses to get to work, the market or the doctor.

Transit authorities have tried to ride out the pandemic, which has sharply reduced ridership and farebox revenues, by curtailing service. In New York, where the subway famously runs through the night, the subway no longer runs through the night. Metra, the Chicago area’s primary commuter rail service, has suspended roughly half of its daily schedule. Atlanta’s regional transportation agency has stopped running buses on more than 60 of its 110 bus routes.

These transit cuts are yet another area in which affluence has shaped the experience of the pandemic. Many well-to-do commuters are able to work from home, or to drive to the office. The changes amount to an inconvenience. Millions of lower-income Americans, meanwhile, work in jobs that require their presence, and they cannot afford to get to work in other ways. They must leave home earlier, wait longer, walk farther and return later. What once took half an hour may now take two hours. A direct commute may now require two transfers.

At first blush, it may seem logical to calibrate service to current ridership. “Running empty trains and buses, as a general rule, is bad public policy,” Massachusetts Governor Charlie Baker said in December, defending plans for sharp cuts in Boston-area transit services. “Making sure that you have a system that actually serves the people who want to ride it when they want to ride it — and the way they want to ride it — is the right way to go.”

In the context of the pandemic, that reasoning is small-minded and shortsighted. Officials are making a profound mistake by allowing transit to atrophy. Service cuts punish those who need public transit the most, and while most Americans don’t ride transit regularly, they depend on people who do. Service cuts also are self-perpetuating. People who can’t count on transit will tend to reshape their lives in ways that do not require transit. As the availability of transit contracts, people will tend to use it less, which leads to further cuts in service.

Public transit is a key part of the egalitarian infrastructure in urban areas that allows people to maximize their potential. Reducing car trips reduces emissions. Transit also underwrites the density of cities, which is central to their success as economic and cultural engines.

The public interest requires large-scale investment by the federal government, as well as state and local governments, to restore and maintain robust service. The federal government already has provided two rounds of emergency aid. The first big coronavirus relief bill, last spring, including $25 billion for local transit agencies. In December, Congress provided another $14 billion. The most recent round was enough to convince several major agencies, including in New York and Washington, to shelve plans for deeper cuts in service.

But it was not enough to reverse existing cuts. The San Francisco Municipal Transportation Agency, for example, is operating at about 70 percent of its pre-crisis capacity. Its top official said after the new round of aid that it would maintain that service, postponing plans to lay off 1,200 workers, but it has no plans to restore full service. In Boston, officials said they still planned to suspend weekend service on most commuter rail lines starting this month.

More money is needed. President Biden’s plan for a new round of coronavirus relief includes another $20 billion for transit, which would help to restore this critical public service.

The scale of the challenge should not be understated. Even as the pandemic wanes, agencies do not expect ridership to recover quickly or completely. Some people will continue to work from home. Some have found new ways to commute, and won’t return. New York’s M.T.A., by far the nation’s largest transit agency, projects that ridership will rebound to 90 percent of its pre-crisis level by 2024. That’s a long and slow climb back to something short of normalcy, and it means transit agencies will need supplemental public funding for years to come.

In transit, as in other areas of American life, there will be no immediate end to the lingering effects of the pandemic. Policymakers need to make choices now that will serve the public interest in the long term. They need to ensure the trains and buses keep running. 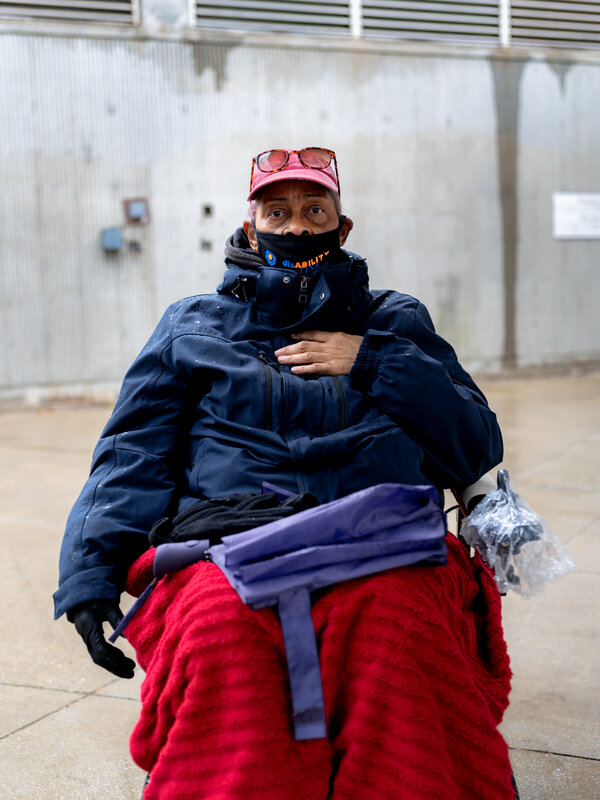 ,Before the pandemic, Brenda Dubose could get to Walmart in about 15 minutes from her apartment in downtown Decatur, Ga. It was a straight shot on MARTA’s 36 bus. For Ms. Dubose, 69, who uses a motorized wheelchair, the easy access to shopping was a lifeline.

More than 1,100 people rode that line on the average day.

In April, as ridership plunged, the transit authority suspended service on 70 of its 110 bus lines, including the 36 line. Almost a year later, MARTA’s bus service remains skeletal.

It now takes Ms. Dubose more than an hour to get to Walmart. She rides the subway to a station where she catches a different bus that stops near the store.

“It’s a lot of wear and tear on my chair and on my mentality,” she said. “They’ve left us elderly and disabled people out here struggling to get around.”

Andrew Hocking rides Bay Area Rapid Transit from his home in Orinda, on the east side of the San Francisco Bay, to his job at a chocolate factory on the west side of the bay. The trains now run on half-hour headings, which is particularly painful if he misses his train on the way home. He sometimes has to sit and wait 25 minutes. But the ride still costs just $5 each way. The alternative is an Uber ride that costs about $40, and he can’t afford that. “If BART wasn’t there I wouldn’t be able to put food on the table,” he said.

Buses no longer stop at the bus stop just down the street from Sohna Jeanty’s Atlanta home, so she now needs to walk 10 minutes uphill to catch a bus “at the very top of the hill.” The trip to the public library branch where she works is less direct, too. What once took 30 minutes now takes about an hour and a half. Because of the cuts in bus service, she’s cut back on shopping trips and pulled back from some charitable work. The problem, she said, is that city leaders treat bus service as a luxury. “It’s a necessity,” she said. “When people look at it as only a convenience, you have an issue like this that happens.”

Konner Ezra, 21, said it’s simple really: Public transit makes it possible for him to live in New York City. If service stops being frequent and reliable, he would leave the city. Mr. Ezra, a psychology student at Pace University, rides the train every weekday to classes or to an internship. He said he worries about his health, and he tries to be careful, wearing a mask and gloves and washing his hands, but he said he has no real alternative.

Jeston Smith used to ride the “T” every day to his job as a security guard in Boston. But last year, he bit the bullet and bought a car. “I didn’t want to get a car,” he said. “But I felt like I had to because of how poor train service is.”

Kandley Val, 31, rides Boston’s Orange Line subway from his home in Mattapan to his job as the dean of enrollment at Roxbury Community College. Classes have gone virtual, but many students still come to register in person. His commute has become a little slower and train service has become a little less predictable, but that’s OK for now. What he really worries about is the prospect that classes will return to normal without a full resumption of transit service.

Mr. Val estimates 70 percent of the student body relies on public transit. Many have jobs and child care arrangements. If they can’t count on reliable service, they’re less likely to graduate. “Community college students, they’re the students who need the access the most,” he said. “And adding any extra hassle or burden, that stops the student.”

Kathalene Kilpatrick, 78, was one of the first women employed as a bus driver by the Washington Metropolitan Area Transit Authority in the 1970s. She is now retired and lives in Maryland, but still uses public transit to come into the city, often to participate in protests. One of her favorite signs reads, “Fear Less and Love More.”

Ms. Kilpatrick said she worries about people who need transit to get to their jobs. On the bus she took home from a protest against the Trump administration last week, she said her fellow passengers included a Post Office employee, a house cleaner and off-duty bus driver. She said she also worries about those who work for the transit system. “If they cut this transit back, then people will lose their jobs.”