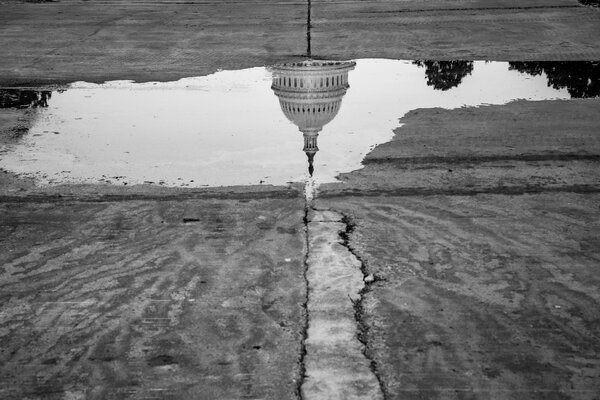 Mr. Hasen is the author of several books about elections and democracy. In 2020, he proposed a 28th Amendment to the Constitution to defend and expand voting rights.

This article is part of a collection on the events of Jan. 6, one year later. Read more in a note from Times Opinion’s politics editor Ezekiel Kweku in our Opinion Today newsletter.

The saturation coverage of the anniversary of the Jan. 6 insurrection and of Donald Trump’s attempt to bully his way into a reversal of his loss in the 2020 presidential election has felt dispiriting. More than 70 percent of Republican voters say that they believe Mr. Trump’s false claim of a stolen election, and 59 percent say that accepting the Big Lie is an important part of what it means to be a Republican today.

As we all know, the hyperpolarized, social media-driven information environment makes it virtually impossible to persuade those voters that the 2020 election was fairly run. Those who believe the last election was stolen will be more likely to accept a stolen election for their side next time. They are more willing to see violence as a means of resolving election disputes. Political operatives are laying the groundwork for future election sabotage and the federal government has done precious little to minimize the risk.

Many people who are not dispirited by such findings are uninterested. Exhausted by four years of the Trump presidency and a lingering pandemic, some Americans appear to have responded to the risks to our democracy by simply tuning out the news and hoping that things will just work out politically by 2024.

We must not succumb to despair or indifference. It won’t be easy, but there is a path forward if we begin acting now, together, to shore up our fragile election ecosystem.

Let’s begin by reviewing some of the key problems. Those who administer elections have faced threats of violence and harassment. One in four election administrators say that they plan to retire before 2024. Republican election and elected officials who stood up to Mr. Trump’s attempt to rig the 2020 vote count, like Georgia’s Secretary of State, Brad Raffensperger, who refused Mr. Trump’s entreaties to “find” 11,780 votes to flip the election to him, are being pushed out or challenged for their jobs in primaries by people embracing Mr. Trump’s false claims, like Representative Jody Hice.

The new Republicans running elections or certifying or counting votes may have more allegiance to Mr. Trump or his successor in 2024 than to a fair vote count, creating conditions for Democrats to join Republicans in believing the election system is rigged. If Mr. Hice is Georgia’s Secretary of State in 2024 and declares Mr. Trump the winner of the 2024 election after having embraced the lie that Mr. Trump won Georgia in 2020, which Democrats will accept that result?