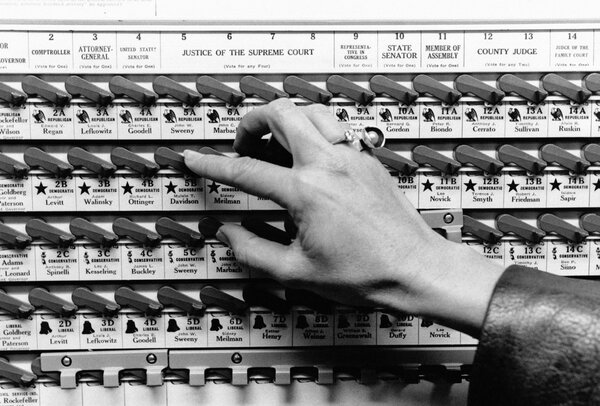 The story of voting rights in the United States looks less like a graph of exponential growth and more like a sine wave; there are highs and lows, peaks and plateaus.

President Biden captured this reality in his address on Tuesday at the National Constitution Center in Philadelphia, where he spoke on the gathering threat to our democracy from the Republican Party’s twin efforts to suppress rival constituencies and seize control of state voting apparatuses.

Biden is right. Americans today are witness to a ferocious attack on voting rights and majority rule. And as he points out, it is as focused on “who gets to count the vote” as it is on “who gets to vote.”

Biden is also right to say, as he did throughout the speech, that these attacks are “not unprecedented.” He points to Jim Crow and the “poll taxes and literacy tests and the Ku Klux Klan campaigns of violence and terror that lasted into the 50s and 60s.”

For obvious reasons, Jim Crow takes center stage in these discussions. But we should remember that it was part of a wave of suffrage restrictions aimed at working-class groups across the country: Black people in the South, Chinese Americans in the West and European immigrants in the North.

“The tide of democratic faith was at low ebb on all American shores after the Grant administration, and it would be a mistake to fix upon a reactionary temper in the South as a sectional peculiarity,” the historian C. Vann Woodward wrote in “Origins of the New South, 1877—1913.”