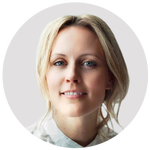 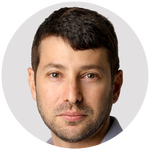 On Feb. 24, the first day of the war in Ukraine, a Russian attack on a hospital in the eastern city of Vuhledar killed four people and wounded 10 others. The next day, elsewhere in Ukraine, a cancer center and a children’s hospital were hit.

And the attacks on the nation’s health care infrastructure kept coming, at a rate of at least two a day, by some counts — hospitals, clinics, maternity wards, a nursing home, an addiction treatment facility, a blood bank.

As of May 9, the Ukrainian Healthcare Center, a consultancy in Kyiv, had documented 165 cases of health care facilities damaged in the war, and the World Health Organization has identified some 200 such attacks.

In the video guest essay above, Pavlo Kovtoniuk, a co-founder of the consultancy and a former deputy health minister of Ukraine, explains that the attacks have sown psychological terror and devastated the nation’s health care system.

“It all seems cruel, inhumane and deliberate,” he says.

Whether the attacks against Ukraine’s hospitals and medical personnel amount to war crimes may eventually be a matter for the International Criminal Court in The Hague, as well as other courts and special war crimes tribunals, to decide.

But Mr. Kovtoniuk has already made up his mind.

“The evidence for potential war crimes will take years to gather,” he says. “But I don’t need to wait that long to know that what I’m seeing every day is a murderous pattern.”

Pavlo Kovtoniuk (@pavlokovtonyuk) is a co-founder of the Ukrainian Healthcare Center and a former deputy health minister of Ukraine. Lucy King (@King__Lucy) is a producer with Opinion Video. Jonah Kessel (@jonah_kessel) is the deputy director of Opinion Video.