“I broke down sobbing. It’s been a long five-and-a-half years.” 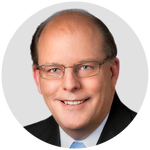 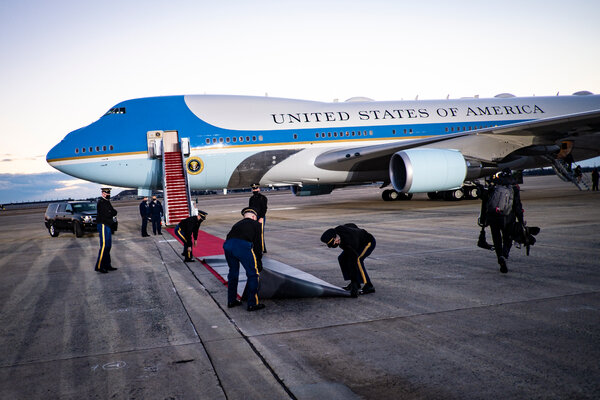 This is a text I received from a prominent conservative Christian minutes after President Biden’s Inaugural Address: “I broke down sobbing. It’s been a long five-and-a-half years.”

Shortly after that, Scott Dudley, senior pastor at Bellevue Presbyterian Church in Bellevue, Wash., emailed me a note that said, “I never thought I would be moved to tears watching a Democratic president get sworn in, but I was. It just felt so good to hear someone who understands and loves this country and constitution, and is an honorable person, take the oath. I’m praying for healing.”

I’ve had conversations with others who tell similar stories.

Joe Biden is an admirable human being, empathetic and generous in spirit, and his speech was elegant and uplifting. But the tears had to do with something else: We had just emerged from a national trauma. It was only two weeks earlier that the Capitol, on whose steps Mr. Biden took the oath of office, was under assault from a mob that had been incited by his predecessor, Donald Trump, in order to undo an election Mr. Trump lost.

Several people died, including a police officer beaten with a fire extinguisher, and many more easily could have, including the former vice president, Mike Pence. And President Biden’s inauguration came only one day after we crossed an almost unimaginably gruesome milestone: 400,000 deaths from Covid-19, a significant number of which would have been prevented had any of Mr. Trump’s most immediate predecessors, Republican or Democratic, been president instead.

But Mr. Trump’s wounding of America doesn’t end there.

Our economy is crippled, with Mr. Trump ending his presidency with the worst jobs record in modern U.S. history. Americans are angrier, more fearful, less trusting of one another and more polarized than at any time in generations and perhaps since the 1850s. Families, friendships, churches and communities are being ripped apart by the savagery of our politics.

The United States is in the grips of an epistemic crisis, with much of the nation having detached itself from reality. In the eyes of the world, among allies and adversaries, America under Mr. Trump became a joke. So it made sense that once Mr. Trump left the White House, powerful emotions would be unleashed.

I wasn’t immune. In the aftermath of the siege of the Capitol, I found myself angry, which is a rare state of mind for me — angry, not just at Mr. Trump but at his Republican enablers, weak and complicit, some of whom broke with Mr. Trump only when his power was rapidly slipping away. Some had to have seen what was coming; others should have seen what was coming and yet they went along for the ride. So the moment Mr. Biden became president I felt like one door shut and another opened. I wanted to be done with Mr. Trump. But I was convinced that before doing so, I needed to struggle one last time with understanding how things went so terribly wrong.

It’s a complicated story, one we don’t fully understand yet and probably won’t for years. But several factors converged to create this American carnage. The first and most obvious is the radicalized base of the Republican Party. The party has long been a mix of conservatism and populism, but over the years it has became less traditionally conservative, at least in the way Edmund Burke, James Madison and Michael Oakeshott have understood conservatism. The base became increasingly reactionary and populist, anti-elite and anti-establishment, disdainful of science and reason, consumed by grievances and fear.

Among the things that characterized Republican primary voters — not all of them, but large swaths of them — was rage at politicians. This was combined with the belief that the system was rigged against them and that America, to become great again, needed someone in office who would operate outside the usual boundaries. The prevailing attitude was that you had to destroy the village in order to save it. Governing experience was viewed with suspicion, evidence that one had been enlisted in the “deep state.” Civility and compromise were seen as weakness; “owning the libs” was the name of the game. These feelings were amplified in a right-wing ecosystem that thrived off creating conflict and creating enemies. Politics had become too boring; things needed to be livened up.

Enter Donald J. Trump — demagogue, con man, reality television star. A man without any governing experience, Mr. Trump was almost proudly ignorant on policy matters. But what he did know how to do, with frightening success, was inflame the passions of the Republican base, to play to their fears and resentments, especially their racial and ethnic resentments, to turn them against our institutions and constitutional order, and to feed them lies and conspiracy theories.