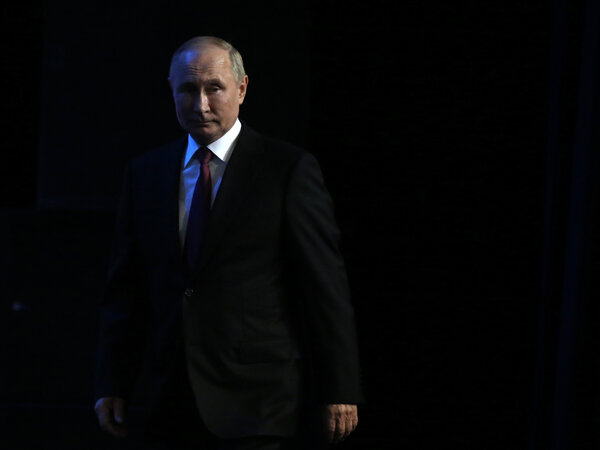 At a 1985 banquet marking the 30th anniversary of National Review, with Ronald Reagan in attendance, William F. Buckley Jr. gave a speech celebrating the American nuclear deterrent, and the willingness of the American president to use it. Those weapons and that willingness, Buckley declaimed, had sustained American freedom through the Cold War, so that future generations could look back and be grateful that “at the threatened nightfall, the blood of their fathers ran strong.”

Some decades later, after Reagan’s passing, Buckley would write that he had changed his mind. He now believed that “the critical moment having arrived,” Reagan “would in fact not have deployed our great bombs, never mind what the Soviet Union had done.”

This anecdote matches the general evolution in perceptions of Reagan’s presidency. While in office, he was loved or feared as a hawk; today he’s increasingly remembered as a peacemaker. But it also illustrates the deep uncertainty at the heart of every attempt to analyze and make predictions about the use of nuclear weapons.

Across almost eight decades the possibility of nuclear war has been linked to complex strategic calculations, embedded in command-and-control systems, subject to exhaustive war games. Yet every analysis comes down to unknowable human elements as well: Come the crisis, the awful moment, how does a decisive human actor choose?

This problem is worth pondering because the world is probably now closer to the use of nuclear weapons than at any point in decades — and just how close may depend on the unknowable mental states of the Russian dictator.

In one sense, this week’s speech by Vladimir Putin announcing ‌a larger-scale mobilization in his war against Ukraine arguably pushed the nuclear danger a little further off, since it committed him to a deepening of conventional conflict. But the nuclear threat has always been linked to Russian desperation in this conflict, and his move was undoubtedly a desperate act. The policy’s deep unpopularity promises to make Putin’s government much more internally vulnerable than it has been through the war to date, and it doesn’t promise any certainty of military success. At best, the mobilization may help Russia hold on to its limited, too-costly conquests; at worst it will just feed miserable conscripts into a collapsing front.

And the mobilization speech was explicit in its promise that a full collapse simply would not be permitted, even if that required the use of nuclear arms. By announcing referendums in ‌‌occupied regions of Ukraine, Putin was essentially declaring that Russia intended to absorb them into its own territory. By promising to defend Russian territory ‌‌with‌ “all the means at our disposal” he was pledging to defend the conquests with, at the very least, tactical nuclear strikes.

This creates an unusually perilous dynamic. We are not in a traditional balance-of-terror situation, where nuclear superpowers are threatening one another with massive retaliation and the greatest danger is the sort of miscalculation or simple accident that brought us close to the precipice a few times in the past.

Instead, we have an active conflict, a hot war, where a non-nuclear power is trying to win a victory with conventional forces and the other side is attempting to draw a red line past which nukes will be deployed — meaning that if the war continues on its current trajectory, that side’s bluff will be called, and it will face an immediate choice between the nuclear option and defeat.

The closest Cold War parallels might be Fidel Castro’s desire for Soviet nukes to defend his regime against invasion, or Douglas MacArthur’s request for permission to use nuclear weapons to forestall outright defeat in the Korean War. Both were cases like the current one, where the contemplated use was not an overwhelming Strangelovian exchange but a tactical intervention to prevent a conventional defeat.

This doesn’t mean that we should expect Putin to use nuclear weapons (and it’s unclear from the Russian chain of command just how singular the decision would be). The world-historical recklessness of such a decision would carry its own potentially regime-destroying consequences — the possibility of escalation to outright war with NATO, the total abandonment of Russia by its remaining quasi-friends and the full collapse of its economy. It’s a reasonable-enough bet that even facing defeat, he or his regime would blink.

But you don’t bet on nuclear war the way you bet on other outcomes. Suppose there were “only” a 20 percent chance of the nuclear taboo being busted: That would still be a terrifying rather than a reassuring figure. And while the West’s Ukraine hawks, who are currently inclined to play down the nuclear risk, have gotten a lot right about this war, one of the key things they’ve been right about is that the aging Putin is more a reckless, ideologically motivated gambler than a cold-eyed statesman. What does that imply for nuclear peril? Nothing good.

So I return to a point I’ve made throughout this war. American support for Ukraine is good and necessary, but there is a point at which Ukraine’s goals and America’s interests may diverge, and the combination of Ukrainian military breakthroughs and Russian nuclear threats brings that point closer than before — the point where the Ukrainians want to go all the way, and we require negotiation and restraint.

I say this understanding why Kyiv might be willing to accept an unusual degree of nuclear risk, even absorb a nuclear strike, for the sake of its own territorial integrity. In a battle for their very freedom, the Ukrainians, no less than Buckley, want their children to look back and say that in the greatest crisis, the blood of their fathers ran strong.

But just as Reagan’s horror of nuclear war turned out to be crucial to his legacy, the policies of Joe Biden — so far successful — will be judged not only on what they achieve for the embattled Ukrainians, but for the peace of the entire world.