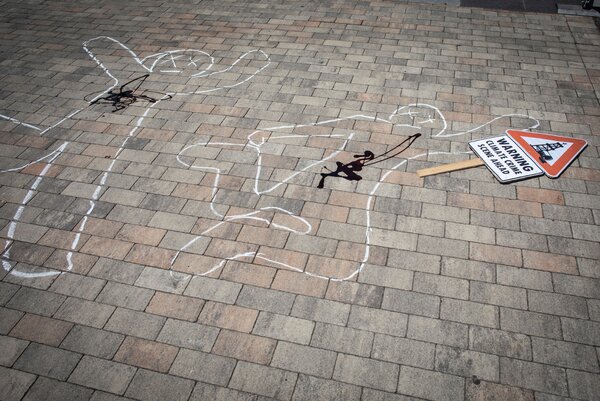 KAMPALA, Uganda — This week, the panel of climate experts convened by the United Nations delivered a clear message: To stand a chance of curbing dangerous climate change, we can’t afford to build more fossil fuel infrastructure. We must also rapidly phase out the fossil fuels we’re using.

In moments like this, the media rarely focuses on African countries like mine, Uganda. When it does, it covers the impacts — the devastation we are already experiencing and the catastrophes that loom. They are right to: Mozambique has been battered in recent years by cyclones intensified by climate change. Drought in Kenya linked to climate change has left millions hungry. In Uganda, we are now more frequently hit by extreme flash floods that destroy lives and livelihoods.

But this latest report from the Intergovernmental Panel on Climate Change, on how to reduce greenhouse gas emissions and prevent more of these impacts, has implications for Africa’s energy systems, too. Africa isn’t only a victim of the climate crisis, but also a place where infrastructure decisions made in the coming years will shape how it unfolds.

TotalEnergies, a French energy company, this year announced a $10 billion investment decision, which involves a nearly 900-mile oil pipeline from Kabaale, Uganda, to a peninsula near Tanga, Tanzania. From there, the oil would be exported to the international market.

Despite local opposition, TotalEnergies and a partner, the China National Offshore Oil Corporation, have pushed ahead. The project might have a difficult time securing additional financing, as many banks have already ruled out the project. The multinational insurance company Munich Re has also vowed not to insure it at least in part because of the harm it would do to the climate.

Burning the oil that the pipeline will transport could emit as much as 36 million tons of carbon dioxide per year, according to one estimate. That is roughly seven times the total annual emissions of Uganda.

More immediately, the East African Crude Oil Pipeline will have terrible consequences for people in Uganda and Tanzania. An estimated 14,000 households will lose land, according to Oxfam International, with thousands of people set to be economically or physically displaced. There are reports that compensation payments offered to some communities are completely insufficient. The pipeline will also disturb wildlife habitats. The climate writer and activist Bill McKibben said that it looks almost as if the route had been “drawn to endanger as many animals as possible.” An oil spill would be even more catastrophic for habitats and our freshwater supplies. (TotalEnergies and the China National Offshore Oil Corporation previously said they are working to avoid causing damage to the countries.)