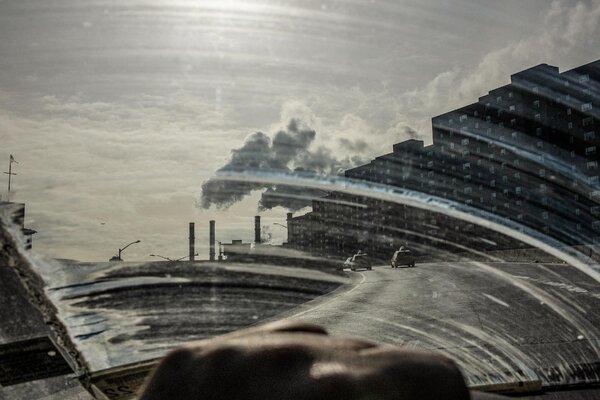 How bad is the climate stalemate? In the United States, we have gotten used to legislative inaction, on climate as with much else. But even by those debased standards a failure to pass a major emissions-cutting bill this Congress would be, potentially, a generational setback — pushing hopes for paradigm-shifting legislation so far over the time horizon they effectively disappear. To listen to many on the environmental left, it could prove to be a defeat worse than the election of Donald Trump — potentially more damaging both because it comes at a more perilous and urgent time and because it’s not at all clear when the next opportunity would materialize.

At the moment, prospects for such a bill seem grim. The key vote, Senator Joe Manchin of West Virginia, has rejected version after version of Build Back Better and has recently begun huddling with Republicans to talk about a bipartisan energy bill — which may or may not be political theater, and surely signals at least frustration with, and possibly disinterest in, negotiating further with other Democrats and the White House.

But since Memorial Day is one conventional-wisdom deadline for introducing new legislation, since no major replacement has publicly emerged, and since the political prospects for passing anything headlined by climate action on a bipartisan basis seem intuitively thin, the most recent iteration of Build Back Better still hangs in the air as a sort of natural comparison point and conceptual model — what we talk about when we talk about Democrats passing climate legislation. And when we talk about it in those terms, the cost of inaction looks really, really large.

Here are seven ways of tabulating it.

We would add about five billion tons of additional carbon to the atmosphere.

It can be hard to calculate the precise effect of legislation before it is passed and implemented (as some of the underwhelming impacts of Obamacare have demonstrated). But a team of Princeton researchers led by Jesse Jenkins, an assistant professor of energy systems engineering and policy, has been running real-time projections of the impact of Build Back Better as it evolved (including finding that when the bill was revised to offer much more carrot and much less stick, there was a negligible effect on its estimated impact.)

With no bill at all, by 2030, Jenkins and his REPEAT (Rapid Energy Policy Evaluation and Analysis Toolkit) team calculate, the country would be 5.5 billion tons short of a net-zero pathway by 2030. Five billion of those tons would be the result of this legislative failure, and the gap would be growing by the year; in 2030, they calculate an annual shortfall of 1.3 billion.

President Biden has repeatedly pledged to make America carbon-neutral by 2050, and to meet the necessary interim target of cutting the country’s emissions in half by 2030. Overall, Jenkins and his team calculate, legislative failure would leave 91 percent of the job unfulfilled.

Jenkins also estimates that failure to pass the bill will cost two million American jobs, compared to a future in which it had become law; withdraw $1.5 trillion of necessary investment from new energy supplies and sectors, potentially killing the future of not just much-debated carbon-capture projects but also nuclear and hydrogen power as well; and raise overall energy expenditure by 7 percent nationwide, despite what critics often say about the “costs” of clean energy.

We almost certainly lose two years — and possibly a decade or more.

It’s always foolish to game out legislative dynamics past the next election. But as Beltway thinking currently holds, it is a very safe bet that Democrats will lose at least one chamber of Congress this fall, and given the shape of the Senate map (and its much-discussed imbalance toward Republicans) it isn’t likely that Democrats would regain a legislative trifecta before … well, honestly, it’s hard to say when. Perhaps 2026, 2028, or potentially past 2030, at which point the country is supposed to have cut its carbon emissions in half.

For the most casual observers, another delay may seem like not a terrifically big deal — a failure now, sure, but, hey, we’ll get it done next time. But even putting aside the matter of the Senate map, climate action doesn’t work that way. Push a bill expanding health care back a decade and you impose 10 years of needless suffering, but you don’t make it trickier — or impossible — to reach the same number of uninsured at the end of that time. With climate, every year of delay eats into our carbon budget, raises global temperatures, and makes the future path to any hoped-for target that much more vertiginous, as this memorable graph from last fall by the German scientist Lasse Kummer, illustrating the global story, makes quite clear:

Tens of thousands of American lives would be needlessly lost to air pollution.

According to REPEAT, at least 24,000 additional Americans would die by 2030 without Build Back Better than would if it became law, all from the effects of air pollution produced by the continued burning of fossil fuels.