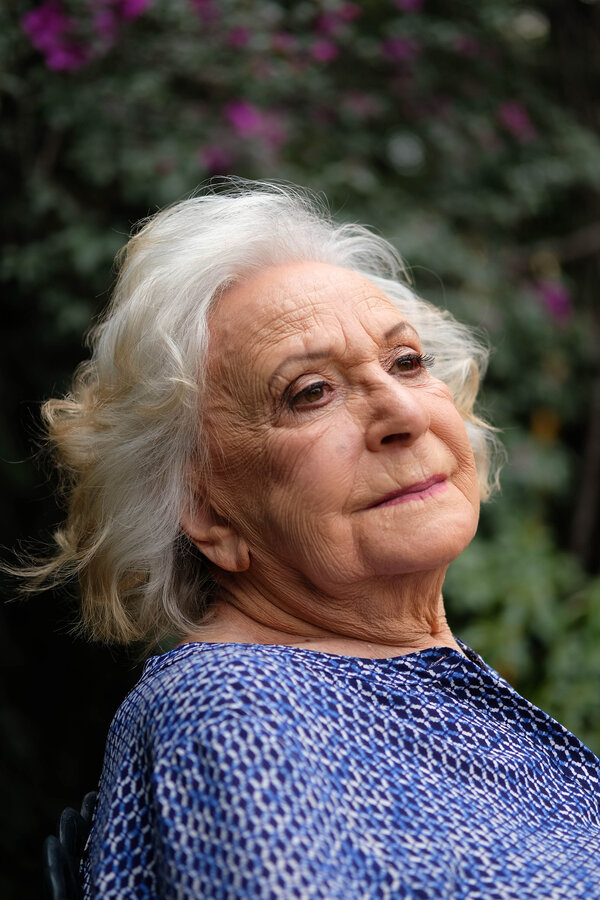 Re “Can We Really Picture Auschwitz?” (column, April 4):

Thank you to Bret Stephens for bringing Buba Weisz Sajovits’s powerful paintings to light. Such art brings us a bit closer to the ineffable. It captures something of the terror, the horror, the trauma.

I am grateful that Buba’s story and that of her husband, Luis Stillmann, are being told. Such accounts, as Mr. Stephens notes, “restore the human dimension.” Together with statistics, they tell a story. Details need not be numbing; they edify those who want to know.

But the answer to the headline of the column is no. We cannot picture Auschwitz or Bergen-Belsen. I’ve tried. Over decades, I’ve conducted research and visited these sites. In the words of every survivor I know, you had to have been there. No image or film could show what defies the human imagination.

Bernice Lerner
Cambridge, Mass.
The writer is the author of “All the Horrors of War: A Jewish Girl, a British Doctor and the Liberation of Bergen-Belsen.”

Re “Skaters Use Spotlights to Advance Race Issues” (Sports, March 26):

Mabel Fairbanks is one of the most important, and invisible, American trailblazers. She inspired a generation of Black girls and boys to lace up skates and enter the world of figure skating. Nearly a century since she opened the door, some strides have been made in diversifying the sport.

For 25 years, Figure Skating in Harlem has taught thousands of low-income girls of color to skate, along with providing education and leadership programs. Since 2016, 100 percent of our girls have graduated from high school and enrolled in college, far outpacing outcomes for a similar New York City population.

Yet as a nation we need to do more, particularly at a local level. To ensure equity, local rinks must do better to accommodate all children, not just those whose families can pay, and deliver culturally diverse programming that speaks to everyone.

Sharon Cohen
New York
The writer is the founder and chief executive of Figure Skating in Harlem.

Office Life After the Pandemic

“As Working Culture Shifts, Manhattan Is at Precipice” (“A City Remade” series, front page, March 29) suggests that the exodus from office buildings will become “a permanent and tectonic shift in how and where people work.” I would say not so fast: The appeal of this necessary adaptation to the Covid-19 pandemic may change when fears of being together in person dissipate.

We don’t yet appreciate the full effect on mental health of prolonged staying and working at home. Traveling to and working in a group setting can be energizing, and possibly serve to enhance the productivity of those who feel isolated or distressed with remote jobs.

Jeffrey B. Freedman
New York
The writer is a psychiatrist.

The flurry of laws being presented to bar transgender kids from sports is alarming. It reflects the misguided intent of a minority of legislators and state officials as well as their spectacular failure of empathy. These lawmakers are fighting a culture war that doesn’t exist at the expense of children in their communities.

The C.D.C. notes that over a quarter of transgender high schoolers already feel unsafe at school. Legislators should be following C.D.C. guidance to create and enforce anti-bullying policies instead of further isolating transgender kids from their community and schools through sports bans not based on science.

We’ve known for over a decade that laws protecting lesbian and gay youth reduce suicide attempts, and we’ve seen more recently that the same is true for transgender people.

In a country founded on freedom of opportunity, let transgender kids play sports. Let them feel the joy of being on a team. Let them learn from the sting of losing and feel the thrill of winning. Let them play.