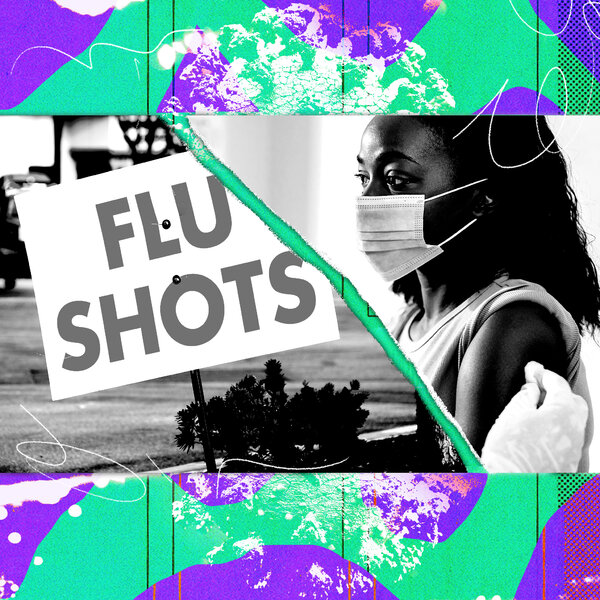 For many months after the coronavirus locked the world into a strange and fearsome new reality, herd immunity was billed as the key to our escape. Vaccinate enough of the population, the theory went — between 60 percent and 70 percent, it was estimated — and the virus would no longer be able to spread widely.

But recently, the tantalizing promise of a clean exit from the pandemic has receded. “There is widespread consensus among scientists and public health experts,” The Times’s Apoorva Mandavilli wrote two weeks ago, “that the herd immunity threshold is not attainable — at least not in the foreseeable future, and perhaps not ever.”

How did herd immunity come to be seen as a remote possibility, and what does a future without it look like? Here’s what people are saying.

Is this all because too many Americans don’t want to get vaccinated?

Vaccine hesitancy is certainly a major factor in the vaccination slowdown — but it’s not the only one.

While 28 million American adults remain outright opposed to getting vaccinated, an even larger number — 30 million Americans, or about 10 percent of the population — say they are open to getting vaccinated but haven’t yet managed to do so, according to an analysis of U.S. census data. This “vaccine amenable” population is predominantly working class, and many of its members have scarce free time and cannot afford to take time from work if they experience side effects.

Dr. Tom Frieden, a former director of the Centers for Disease Control and Prevention, believes the best way to increase uptake among this population is simply to make the vaccine more accessible. “That means walk-in hours,” he said last week. “That means easy locations, easy hours, supporting transportation and setting up pop-up sites outside of everywhere, from ballgames to bars to bowling alleys to shopping centers.”

But even if the United States could vaccinate a large majority of its population, global obstacles to herd immunity are likely to remain.

The longer the virus has to spread uncontrolled in unvaccinated parts of the world, the more opportunities it will have to develop such variants, which would inevitably make their way to the United States. And right now, the global distribution of vaccines remains staggeringly unequal, with only 0.3 percent of all doses administered in low-income countries.

Just as vaccine access is a global problem, so is vaccine hesitancy: About 32 percent of adults worldwide — or 1.3 billion people — said they would not take the vaccine, according to a Gallup poll released this month.

All of these factors make global elimination of the coronavirus an unlikely prospect: A January survey conducted by the journal Nature of more than 100 immunologists, infectious-disease researchers and virologists found that about 90 percent expected the coronavirus to become endemic, meaning it will circulate at a constant level around the world for years to come.

Does this mean life will never return to normal?

No. Many experts now say that the fixation on herd immunity as the only path back to normalcy is misguided. “Achieving herd immunity is a matter of numbers and can become a distraction from what people actually care about,” Abraar Karan, a global health physician at Brigham and Women’s Hospital and Harvard Medical School, and Julie Parsonnet, an epidemiologist at Stanford, write in The Washington Post. “For many people, it’s more important to see loved ones without worry or to live without having to wear masks in public spaces.”