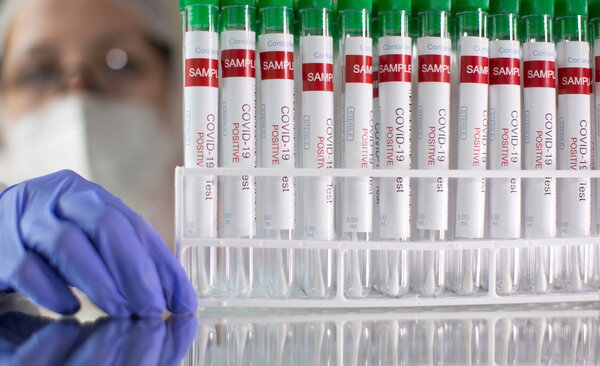 By Gail Collins and Bret Stephens

Ms. Collins and Mr. Stephens are opinion columnists. They converse every week.

Bret Stephens: Hello from Covid quarantine, Gail, breakthrough-case edition. It’s been six months since my second shot of Moderna, and — presto! — I got it.

Gail Collins: Bret! I’m so sorry you’re sick. Or sickish? Do you think the vaccine protected you from really serious illness? Basically want to know how this affects your thoughts on the vax debate.

Bret: My case seems mild so far, touch wood, which I attribute to the vaccine’s capacity to prevent severe illness. Either that or the Delta variant wanted nothing to do with me the moment it got wind of my views on the climate summit in Glasgow.

Gail: I’m sure Delta is an avid reader.

Gail: Now long-term, is this how you envision our future? With Covid, for the vaccinated, just like another kind of respiratory illness that has its season? If so, I guess we’ll just adapt and people will eventually lose interest — the next generation of Covid sufferers will be lucky to get a gift of Snickers.

Or does the fact that there are so many folks in denial mean something worse?

Bret: So hard to say. The scary news is the abrupt rise in cases in New Mexico, where nearly a quarter of recent hospitalizations involve fully vaccinated patients. Seems to me like a pretty good argument for making booster shots immediately available for the entire adult population, nationwide. The good news is that if the antiviral pills from Merck and Pfizer are as effective as they appear to be in trials, a lot of lives could be saved and Covid will hopefully become more of a nuisance than a plague.

Gail: Agreed, and although we’re supposed to be arguing, I’ve got to ask you about something else where I’m sure we’re in accord — the death threats to Republican lawmakers who voted for the infrastructure bill. Obviously terrible, but does it mark a new level of social decline or just another typical chapter in the 21st century story?

Bret: We’ve long lived in the land of what Philip Roth called “the indigenous American berserk,” so I guess there’s nothing too surprising here. The surprise, even today, is that the term “berserk” also applies to a former (and possibly future) president of the United States and the congresswoman from Georgia’s 14th district. And for this renaissance of the berserk we have to thank dear old Steve Bannon, who’s busy trying to survive a federal indictment.

Gail: Ah, Steve Bannon — it’s been so long since I had to spend time dwelling on your … character.

Bret: Dwelling on Bannon is like imagining the love child of Lady Macbeth and Peter Griffin from “Family Guy.” Future historians will have to ask how a guy like him wound up doing the kind of damage he did.