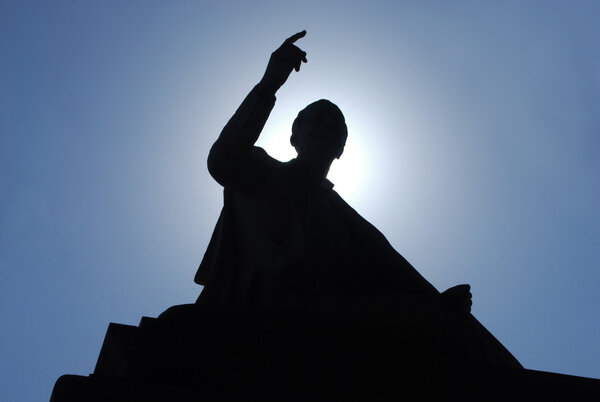 Mr. Beutler is the editor in chief of Crooked Media. He has covered Washington politics for 17 years.

Three simple facts will form the backdrop of the November midterms, and taken together, they are difficult to fully reconcile: First, Democrats are serious underdogs and may be defeated in a wave as devastating as the ones that wiped them out in 1994 and 2010. Second, Donald Trump, the undisputed leader of the Republican Party, has endorsed a slate of G.O.P. primary candidates who are unfit to hold public office in a democracy. Third, Democrats want to help him get those dangerous loyalists nominated to the Republican ticket.

In Arizona, Democrats have intervened on behalf of Kari Lake, a candidate for governor who has fanned lies about the 2020 election and demanded the imprisonment of the Democratic front-runner. In Pennsylvania, Democrats ran ads boosting Doug Mastriano, a Christian theocrat who participated in the Jan. 6 insurrection before running for governor.

To say that the Democratic strategy of putting a thumb on the scale for these charlatans and conspiracy theorists, in this political climate, has alarmed prominent liberals would be an understatement. The MSNBC host Chris Hayes called it “insane.” Barack Obama’s former chief strategist David Axelrod, who once helped orchestrate similar manipulation, recently wrote that in the Trump era, “I fear the tactic.”

But there’s a vast middle ground between giddily encouraging Republicans to nominate weak but unfit candidates and upholding a code of silence about the battles unfolding within the G.O.P. I don’t believe Democrats can remain fully neutral during Republican primaries; they will invariably have to respond to the serial outrages pouring out of MAGA candidates. But they should hone a strategy that does more than simply elevate certain Republicans over the rest of the party simply because Democratic strategists believe voters will find them uniquely dangerous or threatening. That strategy obscures and diminishes the truth staring all of us in the face: that the Republican Party as a whole has radicalized against democracy and can’t be trusted with power.

It’s beyond dispute that playing games in the other party’s primaries can sometimes turn losing races into winnable ones. Democrats maintained a brittle grip on the Senate in the first half of the past decade largely by egging along the G.O.P. in its penchant for nominating extremists. In the canonical case, Senator Claire McCaskill, Democrat of Missouri, ran ads in 2012 that amplified the many wacky things a far-right underdog in the G.O.P. primary named Todd Akin had said, and declared him “too conservative” for office. The reverse psychology worked. Republican base voters loved what they heard. They nominated him, he went on to assert that women’s bodies naturally terminate pregnancies that stem from rape, and Ms. McCaskill won 55 percent to 39 percent, in a state Mr. Obama lost by 10 points.