Home » Analysis & Comment » Opinion | Wonking Out: The Mysteries of the Almighty Dollar 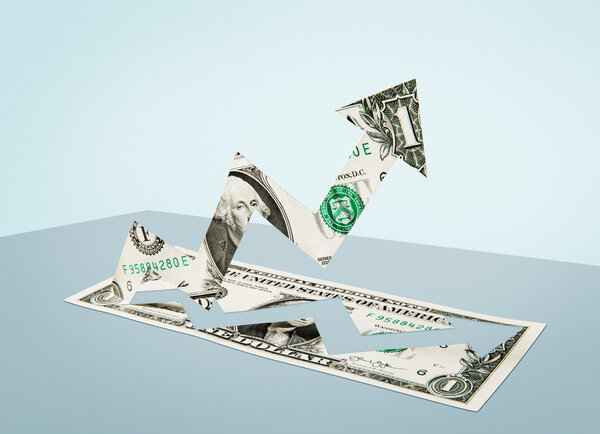 In 1971, John Connally, Richard Nixon’s treasury secretary, told his counterparts from other major economies that “the dollar is our currency, but it’s your problem.” The context — the lingering demise of the Bretton Woods currency system — is ancient history. But his statement, remarkably, still rings true after all these years.

I say “remarkably” because America no longer dominates the world economy the way it once did. In 1960, the United States accounted for about 40 percent of the world’s gross domestic product; now it’s less than a quarter. Furthermore, there are now two other currencies — the euro and the yuan — serving economies roughly comparable in size to our own.

Yet the dollar remains dominant in world financial markets. For example, when emerging market economies borrow abroad, their debt is still overwhelmingly denominated in U.S. dollars:

The dollar’s financial dominance appears to give the U.S. exchange rate — the value of the dollar in terms of other currencies — huge significance in the world economy. A new paper by Maurice Obstfeld and Haonan Zhou argues that there is a global “dollar cycle” — when the dollar is strong, this creates financial and economic stress around the world. And the dollar has been very strong lately:

As I see it, there are three big mysteries about the power of the dollar. The first and easiest is why the dollar remains dominant even though the U.S. economy isn’t. The second, more puzzling question is why fluctuations in the dollar have such strong global effects. Finally, there’s the question of why the dollar has risen so much recently.

On the first question, part of the answer is the role of history. Once a currency has established global dominance, that very dominance tends to become self-perpetuating. Making transactions in dollars is easier and cheaper because so many other people are using dollars; borrowing in dollars tends to be cheaper because a lot of world trade is invoiced in dollars, and the low cost of financing encourages dollar invoicing.

Also, it’s easier and safer to use a currency globally if it’s backed by a home-country financial market in which assets can be easily bought and sold. The combined financial markets of euro-area countries are huge, but they’re also somewhat fragmented — for example, Italian bonds sell at a discount compared with German bonds. And it’s hard to feel secure about relying on Chinese markets when the country maintains controls on movements of funds into or out of the country — and is ruled by an increasingly erratic autocrat.

But even if there are good reasons for the dollar’s dominance, why are the effects of dollar fluctuations so large?

Obstfeld and Zhou argue that because a lot of world debt is denominated in dollars, a rising dollar creates balance-sheet problems around the globe. That makes sense. But I still find the apparent size of the effects startling. I’m especially puzzled by the strength of the relationship between the dollar and the prices of global commodities like oil and wheat.

So the rising dollar helps explain why world oil prices are actually about the same now as they were before Russia invaded Ukraine, and why even the price of wheat has given up much, although not all, of its Putin-induced spike. And these effects of the rising dollar are one reason America is, for the time being at least, experiencing a sort of inflation holiday.

But why is the dollar up so much? At first sight, the answer seems obvious: It’s all about the Fed. The Federal Reserve has been raising interest rates to bring inflation down, which, other things being equal, makes buying dollar assets more attractive and raises the dollar’s value.

But the Fed isn’t the only central bank hiking rates. International economists normally believe that exchange rates are driven by long-term, not short-term, rates — and long-term rates depend not just on what a central bank has already done but on what investors expect it to do in the future.

So here’s the funny thing: Long-term rates have risen as much in Europe as they have in the United States. In December 2021, the interest rate on U.S. 10-year bonds was 1.47 percent; the corresponding rate in Germany was minus 0.38 percent, reflecting investors’ belief that the European economy faces many years of weak growth. As of this morning, the U.S. rate was 3.26 percent, up 1.79 points since December; the German rate was 1.67 percent, up 2.05 points over the same period. So Europe seems to have had as much or more effective monetary tightening as America. Why, then, has the euro plunged?

It’s not hard to come up with possible reasons, especially the fact that Vladimir Putin’s de facto gas embargo is hitting Europe hard. But in any case, dollar strength seems to be about more than the Fed’s fight against inflation.

Whatever the reasons, however, it’s clear that the strong dollar is inflicting a lot of pain on economies around the world. Once again, it’s our currency but their problem. Should this influence policy?

Claudia Sahm, a former Fed economist (inventor of the famous Sahm Rule recession indicator), has been a strong critic of the Fed’s hard line on inflation and more recently has been arguing passionately that the Fed has a responsibility to consider the damage its policies are inflicting on the rest of the world. She has a point.

Unfortunately, I don’t think the Fed will listen — yet. Federal Reserve officials are still deeply worried about the possibility that high inflation will get entrenched in the U.S. economy, and that concern will dominate everything else until there are clear signs that underlying inflation is coming down. Once the Fed feels that it has some breathing room, however, it should start taking international repercussions into account. The dollar may be other countries’ problem, but even a purely self-interested America needs to live in the world our policies help shape.