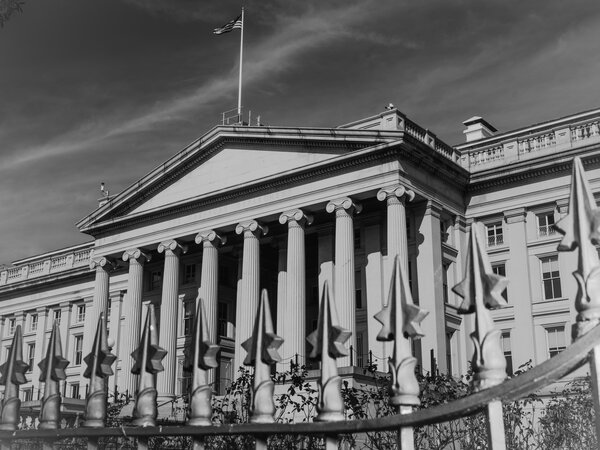 The slim — and thus far dysfunctional — House Republican majority is determined to use the debt limit to force spending cuts they can’t otherwise pass into law. “The American people are the ones that’s demanding the cut in spending,” said Representative Jason Smith of Missouri, the new Republican chairman of the House Ways and Means Committee, on Fox News last week. “We have to have fiscal reforms moving forward. We cannot just give an unlimited credit card.”

Senate Republicans are also eager to use the debt limit for fiscal retrenchment. “It’s long past time for Washington to end the reckless spending of taxpayer dollars and start living within its means,” said Senator Rick Scott of Florida in a statement. “I look forward to working with House Republicans so we can stop caving to the Democrats, finally end Biden’s raging inflation crisis and bring fiscal sanity back to Washington.”

For her part, Janet Yellen, the secretary of the Treasury, said she was prepared to use “extraordinary measures” to keep paying the nation’s bills, although her ability to prevent a default may run out by the start of the summer. It is critical, she said, “that Congress act in a timely manner to increase or suspend the debt limit,” since “failure to meet the government’s obligations would cause irreparable harm to the U.S. economy, the livelihoods of all Americans, and global financial stability.”

As for President Biden, the White House says it will not negotiate. “There is going to be no negotiation over it,” Karine Jean-Pierre, the White House press secretary, said. “This is something that must get done.”

This is the right approach — there were, after all, no negotiations over the debt limit when Donald Trump was president — but Biden could and should go further than rejecting Republican brinkmanship; he should reject the debt limit itself as an unconstitutional use of congressional power.

The debt limit, remember, is not a limit on spending. It is a limit, instead, on the borrowing authority of the federal government. It represents the total amount of money the Treasury is authorized to borrow to meet the obligations of the federal budget under existing law.

What binds the president even further is that the congressional debt limit does not exist by itself. The Constitution is not silent on the question of the nation’s debt. In addition to carrying out the law as written, the president must also respect the demands of Section 4 of the 14th Amendment, otherwise known as the Public Debt Clause, which reads as follows:

The Public Debt Clause, like the rest of the 14th Amendment, is a direct result of the aftermath of the Civil War, passed in 1866 and ratified in 1868 under the military Reconstruction policies of the Republican Congress.

With the end of hostilities and the dissolution of the rebel army, the United States federal government repudiated Confederate debt, making it worthless to the creditors of the rebellion. But as former Confederates re-entered public life, there was real fear among Republican lawmakers that a future majority of southern Democrats and their allies might invalidate Union war debt in retaliation. To prevent this, and secure the nation’s public debt for the future, Republicans added the clause to their draft of the 14th Amendment.

As Senator Benjamin Wade, Republican of Ohio, said after introducing his version of the Public Debt Clause on the Senate floor, “I have no doubt that every man who has property in the public funds will feel safer when he sees that the national debt is withdrawn from the power of a Congress to repudiate it and placed under the guardianship of the Constitution than he would feel if it were left at loose ends and subject to the varying majorities which may arise in Congress.”

The meaning of Section 4 is somewhat unsettled, because there is enough ambiguity in the language to leave it open to multiple interpretations. Still, many legal scholars have taken an expansive view of the clause, drawing on Chief Justice Charles Evan Hughes’s opinion in Perry v. United States, one of the Depression-era “Gold Clause Cases,” in which the court affirmed Congress’s attempt to regulate the monetary system through restrictions on gold ownership.

Hughes wrote that the Public Debt Clause was “confirmatory of a fundamental principle, which applies as well to the government bonds in questions, and to others duly authorized by the Congress, as to those issued before the Amendment was adopted.” Nor, he said, could the court “perceive any reason for not considering the expression ‘the validity of the public debt’ as embracing whatever concerns the integrity of the public obligations.”

Under this formulation, Buchanan and Dorf note, “the validity of the debt of the United States is brought into question whenever the government acts, or threatens to act, in a way that suggests that it will not honor all of its obligations.”

Writing in 2013 for the Duke Law Journal, Jacob D. Charles makes an extended case for this view of the Public Debt Clause, arguing from legislative history and the language of the section itself that it was meant, and is meant, to “encompass the public debt of the United States generally” and applies to circumstances beyond repudiation or default. In Charles’s view, echoing Buchanan and Dorf, the Public Debt Clause covers any action that creates “substantial doubt” about the validity of U.S. debt and the government’s ability to meet its financial obligations.

When Congress takes action that requires the Treasury to borrow additional funds beyond statutory limits, it puts the president in a vice. If forced to act unilaterally, he can only resolve the conflict between the two sets of instructions — the spending bill and the debt limit — by taking one of two unconstitutional actions: raising taxes or cutting spending, neither of which he can do without congressional authorization. More to the point, when Congress puts the president in this situation, it places “substantial doubt on the validity of the public debt” by threatening nonpayment, or default. This, in fact, is what happened in 2011, when Standard & Poor’s removed the United States from its list of risk-free borrowers on account of Republican intransigence over whether to pay the nation’s bills.

One proposed solution to all this is to use accounting tricks and other games to get around the debt limit and render it immaterial. But I think the better option is to take the offensive and confront the issue head on. Biden should make the case that the debt limit, because of the threat it poses to the validity of the nation’s debt, is unconstitutional under the 14th Amendment.

By this reasoning, Congress has no right to prevent the White House from faithfully executing the law and borrowing money in accordance with its own instructions. If and when the Treasury exhausts its extraordinary measures, it should simply keep issuing debt, in order for the federal government to do what it is obligated to do under the Constitution.

This is not the best of a set of bad options; I’d say it is the best option, period. President Biden, like all other constitutional officers, is duty bound to interpret and faithfully adhere to the Constitution. And here, on the question of whether he is permitted to place “substantial doubt” on the status of the national debt, much less to let the nation go into default, the Constitution is clear — or at least clear enough for the president to take a stand.