Home » Business » ABC sells out ad time for the Oscars, even as fewer people are expected to watch. 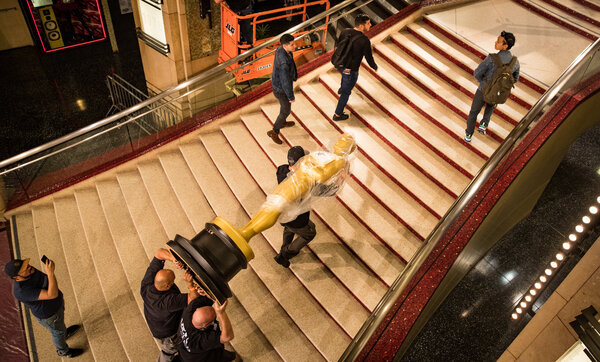 By Brooks Barnes and Tiffany Hsu

ABC has sold out its advertising inventory for the pandemic-delayed Academy Awards on Sunday, with companies like Google, General Motors, Rolex and Verizon spending an estimated $2 million for each 30-second spot, according to media buyers — only a slight decline from last year’s pricing even though the television audience is expected to be sharply smaller.

Rita Ferro, president of Disney Advertising Sales, which sells ads on Disney-owned ABC, announced the sellout. She declined to comment on pricing or say how much revenue Disney will generate from the telecast. Last year, the Oscars pulled in about $129 million across 56 ads, according to Kantar Media, a research firm. (A red-carpet preshow attracted $16.3 million across 42 ads.)

Additional revenue comes from “integrations” and other sponsorships. For the first time, for instance, ABC will have a sponsor for closed-captioning (Google). The upshot: ABC’s revenue for the telecast is estimated to have declined only 3 to 5 percent from last year — a tiny drop compared with the expected 50 to 60 percent decline in viewing.

The ceremony is “one of those big cultural moments,” Andrew McKechnie, Verizon’s chief creative officer, said of the company’s decision to buy ad space. “The broadcast this year will be a bit different,” he acknowledged, “but the event will still be an impactful one and an important one for us to show up in.”

Last year, about 23.6 million people watched “Parasite” win the Academy Award for best picture, according to Nielsen data. That was a 20 percent drop from the previous year and a record low. On Sunday, nine million to 12 million people are expected to tune in.

Audiences have been turning away from awards telecasts for years, but ratings have nose-dived during the pandemic. Without live audiences, the shows have been drained of their energy. Big studios have also postponed major movies, leaving this year’s awards scene to downbeat art films.

ABC does not guarantee an audience size to Oscar advertisers, thus removing any potential for so-called make-goods — additional commercial time at a later date — if ratings tumble.

ABC has been able to keep ad rates high in part because of the fragmentation of television viewing. Oscars night is a shadow of its former self — it attracted 57 million viewers in 1998 — but still pulls in one of the largest audiences on broadcast television, certainly for a nonsports telecast. New advertisers this year include Apartments.com and Freshpet dog and cat food. Expedia and Adidas have bought commercial time to introduce new campaigns.

“We’re very pleased with where we are,” Ms. Ferro said, citing “the quantity, the caliber and the diversity of the advertisers in the show.”