Workers at a warehouse in Bessemer, Ala., are to vote next month on whether to unionize, the largest and most viable effort of its kind involving the technology giant. 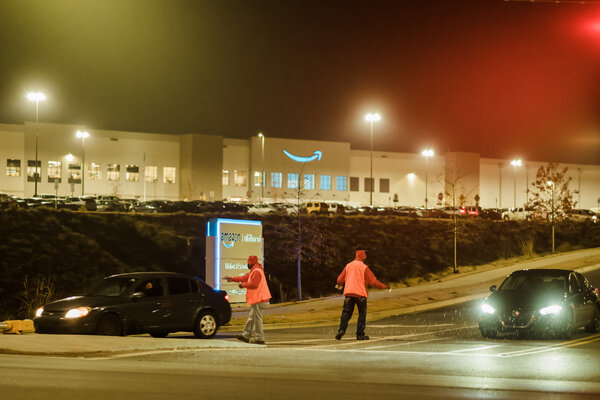 By Michael Corkery and Karen Weise

The largest, most viable effort to unionize Amazon in many years began last summer not in a union stronghold like New York or Michigan, but at a Fairfield Inn outside of Birmingham, in the right-to-work state of Alabama.

It was late in the summer and a group of employees from a nearby Amazon warehouse contacted an organizer in the Retail Wholesale and Department Store Union. They were fed up, they said, with the way the online retailer tracked their productivity, and wanted to discuss unionizing.

As the workers arrived at the hotel, union officials watched the parking lot to make sure they had not been followed.

Since that clandestine meeting, the unionizing campaign at Amazon’s fulfillment center in Bessemer, Ala., has moved faster and further than just about anyone has expected. By late December, more than 2,000 workers signed cards indicating they wanted an election, the union said The National Labor Relations Board then determined there was “sufficient” interest in a union election among the warehouse’s roughly 5,800 workers, which is a significant bar to hit with the government agency that oversees the voting process. About a week ago, the board announced that voting by mail would start next month and continue through the end of March.

Just getting to an election is an achievement for unions, which have failed for years to break into Amazon. But persuading the workers to actually vote for a union is a bigger challenge. The company has begun to counter organizing efforts by arguing that a union would saddle workers with dues without any guarantee of higher wages or better benefits.

This will be the first union election involving the company in the United States since a small group of technical workers at a warehouse in Delaware voted against forming a union in 2014.

Much has changed since that vote seven years ago that has allowed organized labor to make inroads with Amazon employees in a place like Alabama.

Most of that change had come in the past year during the pandemic, as workers from meatpacking plants to grocery stores have spoken out, often through their unions, about the lack of protective gear or inadequate pay.

The retail union has pointed to its success representing workers during the pandemic as a selling point in Bessemer.

“The pandemic changed the way many people feel about their employers,” said Stuart Appelbaum, the retail union’s president. “Many workers see the benefit of having a collective voice.”