Home » Business » As Lumber Prices Fall, the Threat of Inflation Loses Its Bite

From sawmills to store shelves to your own hammer swings, lumber can tell you a lot about what’s going on in the economy right now.

Lumber prices soared over the past year, frustrating would-be pandemic do-it-yourselfers, jacking up the costs of new homes and serving as a compelling talking point in the debate over whether government stimulus efforts risked the return of 1970s-style inflation.

The housing-and-renovation boom drove insatiable demand for lumber, even as the pandemic idled mills that had already been slowed by an anemic construction sector since the 2008 financial crisis. Lumber futures surged to unprecedented heights, peaking at more than $1,600 per thousand board feet in early May.

But since then, the prices of those same plywood sheets and pressure-treated planks have tumbled, as mills restarted or ramped up production and some customers put off their purchases until prices came down.

It’s a dance of supply and demand that has reassured many experts and the Federal Reserve in their belief that painful price spikes for everything from airline tickets to used cars will abate as the economy gets back to normal.

“Many of the extreme price spikes we’ve seen in recent months are likely to reverse for Econ 101 reasons,” said Jan Hatzius, chief economist at Goldman Sachs.

Lumber prices in the futures market, for example, are down more than 45 percent from their peak, slipping below $1,000 for the first time in months. That’s still high — between 2009 and 2019, prices averaged less than $400 per thousand board feet — but the sell-off has been gaining momentum over the last few weeks. The price has fallen in 11 of the last 12 trading sessions, including a 0.5 percent drop to settle at $900.80 on Friday, according to FactSet data. 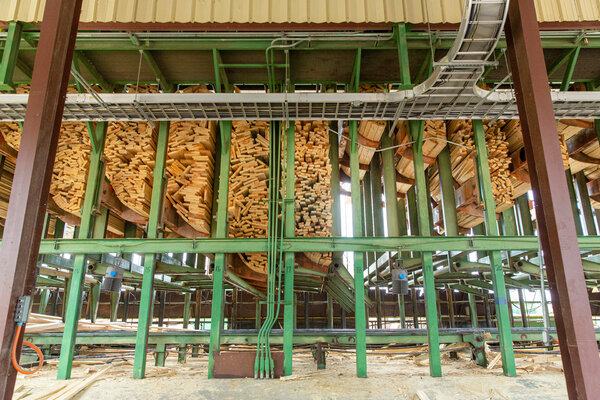 Why have prices fallen so fast? It’s partly because they set off a surge of production at the country’s roughly 3,000 sawmills.

Mostly concentrated in the rich belt of Southern yellow pine that stretches from the woods of East Texas to the Carolinas, mills buzzed back to life in a rush to sell wood for prices few would have imagined possible a couple of years ago.

In Thomasville, Ala., Westervelt Lumber is adding a second shift to meet demand for the pine boards it produces.

In El Dorado, Ark., Montreal-based Resolute Forest Products has invested about $11 million so far to restart a mill that the previous owner had idled, raising its work force to about 140 people.

“Considering the business climate and the continued demand for lumber, we certainly have tried to move that along as quickly and safely as we could manage,” said Seth Kursman, an executive at Resolute.

In the meantime, while the price declines filter into the consumer market, demand has cooled down.

“The do-it-yourself sector, it’s not as robust as it was a year ago when homeowners were locked down and using stimulus and travel money to do a lot of home improvement,” said Shawn Church, editor of Fastmarkets Random Lengths, a trade publication that covers the industry.

The professional homebuilding industry, the largest source of demand for lumber, is also decelerating from a breakneck pace, with some builders citing high prices for wood as a reason to hold off on construction.

Those decisions by consumers and companies are a major reason some analysts think the recent rise in inflation is the result of temporary mismatches in supply and demand, rather than a harbinger of runaway price increases stoked by all the money pouring into the economy.

The Federal Reserve has created trillions of new dollars since the coronavirus hit and kept interest rates at rock-bottom levels. At the same time, the federal government is running record deficits, driven by spending on relief measures like stimulus checks, enhanced unemployment benefits and small-business relief efforts in a bid to hasten the recovery from the pandemic.

Recent economic indicators have given credence to the idea that all that easy money will trigger inflation: In May, the Consumer Price Index, a broad measure of the costs of typical items that Americans buy, rose 5 percent compared from a year earlier — the fastest pace in 13 years.

But runaway inflation of the kind seen in the United States in the late 1960s and 1970s is a psychological process as much as an economic one. When inflationary expectations take hold, people become convinced that prices are on a never-ending escalator. They rush to buy now, at any price, and increases become a self-fulfilling prophecy.

“We don’t have that kind of buying frenzy that creates sustained inflation,” she said. “To me, this is very, very different than the 1970s.”

Officials at the Fed, who have long argued that any price rise would be temporary, view the situation in much the same way.

“Our expectation is that these high inflation readings that we’re seeing now will start to abate,” the Fed chair, Jerome H. Powell, said at a news conference on Wednesday after the central bank’s most recent decision to leave interest rates unchanged. “That’s what we think. And it’ll be like the lumber experience.”

Other experts aren’t so sure.

Michael Strain, an economist at the American Enterprise Institute, a right-leaning think tank, said problems with the supply chains for lumber, semiconductors and automobiles were likely to resolve themselves over time, helping to bring down prices that have spiked recently. But the risk of inflation doesn’t depend on continuously rising prices for the same set of commodities.

“The question instead is whether or not the existence of these one-off factors, kind of one after the other, sustained over a period of several months, will change the way people think about future price increases and make them more likely to go into their bosses’ offices, demand a raise,” Mr. Strain said. “And I think the answer at this point is we don’t know.”

Selective workers have been a challenge for Hankins Lumber.

The company recently opened a second sawmill to cut timber posts out of smaller trees, bringing its total employment to nearly 200. But Mr. Hankins said he had to hold two job fairs to hire 45 people to work in sometimes grueling conditions: Workdays last from 5:30 a.m. to 6:30 p.m., with half-days on Saturday. In the lumber mill, workers wrestle logs into position, clear jams and replace saw blades in cutting sheds thick with sawdust and without air conditioning.

The temperature outside on Wednesday was 92 degrees, Mr. Hankins said. Inside the mill it was 110.

“It’s a lot of hard labor that goes into it, to make the product that we make,” he said.