SYDNEY (Reuters) – Australia’s Treasury Wine Estates Ltd (TWE.AX) said it may spin off the prestigious Penfolds label and shrink its low-end “commercial” division in the United States as it seeks ways to grow profit amid upheaval brought by the coronavirus crisis. 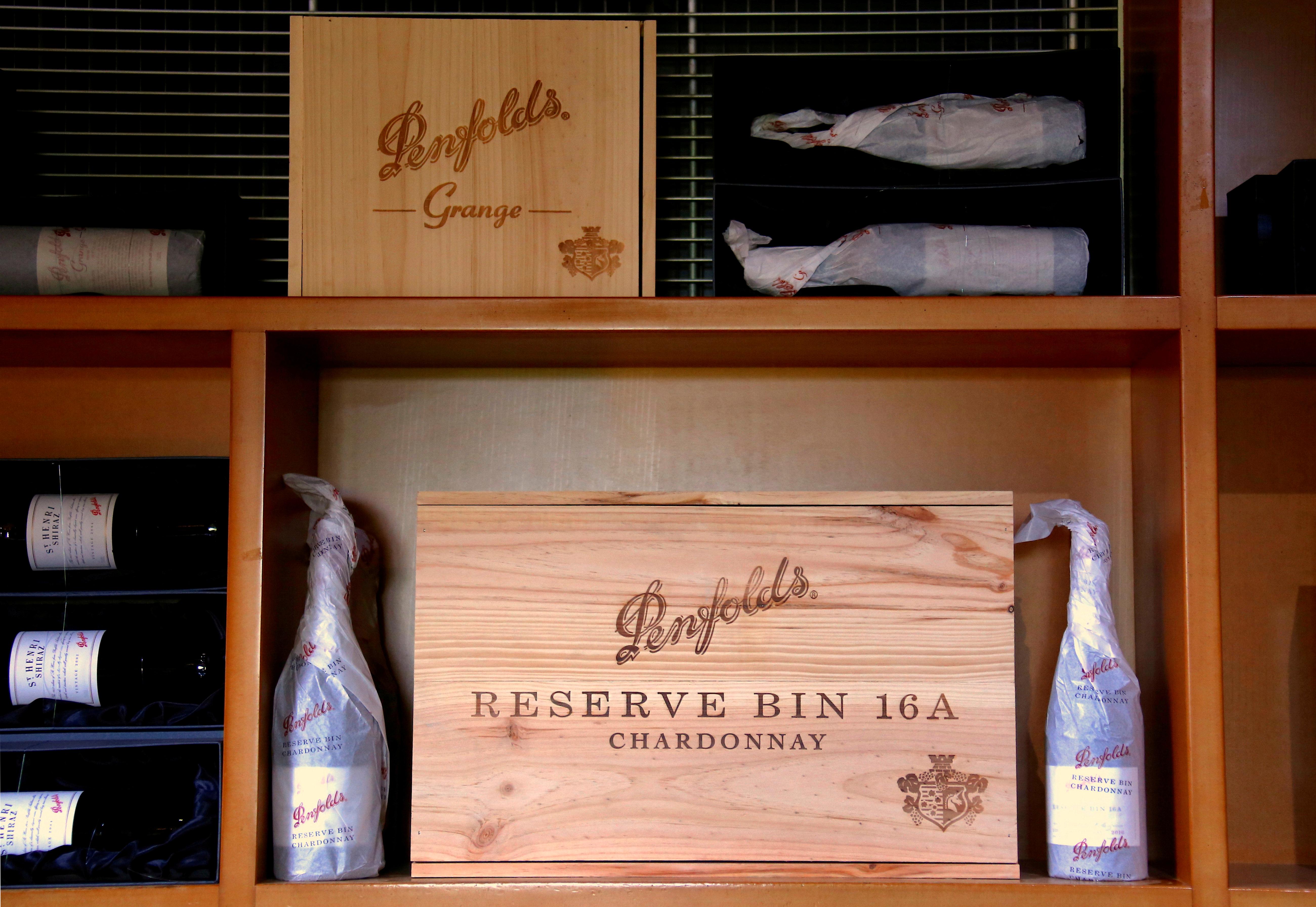 The world’s biggest stand-alone winemaker said it was weighing up the measures as restrictions on movement around the world to slow the spread of the illness upend its sales, although it said people were buying more cheap wine to drink at home.

A Penfolds spin-off would give investors a chance to own shares of one of the world’s best-selling high-end drops without exposure to changes in the profitability of mid-range and lower-end products. Treasury also has the Wolf Blass, Lindeman’s and 19 Crimes labels.

“A potential demerger would enhance (Treasury’s) and Penfolds’ ability to pursue their own strategic priorities and deliver a stronger long-term growth profile under separate teams and ownership structures,” said Chief Executive Michael Clarke in a statement.

Penfolds generated about 10% of Treasury’s sales volume but more than half its earnings, added the company which posted a net profit of A$211.4 million in the six months to Dec. 31. Whether and when to carve out the top-shelf label would depend on market conditions once the coronavirus outbreak was contained, it said.

Shares of Treasury defied a weaker market to be up as much as 6% in morning trading, as investors began to price in the earnings potential of an unencumbered Penfolds. Under the proposed demerger, Treasury shareholders get Penfolds shares, the company said.

“They have a lot of brands but most of them are pretty useless for valuation,” said Mathan Somasundaram, market portfolio strategist at Blue Ocean Equities.

“They probably need a catalyst to keep the market interested and it’s one they can keep talking about for the next year and a half.”

Even before the coronavirus pandemic effectively froze the social life of half the world’s population, weighing on wine sales in restaurants and bars, Treasury reported that competitive pressure was dragging on its growth in the United States.

Like many other Australian companies, Treasury has since withdrawn its earnings guidance, citing the unknown impact of shutdowns associated with the new coronavirus which has so far infected about 6,000 Australians and led to in 50 deaths.

Treasury’s biggest market is China, where it said on Wednesday that “while consumers are getting back to work, socialising and consumption levels remain at subdued levels”, affecting its sales.

Globally, it said shopping patterns reflected “propensity for in-home consumption during government-imposed shutdown periods”, but that sales were skewed towards lower-margin products.

Regardless of whether the Penfolds spin-off went ahead, Treasury said it would cut the “size and scale of its commercial wine business, particularly in the United States”, including dropping or selling brands to focus on more expensive, wider-margin labels.