TORONTO (Reuters) – Canadian and U.S. cannabis companies are facing a spike in already high costs of insurance to protect top executives from personal liability, following a slew of lawsuits by disgruntled investors alleging fraud and misinformation, with more such action expected. 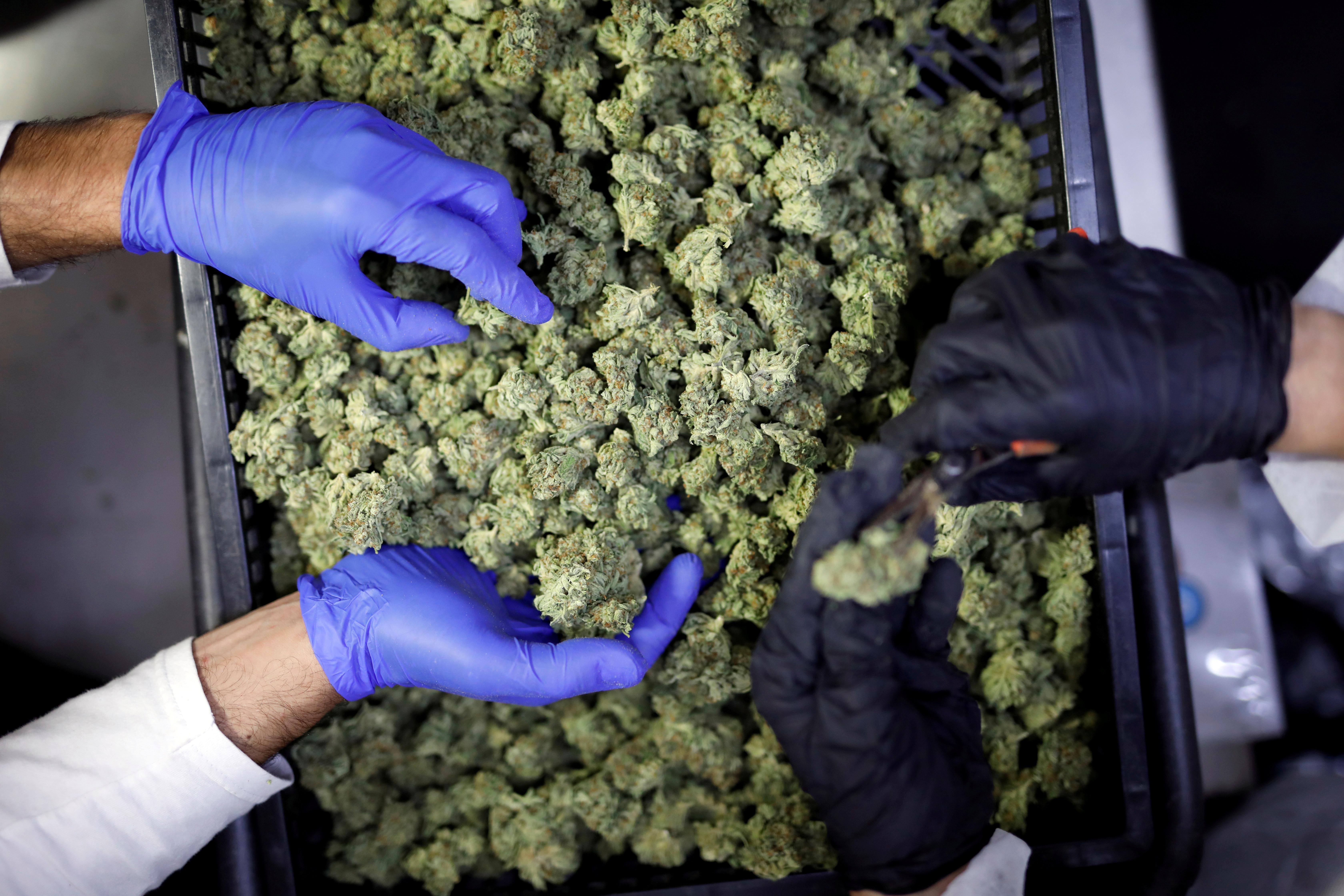 Some of the biggest cannabis companies, including Medmen Enterprises, Canopy Growth, CannTrust Holdings, Aphria Inc and Columbia Care, have faced shareholder litigation, accusing leaders of false claims, failing to act in the interest of all shareholders and attempts to defraud investors.

The lawsuits are yet another sign of souring sentiment against an industry that has failed to deliver on promises of boundless growth. And the rising costs are another headwind for companies already shuttering operations and cutting jobs due to slower-than-expected demand.

“More frequently we’re seeing prospective investors and board members requiring (directors’ and officers’) coverage in place prior to engaging with a company in order to ensure adequate protection in the event of…litigation,” said Charles Grodecki, senior vice president at insurance brokerage AmWINS Brokerage of the Carolinas.

“With claims starting to roll in, we’re beginning to see higher entry-level premiums.”

Cannabis companies generated a lot of investor excitement in recent years as the drug was legalized for recreational use in Canada and 11 U.S. states as well as the District of Columbia. Marijuana is authorized for medical use in many more.

But investors have faced losses as well as coronavirus-driven market downturns, and they are increasingly likely to target companies and executives who have not delivered on big promises, like cannabis firms, said Ian Stewart, partner at law firm Wilson Elser.

That could drive rates and deductibles higher, with the industry already paying well above what non-cannabis companies pay for similar insurance products.

A spokeswoman for Canopy declined to comment. Medmen, CannTrust, Aphria and Columbia Care did not respond to requests for comment.

The Horizons Marijuana Life Sciences Index ETF has lost 61% over the past year, while the S&P 500 index is up 6%.

Entry-level premiums for directors & officers (D&O) insurance for public companies have more than doubled to $250,000 for $1 million cover over the past year or so, on top of as much as $1 million firms must pay before the coverage kicks in, known as retention, according to AmWINS.

Most major insurers do not offer cannabis D&O policies because cannabis is not legal under U.S. federal law and the nascent industry has increased risks.

There are even fewer insurers now, said Kirk Miller, executive producer at cannabis risk-management firm Nine Point Strategies. Insurance market Lloyd’s of London and the insurance regulator of Bermuda have prohibited insurers from underwriting cannabis coverage in the United States.

“With both Lloyd’s and (insurers from) Bermuda pulling out of the U.S. cannabis market, coupled with the 25+ security class-action lawsuits over the last two-and-a-half years… underwriters’ appetite for cannabis is narrowing,” he said.

The heavy demand and a dearth of suppliers has kept prices extremely high.

A cannabis D&O policy is about three to seven times more expensive than a company in a decade-old industry, even in Canada where marijuana is federally legal, said Richard McGee, director at cannabis-focused underwriter Next Wave Insurance Canada.

Most of the lawsuits have not yet been heard in court. But a determination of intentional wrongdoing or fraud could remove legal protections against personal liability and trigger insurance exemptions, leaving companies and executives’ assets exposed.

In May, law firm Kasowitz Benson Torres named Columbia Care’s founders as defendants in a lawsuit on behalf of a group of investors, accusing them of aiding and abetting in fraud.

Sarmad Khojasteh, a partner at the firm, noted by email that laws in Florida and New York do not shield corporate officers from personal liability for negligence or misconduct. Columbia Care did not respond to a request for comment.