Boeing is cutting more than 12,000 jobs in the US, with thousands more under threat.

America’s largest plane manufacturer announced the losses as part of a restructure forced by the coronavirus pandemic.

The crisis has seen demand for air travel plummet and many countries have closed borders and enforced quarantines in an effort to limit the spread of the virus.

This, in turn, has led to a fall in demand for new planes from Boeing, its rival Airbus, and other manufacturers around the world.

Boeing’s chief executive, Dave Calhoun, told employees in an email: “I wish there were some other way”.

He said the “pandemic’s devastating impact on the airline industry means a deep cut in the number of commercial jets and services our customers will need over the next few years, which in turn means fewer jobs on our lines and in our offices”.

Boeing said it had approved 5,520 US employees for voluntary redundancy and they would leave the company in the coming weeks.

A further 6,770 workers will be told this week that they will also lose their jobs.

Most of those affected are expected to be in the Seattle area, where Boeing’s commercial plane business is based.

Boeing said additional job cuts will be made in international locations, but did not give further details.

The stability of the company’s defence and space division will help soften the blow from the fall in commercial demand.

The manufacturer said “several thousands remaining layoffs” would take place in the next few months but they did not say where.

Boeing already announced in April that it intended to cut 10% of its workforce, as it tries to cut costs to survive the huge fall in demand for air travel. 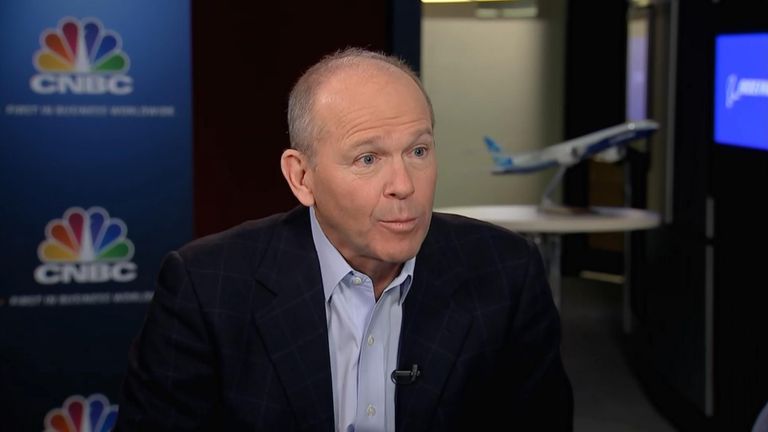 Boeing received no orders in April – the second month this year it has happened.

Another 108 orders were cancelled for the 737 MAX, which was grounded due to concerns following two fatal crashes.

In January, before the virus became widespread, Boeing posted its first annual loss in more than two decades.

In April, French rival Airbus warned that it was “bleeding cash at an unprecedented speed” and that its survival was under threat without immediate action.

Airbus had already slashed production by a third, but the letter warned there could be further reductions.

:: Next week from Monday to Thursday, Dermot Murnaghan will be hosting After the Pandemic: Our New World – a series of special live programmes about what our world will be like once the pandemic is over.