NEW YORK/LONDON (Reuters) – Global stock markets plunged on Monday and oil prices tumbled by as much as a third after Saudi Arabia launched a price war with Russia, sending investors already spooked by the coronavirus outbreak fleeing for the safety of bonds and the Japanese yen.

A benchmark pan-Europe index entered bear market territory and a 7% slide in the S&P 500 at the open on Wall Street triggered a circuit-breaker put in place after the financial crisis a decade ago, halting U.S. stock trading for 15 minutes.

The yield on the 10-year U.S. Treasury note slid as low as 0.318% – a level unthinkable just a week ago – and German government debt yields set fresh record lows as investors rushed to cut risk assets and snap up safe-havens. Gold briefly topped $1,700 an ounce for the first time since 2012 and is up more than 10% so far this year.

The rout’s depth, sparked after Saudi Arabia stunned markets on Sunday with plans to hike oil production sharply following the collapse of the Organization of the Petroleum Exporting Countries’ supply-cut agreement with Russia, unnerved investors.

“We are seeing this week, finally, a full-scale liquidation and signs of capitulation, full-scale panic – we see this in every asset,” O’Connor said.

“No doubt, many are taking a hard look at their portfolio.”

Jim Vogel, interest rate strategist at FHN Financial in Memphis, Tennessee, said “nobody thought that Saudi Arabia would start a price war. Suddenly you have to re-evaluate what else could impact this.”

Saudi Arabia’s grab for market share was reminiscent of a drive in 2014 that sent prices down by about two-thirds, while the renewed plunge on Wall Street came exactly 11 years after U.S. stocks touched bottom during the financial crisis. [O/R]

Both crude benchmarks recouped some losses but still fell almost 25% in their biggest daily drop since 1991, the start of the first Gulf War. [O/R]

The Dow fell a record 2,000 points when trading opened and the S&P 500 posted its largest single-day percentage drop since December 2008, the depths of the financial crisis.

Equity markets in Frankfurt .GDAXI and Paris .FCHI tumbled about 8.5% and London .FTSE tanked 11%. Italy’s main index .FTMIB slumped 14.3% after the government over the weekend ordered a lockdown of a northern swath of the country, including the financial capital, Milan.

The pan-regional STOXX 600 fell into bear territory from an all-time high in February. Oil stocks bore the brunt of losses, with giants BP (BP.L) 19.5% lower and Royal Dutch Shell </RDSb.L> off 18.2% as the European energy sector .SXEP slid to its lowest since 1997.

Investors piled into safe-haven debt, driving the 30-year U.S. Treasury yield US30YT=RR below 1% on bets the Federal Reserve will cut interest rates by at least 75 basis points when policymakers meet next week. The Fed last week cut rates by half a percentage point after an emergency meeting.

The number of people worldwide infected with the coronavirus rose above 111,600, and 3,800 have died.

There were mounting worries that debt-heavy U.S. oil producers would be unable to meet financial obligations as the drop in prices slashes their revenue.

The European Central Bank meets on Thursday and will be under intense pressure to act, but rates are already deeply negative.

The 10-year Bund yield DE10YT=RR – the euro zone’s leading safe asset – fell to a record low of -0.906%, while inflation expectations for the euro zone sank below 1% for the first time.

Data suggested the global economy toppled into recession this quarter. Figures from China over the weekend showed exports fell 17.2% in January-February from a year earlier.

The fall in U.S. yields and Fed rate expectations pushed the dollar to its largest weekly loss in four years before it recovered some ground. =USD. [USD/] 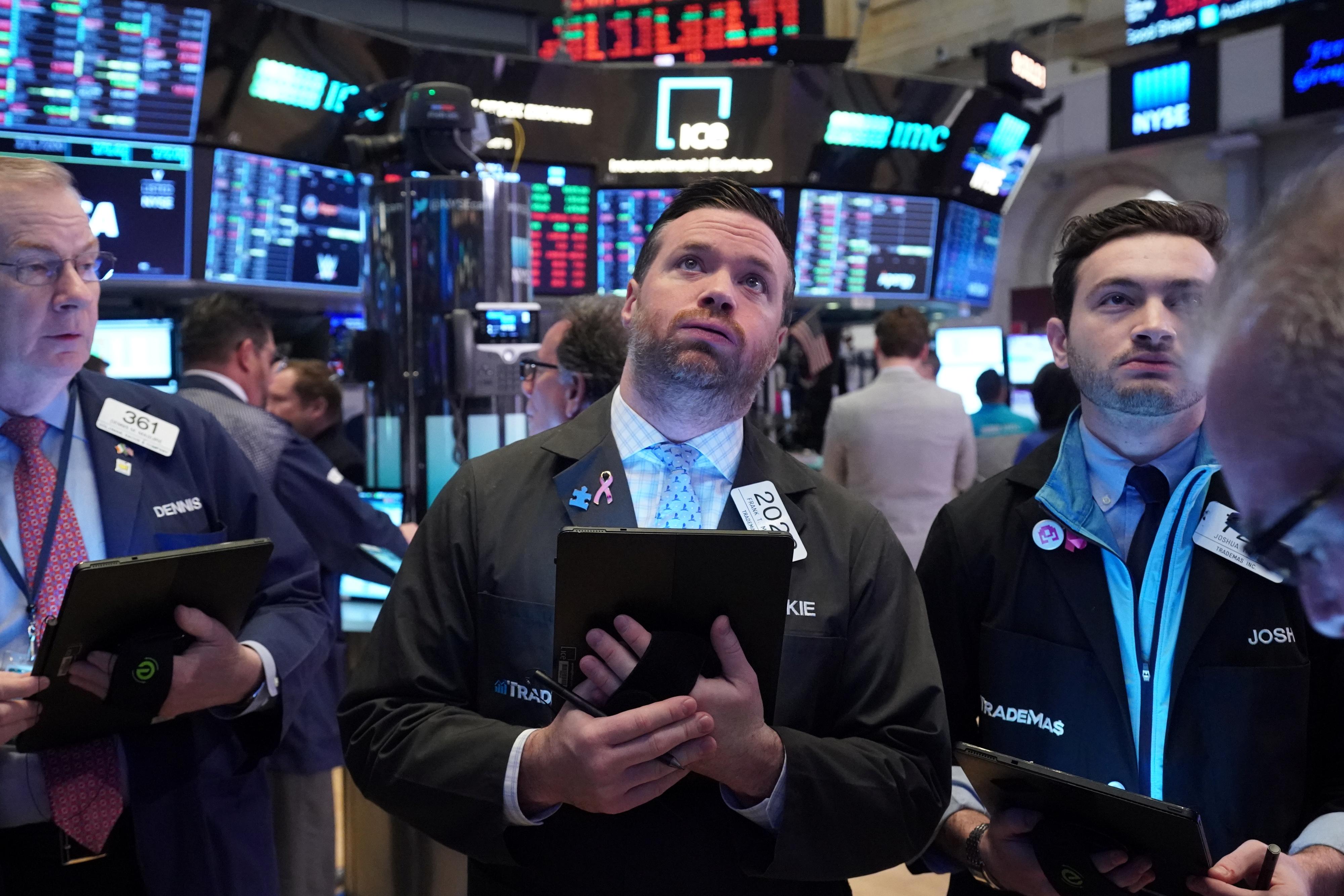