WASHINGTON (Reuters) – U.S. homebuilding dropped by the most on record in April and permits for future construction tumbled, underlining fears that the coronavirus crisis would lead to the deepest economic contraction in the second quarter since the Great Depression. 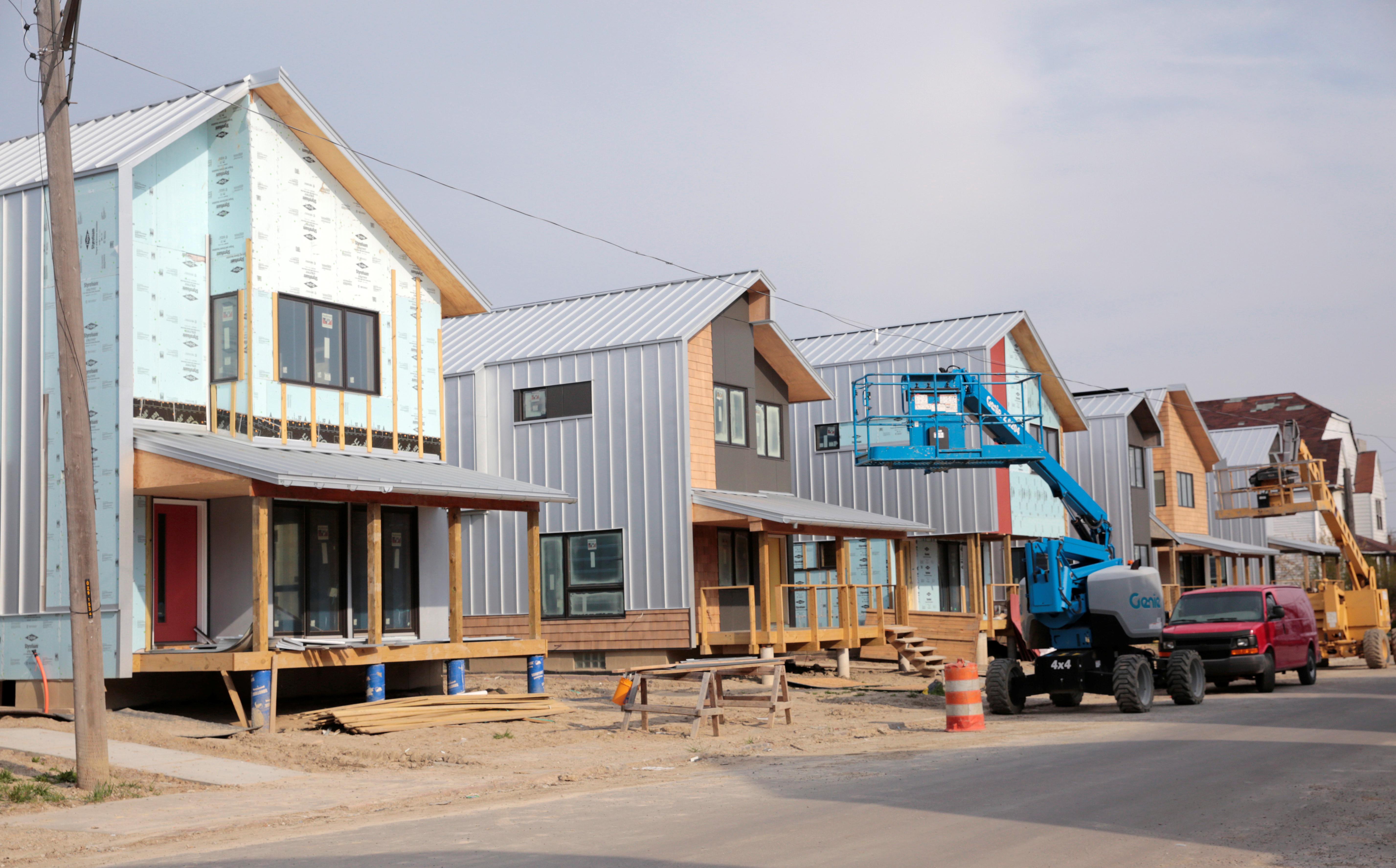 The report from the Commerce Department on Tuesday added to dismal data this month showing a staggering loss of 20.5 million jobs. In addition to a collapse in retail sales and manufacturing production, the data suggests that April was probably the worst month so far in the current economic downturn.

“This is an unprecedented recession in that it happened over just two months and this is making it harder for companies and consumers to get their bearings and figure out what to do next,” said Chris Rupkey, chief economist at MUFG in New York.

Housing starts tumbled 30.2% to a seasonally adjusted annual rate of 891,000 units last month, the lowest level since early 2015. The percentage decline was the biggest since the government started tracking the series in 1959. Starts dropped 18.6% in March. Economists polled by Reuters had forecast housing starts would fall to a pace of 927,000 units in April.

Though many states considered homebuilding as essential when they enforced lockdown orders in mid-March to curb the spread of COVID-19, the respiratory illness caused by the coronavirus, disruptions to building material supply chains likely weighed on activity in the last couple of months.

As the country gradually reopens, there are indications the worst of the homebuilding slump is likely over. A survey on Monday showed an increase in homebuilder confidence in May. With at least 21.4 million people having lost their jobs in March and April, however, the housing market could remain subdued for a while even with mortgage rates near record lows.

“Fewer people are going to be interested in buying a home and committing themselves to years of mortgage payments when they are concerned about their job and income prospects,” said Mark Vitner, a senior economist at Wells Fargo Securities in Charlotte, North Carolina.

The dollar was trading lower against a basket of currencies, while U.S. Treasury prices were mostly higher. Stocks on Wall Street were mixed after posting hefty gains on Monday amid hopes for a vaccine for COVID-19.

Permits for future home construction plunged 20.8% to a rate of 1.074 million units in April, the lowest level since January 2015. The despite the sharp drop, permits are outpacing starts, which bodes well for homebuilding in the coming months.

The housing market was back on the recovery path before the coronavirus pandemic struck, after hitting a soft patch that started in the first quarter of 2018 and lasted through the second quarter of 2019. The sector, which has a bigger footprint on the economy, was partly stymied by a chronic shortage of properties for sale.

It has expanded for three straight quarters. But as with every other segment of the economy, economists are expecting a steep housing market contraction in the second quarter.

Economists are estimating that gross domestic product (GDP) will shrink at as much as a 43% annualized rate in the second quarter, the deepest since the 1930s. The economy contracted at a 4.8% pace in the January-March quarter.

Housing completions dropped 8.1% to 1.176 million last month. Realtors estimate that housing starts and completion rates need to be in a range of 1.5 million to 1.6 million units per month to plug the inventory gap. The stock of houses under construction fell 1.7% to 1.195 million units.