Two investment firms which have been examining offers to help finance a rescue of Virgin Atlantic Airways are in talks to join forces ahead of a crucial fortnight for the carrier founded by Sir Richard Branson in 1984.

Sky News has learnt that Elliott, the US-based hedge fund, and Greybull Capital, the former owner of Monarch Airlines, are discussing submitting a joint offer to provide new funding to Virgin Atlantic.

City sources said that Elliott and Greybull were competing against other funds, thought to include Davidson Kempner Capital Management, to secure a deal.

The terms of any financing remain unclear, with some investors suggesting that the funding requirement had reduced in size in recent weeks.

Virgin Atlantic is trying to wrap up a financial rescue package worth more than £500m, with the end of June serving as an informal target date for having an outline agreement in place.

The company has been in talks with the government for several months about a series of state-backed guarantees, but Whitehall sources have so far indicated that ministers are not prepared to put taxpayers’ money at risk based on the business plan proposed by the airline.

Sir Richard’s flagship company is also racing to secure concessions from Delta Air Lines, its second-largest shareholder, the Civil Aviation Authority, a syndicate of bank lenders and bondholders which lent money to it in 2015 based on the value of its take-off and landing slots at Heathrow Airport.

Sky News revealed last month that Virgin Atlantic had lined up Alvarez & Marsal, the professional services firm, to act as administrator if a solvent rescue deal proves to be impossible.

The company recently announced that it was making close to a third of its workforce redundant in a desperate attempt to position itself for a future in which demand for air travel is likely to be depressed for a considerable length of time. 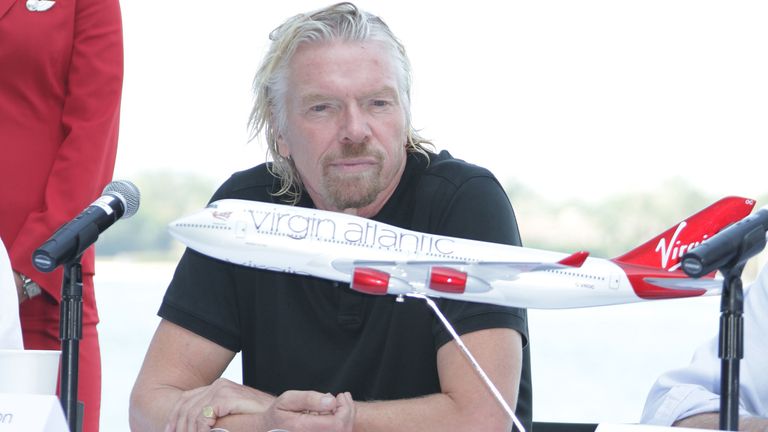 Like its principal competitors, Virgin Atlantic has warned that the government’s 14-day quarantine policy for passengers flying into the UK will act as a further brake on the industry’s recovery.

EasyJet, International Airlines Group and Ryanair have begun legal action against the government aimed at overturning the policy.

Sir Richard is expected to commit a substantial sum to Virgin Atlantic, having raised hundreds of millions of pounds from the sale of part of his shareholding in Virgin Galactic.

A pre-pack insolvency process would impact Virgin Atlantic’s current borrowing arrangements, and could complicate its attempts to continue flying because of the conditions of its CAA and ATOL licences.

Its aircraft leasing and take-off and landing slot agreements would also be terminated by an administration process.

A pre-pack deal would wipe out the equity of existing shareholders – Sir Richard’s holding company and Delta Air Lines, the US carrier which has itself been rescued by American taxpayers in recent weeks.

The company’s plans include ending its 36-year tenure at Gatwick Airport, reducing the size of its fleet and putting its Boeing 747s into early retirement. Virgin Atlantic is already anticipating that customer demand will be at least 40% lower during 2020, with only a gradual recovery next year.

It has furloughed thousands of staff and seen its top executives agree substantial pay cuts because of the COVID-19 outbreak.

Fewer than a handful of Virgin Atlantic’s planes have been flying since the UK lockdown began in March, when Peter Norris, Virgin Group’s chairman, urged Mr Johnson to establish an industry-wide support package that could cost in the region of £7.5bn.

Sir Richard recently made an impassioned defence of his group’s financial affairs, warning that the transatlantic airline he founded in the 1980s was likely to collapse without government support.

He has already seen Virgin Australia fall into a process called voluntary administration, putting thousands of jobs at risk.