A major business group has warned more aid is needed to prevent a “lost generation” as the government launches a £2bn scheme to help young people start a career amid the chaos caused by the coronavirus crisis.

The Federation of Small Businesses (FSB) welcomed the Kickstart programme, which offers six-month paid work placements for 16-24 year-olds on Universal Credit, but argued it should go hand-in-hand with a wider focus on technical education to develop skills employers need.

Kickstart launches as the country faces down not only a COVID-19-linked jobs crisis but the challenge of curbing the numbers of young people deemed to be ‘not in education, employment or training’ (NEET).

The state-subsidised scheme will see firms paid £1,500 to set up training and support for people on a Kickstart placement.

It will also see the taxpayer guarantee 100% of the National Minimum Wage dependent on age – pay that can be topped up by the employer.

National Insurance and pension contributions are covered by the government for 25 hours per week. 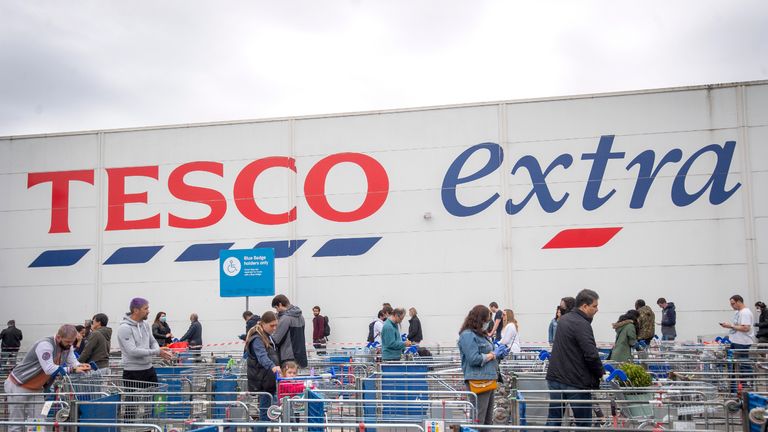 Network Rail and the country’s largest retailer, Tesco, are among firms backing it.

The supermarket chain’s UK boss, Jason Tarry, said: “We plan to welcome around 1,000 Kickstarters to Tesco, supporting more young people to start their careers and build skills for the future.”

Chancellor Rishi Sunak said: “This isn’t just about kickstarting our country’s economy – it is an opportunity to kickstart the careers of thousands of young people who could otherwise be left behind as a result of the pandemic.

“The scheme will open the door to a brighter future for a new generation and ensure the UK bounces back stronger as a country.”

There are a number of risks associated with the Kickstart project.

Chief among them is the threat that firms, which do not have to guarantee jobs to individuals at the end of their six-month placement, use the scheme to secure subsidised short-term labour.

Another is that older, more expensive workers become less attractive and come to rely more heavily on welfare at a time when government borrowing is already at peacetime highs.

The FSB said its membership was disproportionately likely to employ people from disadvantaged backgrounds and called on the state to expand its investment in young people.

National chair Mike Cherry said: “The past few months of serious disruption have highlighted how important it is to be learning face to face and getting hands on experience.

“For young people to avoid being left behind, we need to see a reinvigoration of efforts to make sure they have more opportunities available to them.”