LONDON/SYDNEY/HONG KONG (Reuters) – Global stocks plunged on Monday and prices for crude oil tumbled as much as 33% after Saudi Arabia launched a price war with Russia, sending investors already panicked by the coronavirus fleeing for the safety of bonds and the yen. 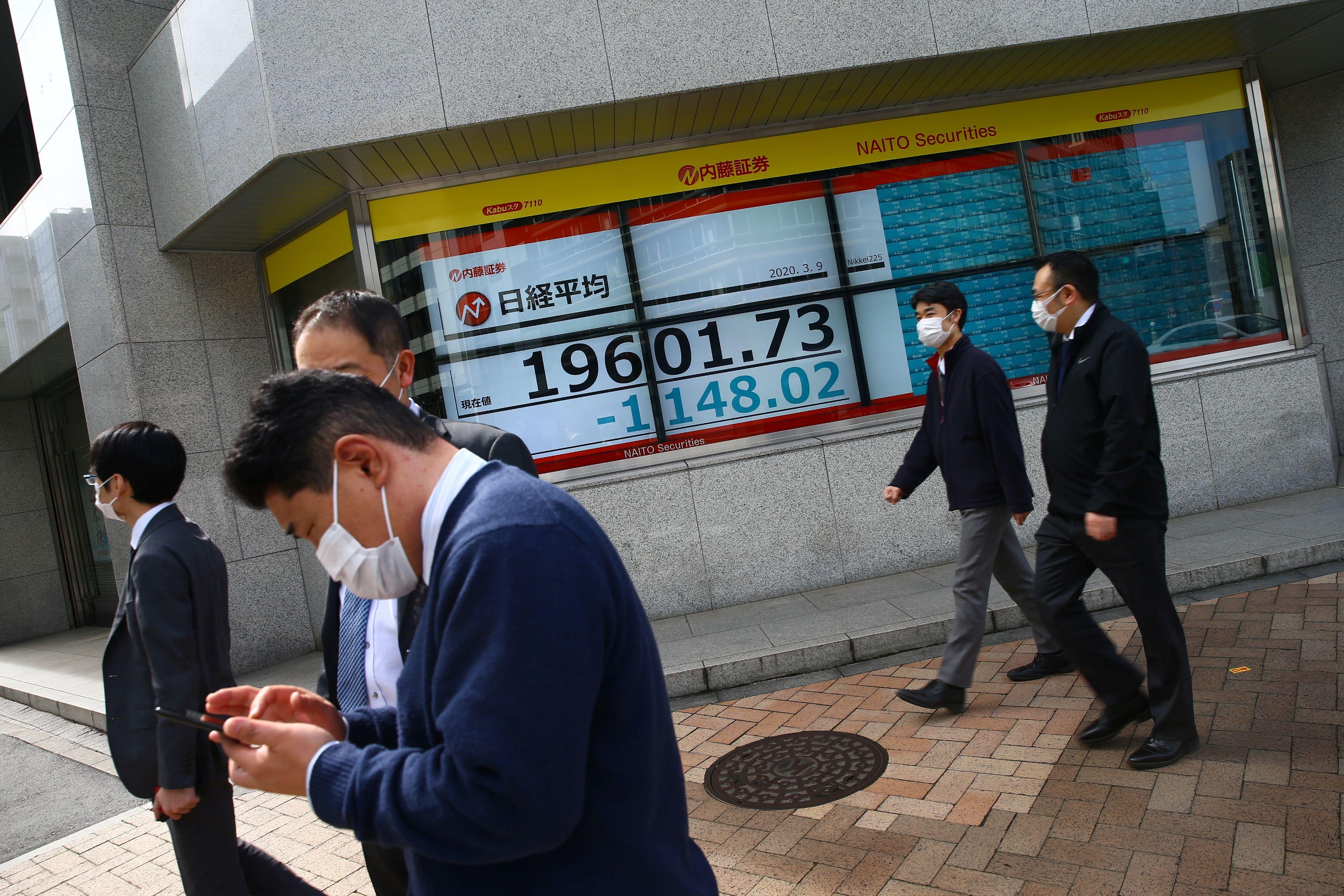 Saudi Arabia had stunned markets with plans to raise its production significantly after the collapse of OPEC’s supply cut agreement with Russia, a grab for market share reminiscent of a drive in 2014 that sent prices down by about two thirds. [O/R]

The pan-regional STOXX 600 tumbled into bear market territory — a drop of more than 20% from recent peaks. Oil stocks suffered massive losses with Tullow (TLW.L) down 57% and BP (BP.L) down 27% in early trade.

In Asia, stocks and emerging market currencies with exposure to oil tumbled in volatile trade while the safe-haven yen surged. [FRX/]

Heavy selling was set to continue on Wall Street with U.S. futures EScv1 hitting their down limit.

Investors drove 30-year U.S. bond yields beneath 1% on bets the Federal Reserve would be forced to cut interest rates by at least 75 basis points at its March 18 meeting, after having already delivered an emergency easing last week.

“Not just us, but across the globe you would have every broker/dealer raising their margin requirements … trying to basically protect our clients from trying to leverage too much risk or guess where the bottom is.”

The number of people infected with the coronavirus topped 110,000 across the world as the outbreak reached more countries and caused more economic carnage.

Most of Italy’s stocks failed to open after the government ordered a lockdown of large parts of the north of the country, including the financial capital Milan.

There were also worries that U.S. oil producers that had issued a lot of debt would be made uneconomic by the price drop.

Not helping the mood was news North Korea had fired three projectiles off its eastern coast on Monday.

“After a week when the stockpiling of bonds, credit protection and toilet paper became a thing, let’s hope we start to see some more clarity on the reaction,” said Martin Whetton, head of bond & rates strategy at CBA.

“Dollar bloc central banks cut policy rates by 125 basis points, not as a way to stop a viral pandemic, but to stem a fear pandemic,” he added, while noting that many central banks had little scope to ease further.

A tectonic shift saw markets <0#FF:> fully price in an easing of 75 basis points from the Fed on March 18, while a cut to near zero was now seen as likely by April.

The European Central Bank meets on Thursday and will be under intense pressure to act, but rates there are already deeply negative.

Urgent action was clearly needed, with data suggesting the global economy toppled into recession this quarter. Figures out from China over the weekend showed exports fell 17.2% in January-February from a year earlier.

The fall in yields and Fed rate expectations has pulled the rug out from under the dollar, sending it at some point crashing to the largest weekly loss in four years =USD. [USD/]

Gold initially cleared $1,700 per ounce XAU= to a fresh seven-year peak, only to fall back to $1,676.55 amid talk some investors were having to sell to raise cash to cover margin calls in stocks. [GOL/]