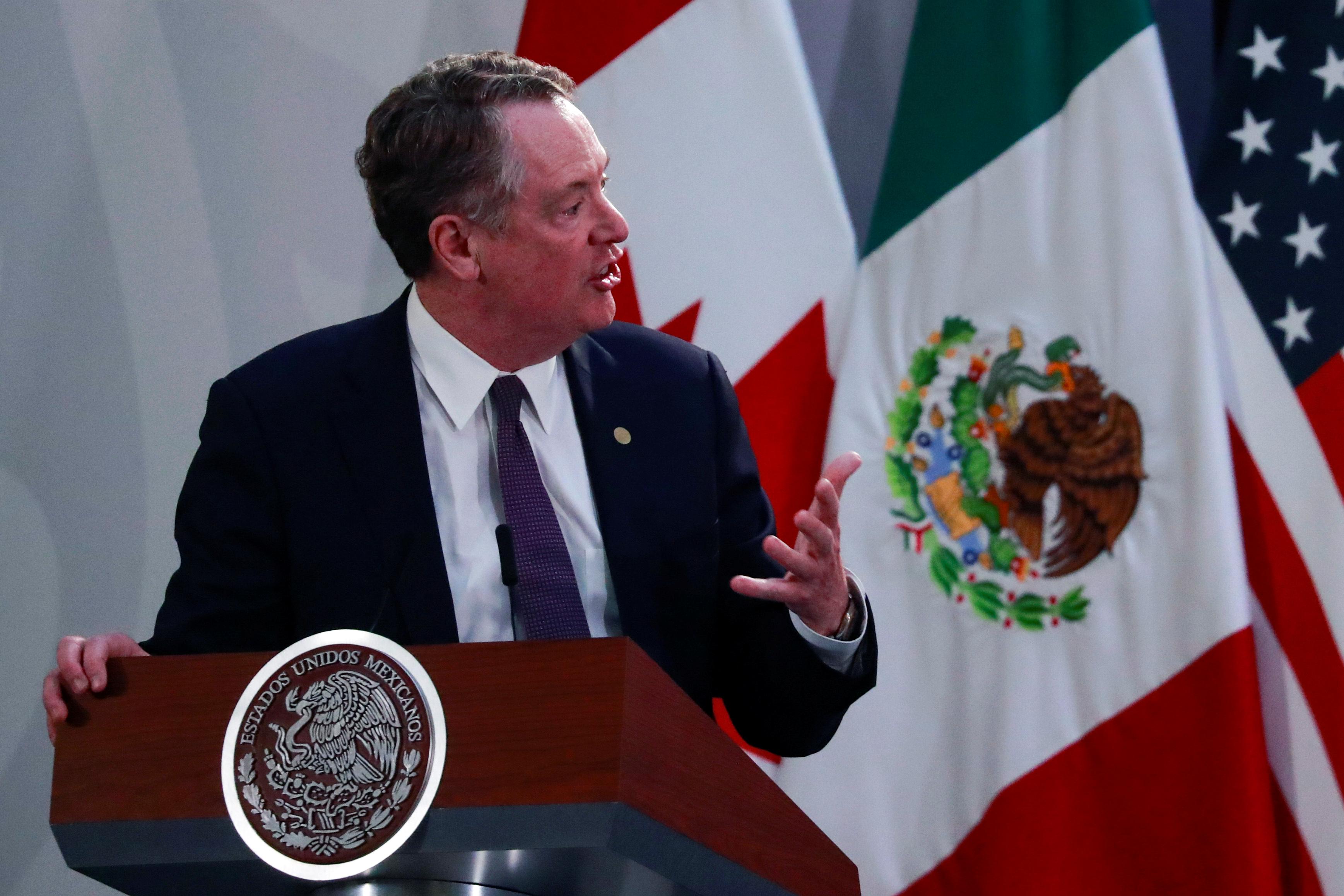 Lighthizer told trade ministers from the Group of 20 major economies (G20) that Washington agreed there was a need to resolve supply chain disruptions and be aware of the impact of its actions on neighbors.

“Unfortunately, like others, we are learning in this crisis that over-dependence on other countries as a source of cheap medical products and supplies has created a strategic vulnerability to our economy,” Lighthizer said.

“For the United States, we are encouraging diversification of supply chains and seeking to promote more manufacturing at home.”

He warned against efforts to use the health and economic crisis to push “other agendas,” either in trade or elsewhere, and said that such efforts would sow distrust, however. He did not elaborate.

Some U.S. officials are concerned that China could seize on the crisis to push for tariff relief before fulfilling its purchase commitments under a Phase 1 U.S.-China trade deal signed in January.

Some U.S. businesses hit by the tariffs have also urged Washington to provide relief at a time of widespread shutdowns across the United States aimed at curbing the spread of the virus. Others are pressuring the Trump administration to keep the tariffs intact, however.

White House trade adviser Peter Navarro last week denied the Trump administration was considering a three-month deferral of tariff payments on imported goods, saying such a move would “enrich China at the expense of American workers.”

Navarro is also crafting an executive order that would expand “Buy America” provisions to the medical and pharmaceutical sectors – a change that Chinese officials have described as unrealistic and unwise.