Sir Philip Green’s Dorothy Perkins-to-Topshop empire is to cut 500 jobs in a bid to slash costs, blaming damage inflicted on the business by the coronavirus crisis.

Arcadia Group said the losses would be felt in its head office functions, which currently employ 2,500 staff.

A statement from the company said: “Due to the impact of COVID-19 on our business including the closure for over three months of all our stores and head offices, we have today informed staff of the need to restructure our head offices.” 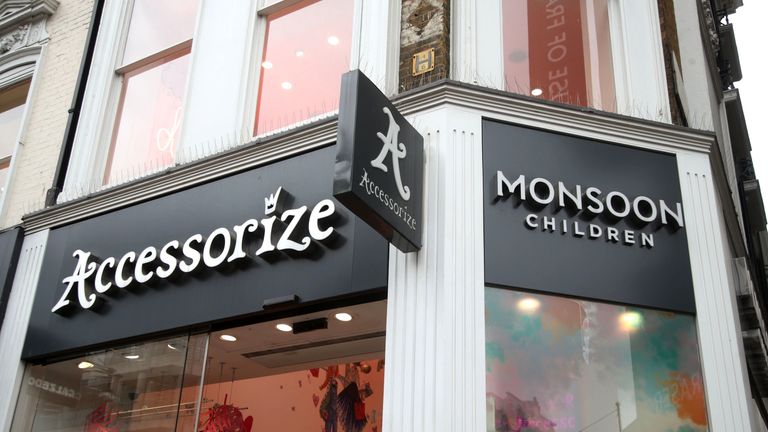 It added that the the cuts were essential to ensure it operated as efficiently as possible in “very challenging times”.

All 550 stores were closed and thousands of workers placed on furlough under the government’s Job Retention Scheme as the lockdown began – with Arcadia postponing a series of contributions to its pension scheme to conserve cash days later.

Sky News also revealed in April how the company was seeking to borrow £50m to prop up the business – secured against its distribution centre in Northamptonshire.

Arcadia was struggling before the coronavirus crisis was even thought of as it secured a rescue deal last year amid a consumer cash crunch that damaged sales across the high street leading to a series of high-profile failures.

The government’s various loan and wage support schemes helped ease immediate pressure on companies during the lockdown but unemployment is tipped to surge further this year as the furlough money dries up.

Monsoon Accessorize, Quiz, Oasis and Warehouse, and Victoria’s Secret UK have been among Arcadia group fashion rivals to have entered administration during the virus crisis.