Sectors of the economy worst hit by the coronavirus crisis have pleaded for clarity over how they can reopen safely in time for the crucial Christmas season.

It was the stand-out theme in evidence to MPs on the economic effects of the COVID-19 disruption, that has seen swathes of retailers, gyms and hospitality firms forced to close down for a second time this year.

The head of UKHospitality, Kate Nicholls, told the business, energy and industrial strategy committee that her industry, including pubs and hotels, had “not got above break even” before restrictions tightened again in September.

She warned the sector had shed 660,000 jobs by that point and businesses were in a “far less resilient state” heading into winter, despite continued government support including through the extended furlough scheme.

Ms Nicholls told the committee it was estimated that closed hospitality businesses would burn half a billion pounds of cash in November alone.

In his own evidence to the MPs, the chief executive of one hospitality business claimed the pubs sector had lost confidence in the government due to a lack of engagement and poor communication as it headed towards its busiest time of the year traditionally.

Marston’s boss Ralph Findlay said he was yet to know if he could reopen once England’s second national lockdown is due to end on 2 December.

“I don’t know what restrictions at this point I’m going to be working to,” he said.

“I don’t know how many people, out of the 10,000 I’ve got on furlough, that I can bring back. I don’t know what discussions I need to have with my supply teams and logistics teams about getting food and beer into our pubs.

“This kind of late discussion and stuff happening late is incredibly difficult,” he said. 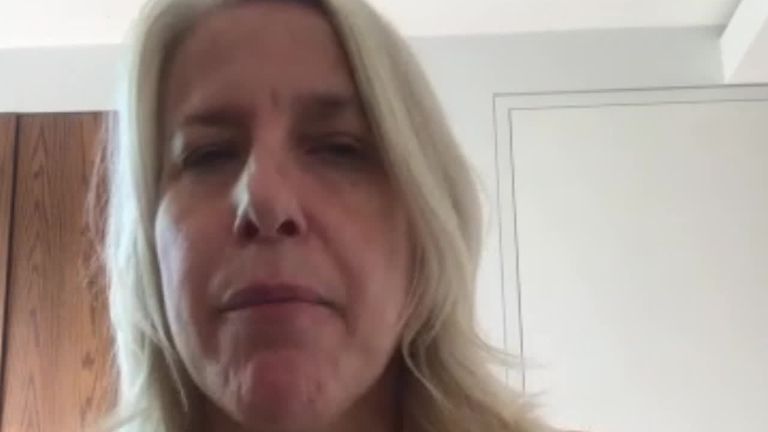 Helen Dickinson, the head of the British Retail Consortium, had earlier warned of the consequences of closing non-essential retail, saying one company had just informed her that 4,000 jobs were at risk without a solid festive season.

She said store sales were set to be £2bn down per week during the lockdown in England alone – with a lack of additional capacity online failing to offset the losses.

“The most important thing at this point is that we have real clarity that re-opening will occur as planned because I think without it the knock-on effects for many retail businesses will be severe,” she said.