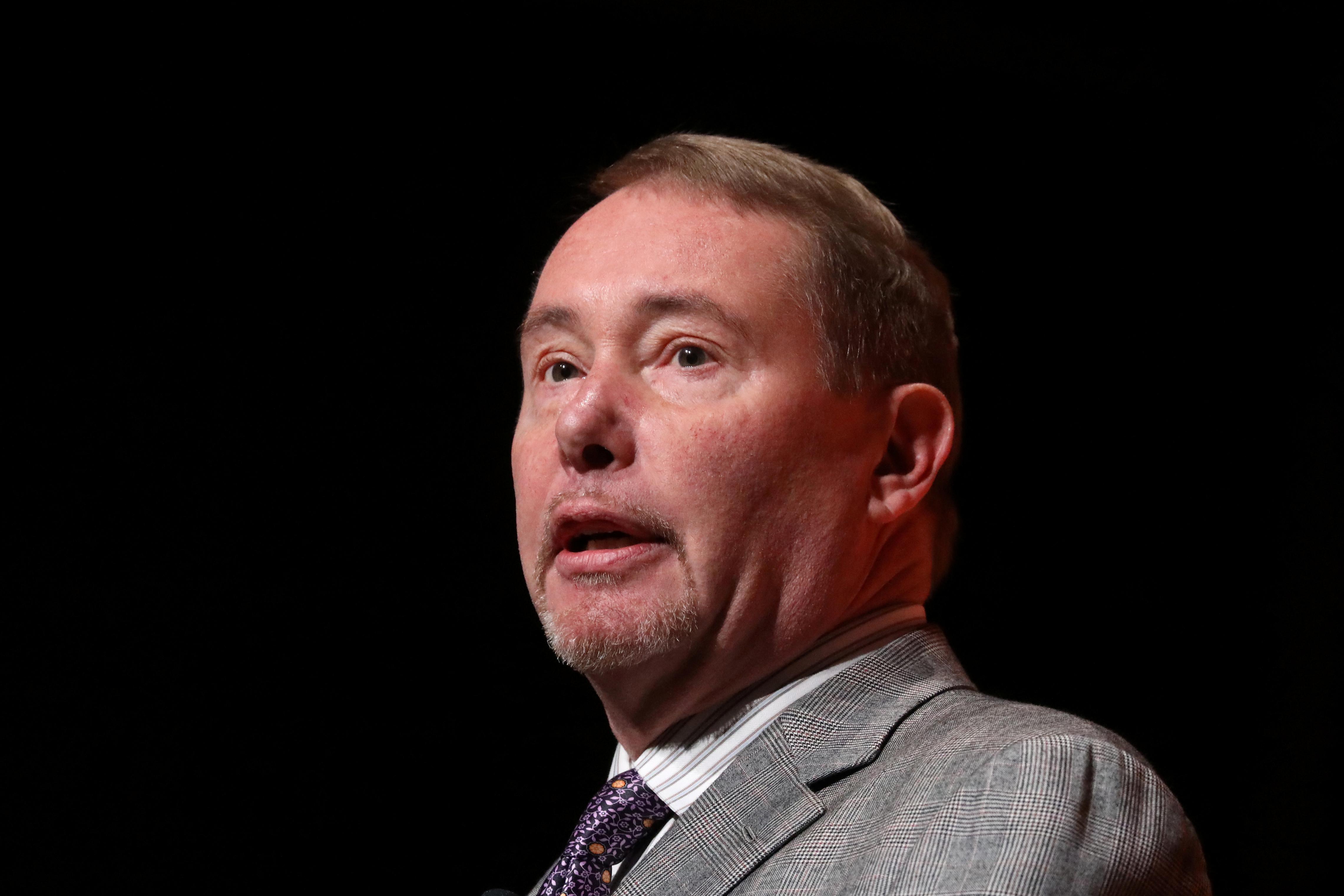 NEW YORK (Reuters) – The U.S. dollar is unlikely to make significant moves higher in the near term because of the ballooning budget deficit, Jeffrey Gundlach, the billionaire chief executive of DoubleLine Capital, said on a webcast presentation on Tuesday.

Gundlach noted the inverse correlation between the dollar and the twin deficit – the U.S. deficit plus the trade deficit – which has increased dramatically because of the government’s stimulus efforts to combat the effects of the coronavirus shutdown.

“The dollar looks terrible,” he said, and “the biggest reason is the way in which we’re gunning the twin deficits.”

“We know with metaphysical certitude that the twin deficit is going to go way higher, I’d say to at least 12% of GDP. That would suggest the dollar going all the way back to 2011 levels,” Gundlach said.

As the Federal Reserve and Treasury Department have issued unprecedented levels of monetary and fiscal stimulus, the amount of public debt outstanding has increased 15% in the first half of 2020 year-over-year, according to Gundlach.

He believes the rising twin deficit will drive the dollar lower, despite the currency’s appeal as a safe-haven investment and the likelihood that such assets will be in demand if U.S. stocks fall from their current levels.

“If you think that the stock market is going to fall from its fairly lofty perch right now – which I think is a pretty good bet, … you would probably look for dollar strength in the near term. But the next big move in the dollar is still down, I think.”

The U.S. dollar index =USD, which measures the currency against a basket of six rivals, has fallen about 6.4% since hitting an annual high on March 19, prior to the announcement of the Fed and Treasury stimulus endeavors.