MILAN — In what is a major partnership between two of the most respected companies in Italy, and as a sign of an increased effort to protect the country’s unique supply chain, the Prada and Ermenegildo Zegna groups have joined forces to acquire a majority stake in Filati Biagioli Modesto SpA, which specializes in the production of cashmere and other precious yarns.

As per the agreement, while financial details were not disclosed, Prada and Ermenegildo Zegna will each have a 40 percent stake in the company, which is based in Montale, outside Pistoia, Italy. The founding Biagioli family will retain a 15 percent stake and the remaining 5 percent will be owned by Renato Cotto, who has an extensive experience in textiles having worked for the likes of Zegna Baruffa, Gruppo Dawson International, Cariaggi and Loro Piana, and who will take on the role of chief executive officer.

In an exclusive joint interview with WWD, Gildo Zegna, CEO of his family’s company, and Patrizio Bertelli, CEO of Prada, explained the reasons behind the deal, clearly sharing the goal to ensure continuity to the excellence of the company they acquired and to preserve its know-how. As entrepreneurs and industrialists, they also share a belief in developing their own Made in Italy production chain.

The mergers and acquisitions scene in Italy has been picking up speed, but it is also evolving into nuanced partnerships and platforms meant to support a manufacturing pipeline that is increasingly relevant, yet more at risk in the wake of the COVID-19 pandemic.

Both Zegna and Bertelli underscored the “cooperative attitude” between the two groups. To be sure, the deal is a sign that a new teamwork approach is steadily emerging in the Italian fashion industry.

Gildo Zegna will take on the role of chairman, while Franca Biagioli, a key representative of the founding family, and Bertelli will join the board of directors.

“We wanted to strengthen our knitwear, we see much growth potential in this category and this will also help to further reinforce our pipeline,” Zegna said. While Filati Biagioli Modesto is a solid company, he said the deal will help strengthen it.

“To count on the support of an entrepreneur such as Patrizio Bertelli is important and will help preserve a jewel in the Italian manufacturing scene.”

The Ermenegildo Zegna Group has been steadily building its own textile supply chain, most recently by buying 60 percent of Tessitura Ubertino, a leading manufacturer of high-quality women’s fabrics, based in Prativero, near Biella.

Speaking with WWD last week, Zegna had hinted at additional acquisitions and one in particular this summer, but underscored that “we never enter these companies as dominators but as partners. We let the founders manage the business and we are by their side, respecting them as we deal with the commercial services, logistics and marketing.” Flexibility has become key and a better control of the pipeline also helps speed up time-to-market.

In addition to its own Lanificio Zegna, the group’s textile supply chain includes Lanerie Agnona, Tessitura di Novara, Bonotto and Dondi, all acquired over the years, helping to raise its position in the country in terms of variety and size. In 2018, the family-owned group also finalized the acquisition of a controlling stake in Pelle Tessuta, which specializes in the weaving of leather, and bought a majority stake in Cappellificio Cervo, a historic men’s hat brand based in Biella.

Bertelli said the opportunity to enter into the deal was offered by Zegna and he realized it was “consistent with our image and our need to develop our knitwear.” Prada has, over the years, structured its own supply chain and today has 20 production sites in Italy and three in Europe. Bertelli cited another knitwear plant in Torgiano, near Perugia. While protecting jobs and know-how, he also pointed to growth expectations in the luxury segment. 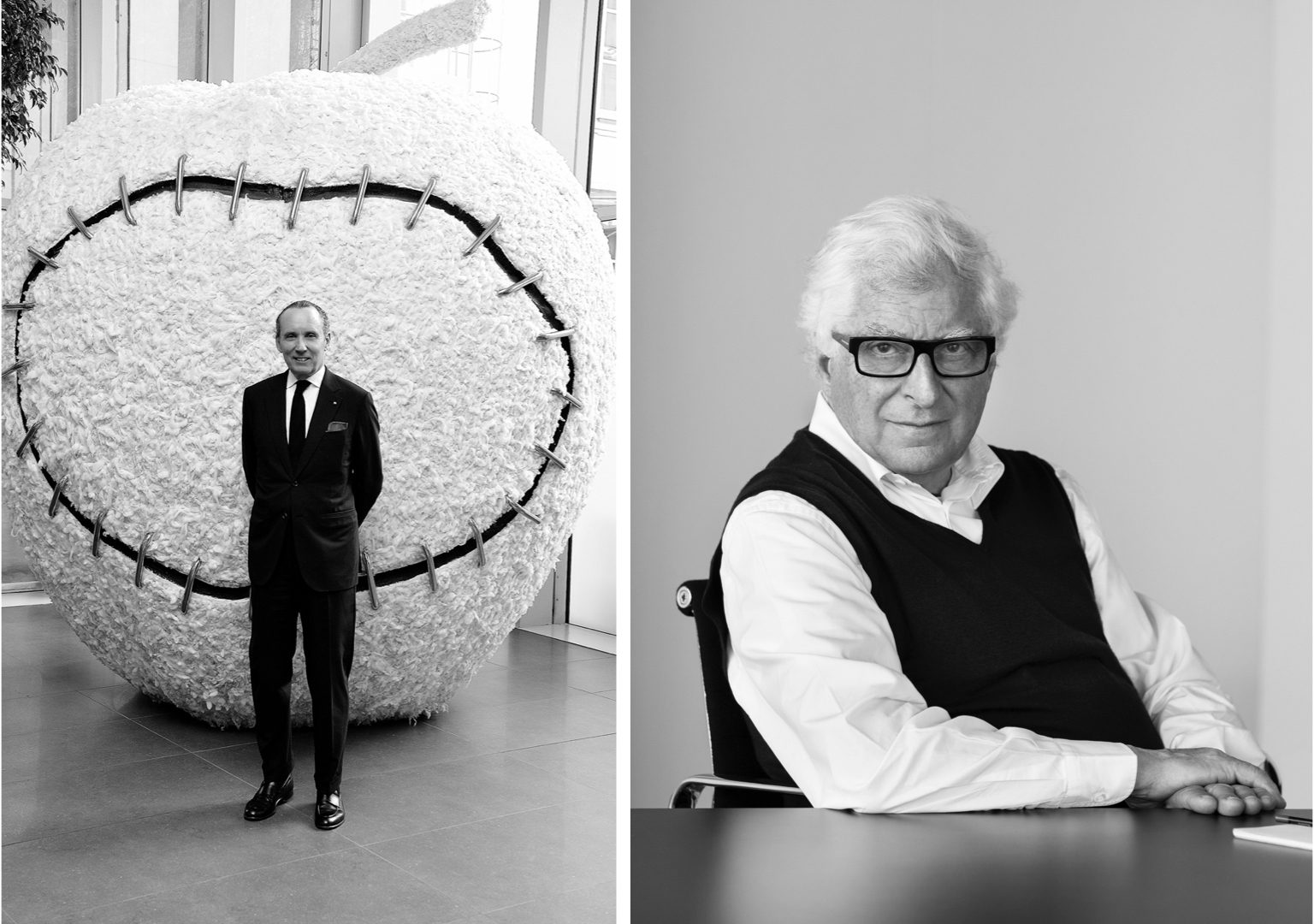 “We need more skills and to be stronger,” he explained. “There are no doubts the luxury market will grow — it’s evolving and we are adapting our industrial organizations to offer more service.”

The acquisition will not oblige Biagioli to work only for Zegna and Prada, on the contrary, the company will continue to produce for other brands in the luxury segment.

Asked about the rationale behind the partnership, Bertelli responded: “It’s very simple, we’ve known each other for years and we have excellent relations, as we do with other colleagues.”

He said there has been an increased exchange of ideas within peers in the industry and members of the Camera della Moda, in particular from 2014.

“We’ve been exchanging points of view and there are no conflicts, so we’ve taken this opportunity together and there may be more in the future,” he revealed. He also added that there’s been “a slow, significant change in the attitude of companies in Italy, which no longer see each other as competitors. Together we can face problems connected to real estate, for example.”

Zegna concurred, saying that during the COVID-19 pandemic, for all its negative consequences, he and Bertelli grew closer, helping each other.

“COVID-19 has forced the acceleration of processes that had already begun,” echoed Bertelli. “Moncler’s acquisition of Stone Island or Renzo Rosso’s OTB acquisition of Jil Sander did not happen by chance. There is movement in our sector, companies are joining forces, there are new synergies and we must all be more intelligent.”

The knitwear trend is becoming increasingly important, said both the entrepreneurs, praising Cotto’s experience in the sector. “He is the right person at the right moment, he knows the product and the international markets. This would not have been easy without him,” Zegna said. “We really all work together. Cotto is an entrepreneur and it was very important to involve him, also with a stake.”

At the same time, the fact that the Biagiolis remain as shareholders is “a recognition that the family has created the company, its heritage and know-how,” Zegna noted. “We will work with the Italian talent in the best possible way to grow. It’s a small strategic investment, but we all believe in this company.”

Sales of the Biagioli company are expected to total more than 30 million euros in 2021, Bertelli said.

In another sign of solidarity, last April, when a devastating fire burned a Valentino manufacturing plant in Tuscany to the ground, as reported, Bertelli made one of Prada’s nearby factories available to a number of the Rome-based firm’s employees.

Asked to comment, Bertelli said “selfishness and jealousy are the main evils of modern society. I am neither selfish nor jealous and I live much better this way. I aspire to do better and learn from those that I think can teach something and I try to help those that may need my help.”

Zegna chimed in by touting Bertelli’s generosity, while saying: “We both always raise the bar, we are never satisfied.”

“We are only apparently different, I seem more instinctive but we both reflect on things a lot,” mused Bertelli. “And we have both always worked in the industry, in manufacturing.”