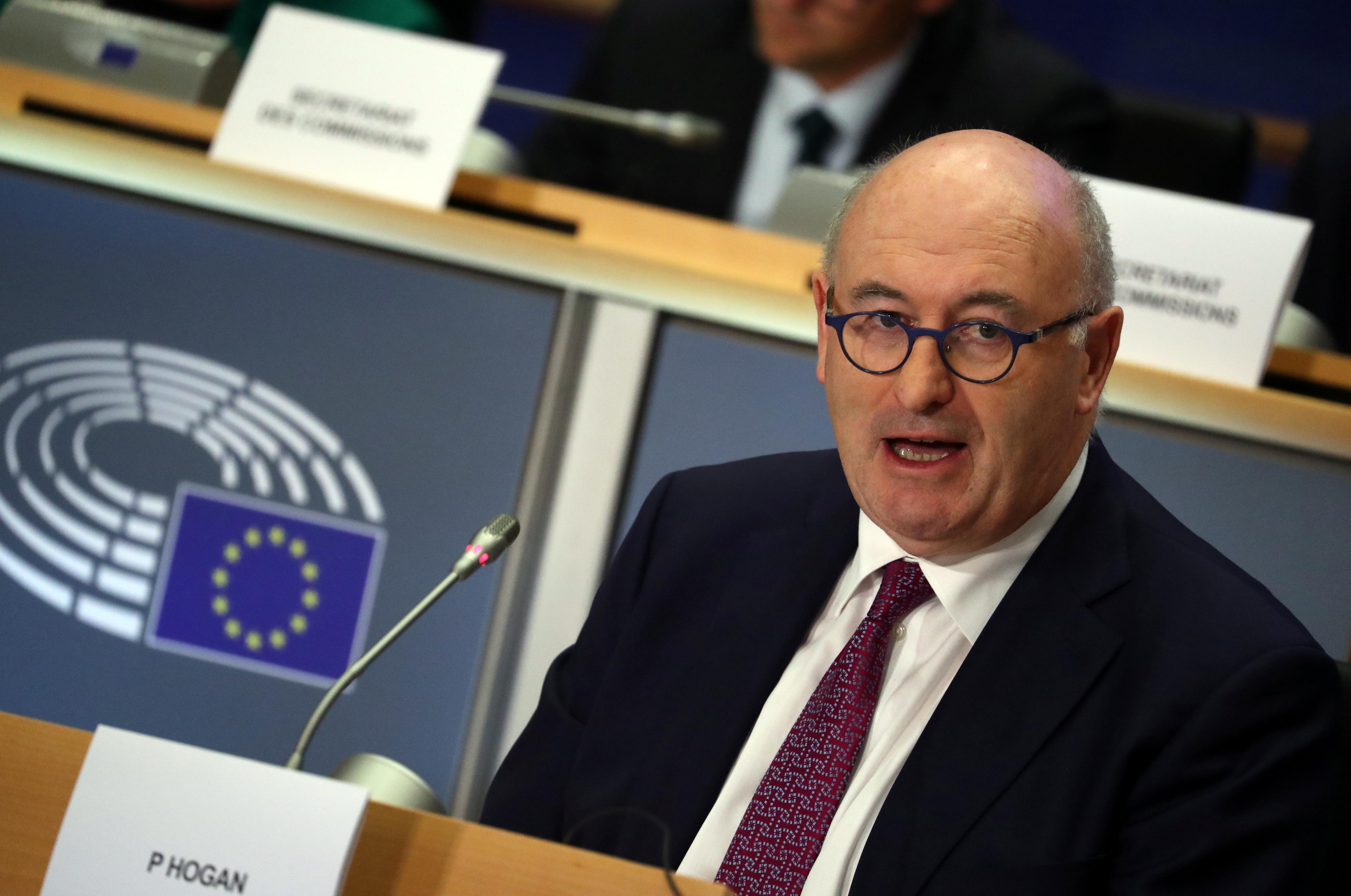 BRUSSELS (Reuters) – European Trade Commissioner Phil Hogan confirmed on Tuesday that he was considering a bid to become the next director-general of the World Trade Organization, as EU governments debated whether to unify around a single European candidate.

The nominations process began on Monday and will run to July 8 to find a successor to Brazilian Roberto Azevedo, who will vacate the post a year early at the end of August.

“Certainly I am exploring the option of being a candidate for the director-general of the WTO,” Hogan, an Irishman who has been trade commissioner since November, told a video news conference after a meeting with EU ministers responsible for trade.

“I think there is an important amount of work to be done to reform the organization, to make it more effective and efficient, but also to deal with many of the trade issues that are bedeviling the international community now arising from COVID-19,” he said.

Hogan said he had discussed the succession issue some time ago with U.S. Trade Representative Robert Lighthizer, who he said was “very much of the view” that the next WTO chief should be from a developed country.

Croatia, which holds the rotating presidency of the European Union until the end of June, said EU ministers had agreed the future director-general should be a strong political figure with the ability to broker compromises.

Croatian Foreign Minister Gordan Grlic-Radman said EU countries would discuss whether to unify around a single EU candidate in the coming month.

However, Dutch Trade Minister Sigrid Kaag said the Netherlands and some countries believed the EU should not rule out supporting candidates from like-minded non-EU countries.

French Trade Minister Jean-Baptiste Lemoyne said ministers had agreed to be united on the issue and that this could mean supporting a non-EU candidate.