(Reuters) – U.S. airlines are collectively burning more than $10 billion in cash per month and averaging fewer than two dozen passengers per domestic flight in the wake of the coronavirus pandemic, industry trade group Airlines for America said in prepared testimony seen by Reuters ahead of a U.S. Senate hearing on Wednesday. 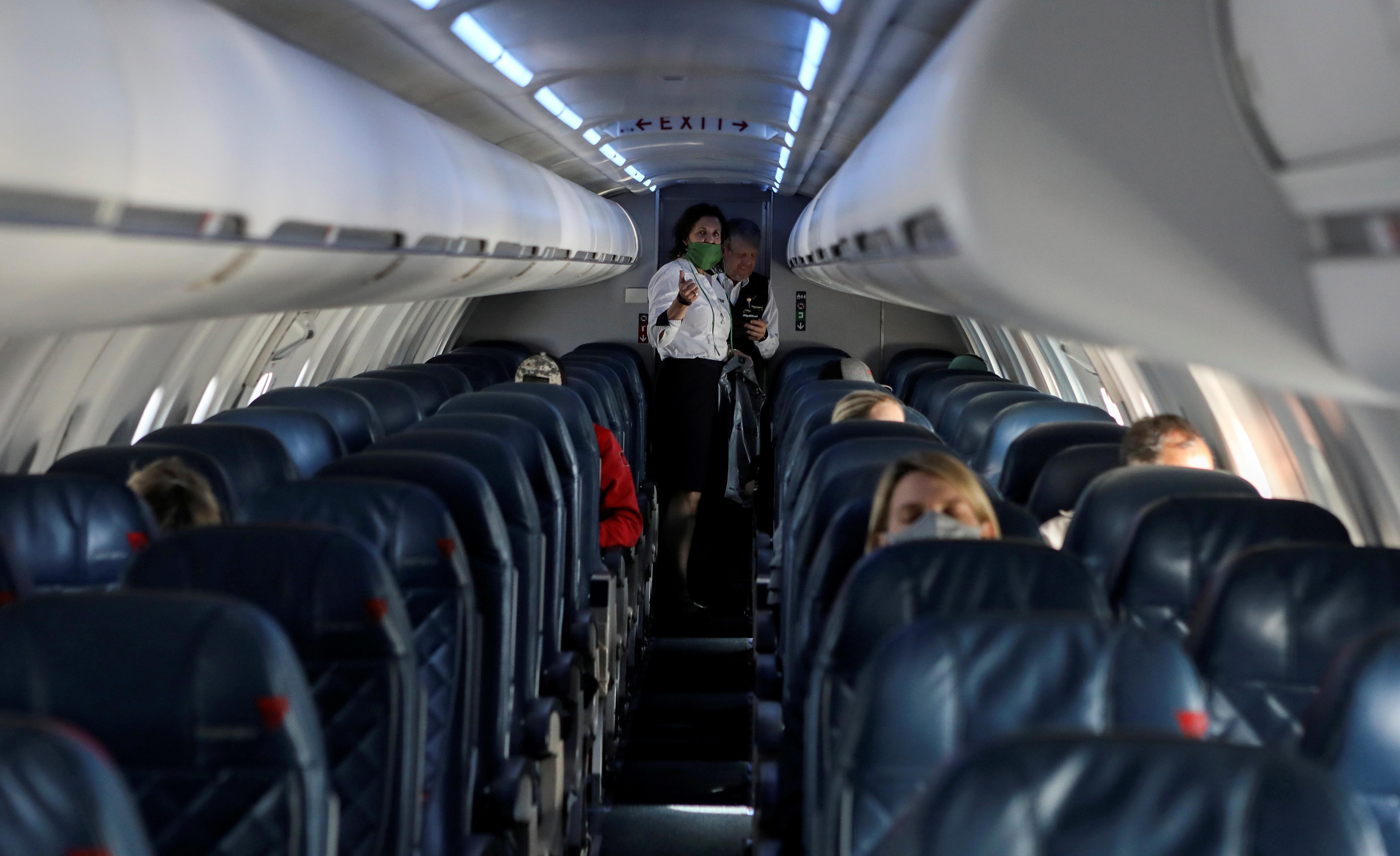 Even after grounding more than 3,000 aircraft, or nearly 50% of the active U.S. fleet, the group said its member carriers, which include the four largest U.S. airlines, are averaging just 17 passengers per domestic flight and 29 passengers per international flight.

“The U.S. airline industry will emerge from this crisis a mere shadow of what it was just three short months ago,” the group’s chief executive, Nicholas Calio, will say, according to his prepared testimony.

Net booked passengers have fallen by nearly 100% year-on-year, the testimony before the Senate Commerce Committee said. The group warned that if air carriers were to refund all tickets, including those purchased as nonrefundable or those canceled by a passenger instead of the carrier, “this will result in negative cash balances that will lead to bankruptcy.”

U.S. airlines have canceled hundreds of thousands of flights, including 80% or more of scheduled flights into June as U.S. passenger traffic has fallen by 95% since March. They are conducting additional cleaning measures and requiring all passengers to wear facial coverings.

Calio said airlines “anticipate a long and difficult road ahead … History has shown that air transport demand has never experienced a V-shaped recovery from a downturn.”

The U.S. Treasury has awarded nearly $25 billion in cash grants to airlines to help them meet payroll costs in exchange for them agreeing not to lay off workers through Sept. 30. Major airlines have warned they will likely need to make additional cuts later this year to respond to a long-term decline in travel demand.

United Airlines Co said Monday it plans to cut at least 3,450 management and administrative workers on Oct. 1, or 30% of those workers.

Also testifiying at the hearing on the state of the aviation sector is Eric Fanning, who heads the Aerospace Industries Association. Boeing Co said last week it will cut 16,000 jobs by the end of the year, while GE Aviation plans to cut up to 13,000 jobs and airplane supplier Spirit AeroSystems is cutting 1,450 jobs.

Todd Hauptli, who heads the American Association of Airport Executives, will also testify.