WASHINGTON (Reuters) – In order to put recession-fighting checks into the hands of millions of Americans, President Donald Trump will rely on a tax agency that has fewer workers, a smaller budget, and the same 1960s-era computer systems it had the last time it was asked to do so. 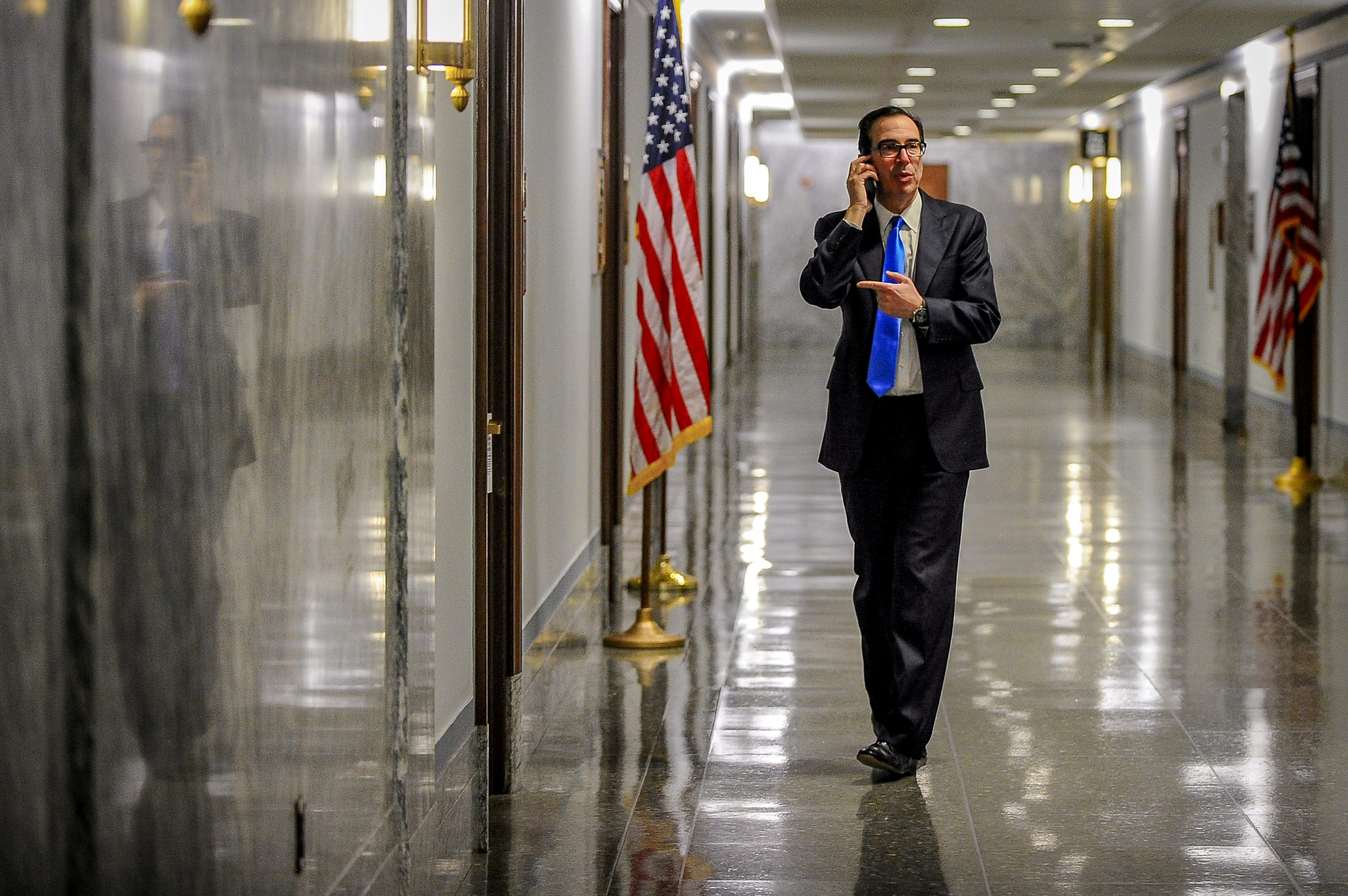 Hollowed out by budget cuts and hobbled by obsolete technology, the U.S. Internal Revenue Service has struggled over the past decade. Audits have dropped and taxpayer service has suffered, agency figures show.

Now Congress and the Trump administration are piling on more work as they scramble to contain the fallout from the coronavirus, which threatens to plunge the world’s largest economy into recession.

A new law signed by Trump on Wednesday creates tax breaks to underwrite a paid sick-leave benefit for workers. Lawmakers in the Senate were negotiating a plan over the weekend that could provide stimulus payments of more than $1,000 to millions of U.S. households.

Treasury Secretary Steven Mnuchin said he wants the payments to go out by early April.

Experts say it is likely to be a matter of months, not weeks, before those payments arrive. They say the flurry of activity could hurt the IRS’s ability to carry out its other routine tasks.

“It is the one agency that can do this stuff well. But that’s at the harm of everything else it’s supposed to do,” said Nina E. Olson, who served as the IRS’s National Taxpayer Advocate from 2001 to 2019.

Mnuchin on Friday pushed the tax filing deadline for U.S. businesses and households back to July 15 from April 15.

Economists say direct payments are one of the most effective ways to generate economic activity because people who get the money tend to spend it quickly.

In 2001, the IRS needed more than six weeks to issue the first rebates authorized by President George W. Bush’s tax cut. In 2008, the IRS issued its first payments to fight the Great Recession nearly three months after Bush signed off on them.

Since then, the IRS has suffered a decade of austerity. Its budget is now 20% smaller when adjusted for inflation than it was in the 2010 fiscal year, according to the advocate’s office. Staffing has likewise fallen 20%, to 73,550 employees.

The agency has struggled to find staff who can work with the obsolete COBOL language that underpins a computer system first set up in 1968, according to the Government Accountability Office.

Now it must figure out how to staff its processing centers at a time when local authorities are urging people to stay home.

The agency said on Friday that it is closing its 300-plus in-person assistance centers but would continue to process tax returns and help taxpayers “to the greatest extent possible.”

“I don’t think any of the policymakers have given any thought to the practical implications of actually doing this. The IRS doesn’t have the resources to do it,” said Howard Gleckman, a senior analyst at the Urban Institute’s Tax Policy Center.

Before the IRS issues payments, agents will have to calculate the amount based on income and family status, and may not have current bank information for direct deposits or current addresses to mail out physical checks.

At the end of the day, the IRS will get the money out the door, said Charles O. Rossotti, who headed the agency between 1997 and 2002.

“They won’t do it as fast as the politicians want, and they won’t get it perfect,” he said. “But if they want to send out $500 billion to 100 million people, they’ll get it done.”