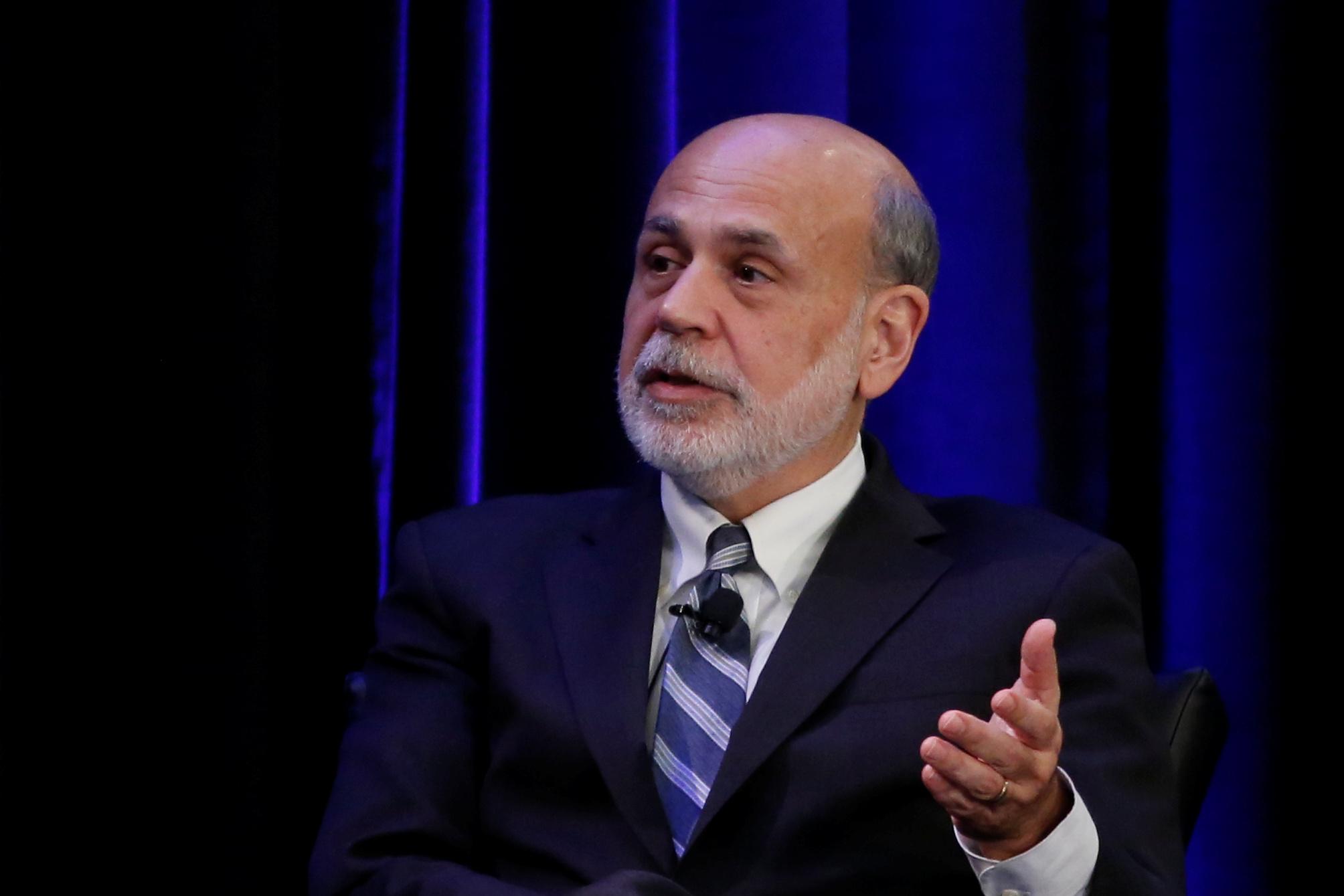 SAN FRANCISCO (Reuters) – The U.S. economy could shrink 30% or more this quarter as stay-at-home orders aimed at slowing the coronavirus outbreak choke off business, and it could be a couple of years before the economy regains its footing, former Federal Reserve Chair Ben Bernanke said on Tuesday.

“Overall, it could be a very bad year for the economy,” Bernanke said in a Brookings Institution online event, though he added that so far the fiscal and monetary policy responses have been pretty good, though more will be needed.

“There are things we can do to open up the economy, significantly perhaps, but I don’t see the economy returning to a more normal state until there’s much greater confidence … that opening up the economy won’t restart the crisis.”

Still, he said, history suggests the recovery will be considerably shorter than that which followed the 2007-2009 financial crisis. “The U.S. economy will recover and within a few years will show only modest marks of this experience,” he predicted.

With more than 90% of the U.S. population under orders to conduct only essential business, millions already out of work as businesses shut down or sharply curtail operations, and a vaccine to protect from infection at least a year away, Bernanke said the duration and depth of the downturn depends largely on the trajectory of the virus.

“If we could shut off the epidemic, of course the economy would bounce back quickly,” he said. But it is more likely that activity will only be restarted gradually and may need to be slowed again if the virus resurges, he said.

The Fed can continue to expand its balance sheet, he said, and offer other programs as needed to keep markets functioning and banks lending. The debt-financed fiscal rescue, in the form of lifelines to both businesses and individuals – will also be important to keep people afloat while the pandemic continues.

There could be some permanent scars, he added, including a possible increase in the concentration of industry among fewer players, if many small businesses never recover; persistent caution among consumers worried about another crisis; and changes to the travel industry, including cruises.

And it will be a “very very tough and scary period,” he said. But, he added, “if all goes well, in a year or two, we should be in a substantially better position.”