(Reuters) – U.S. stock index futures were steady on Tuesday at the end of one of Wall Street’s worst first quarters on record, with evidence growing of the scale of damage caused by the collapse in oil prices and business activity due to the coronavirus. 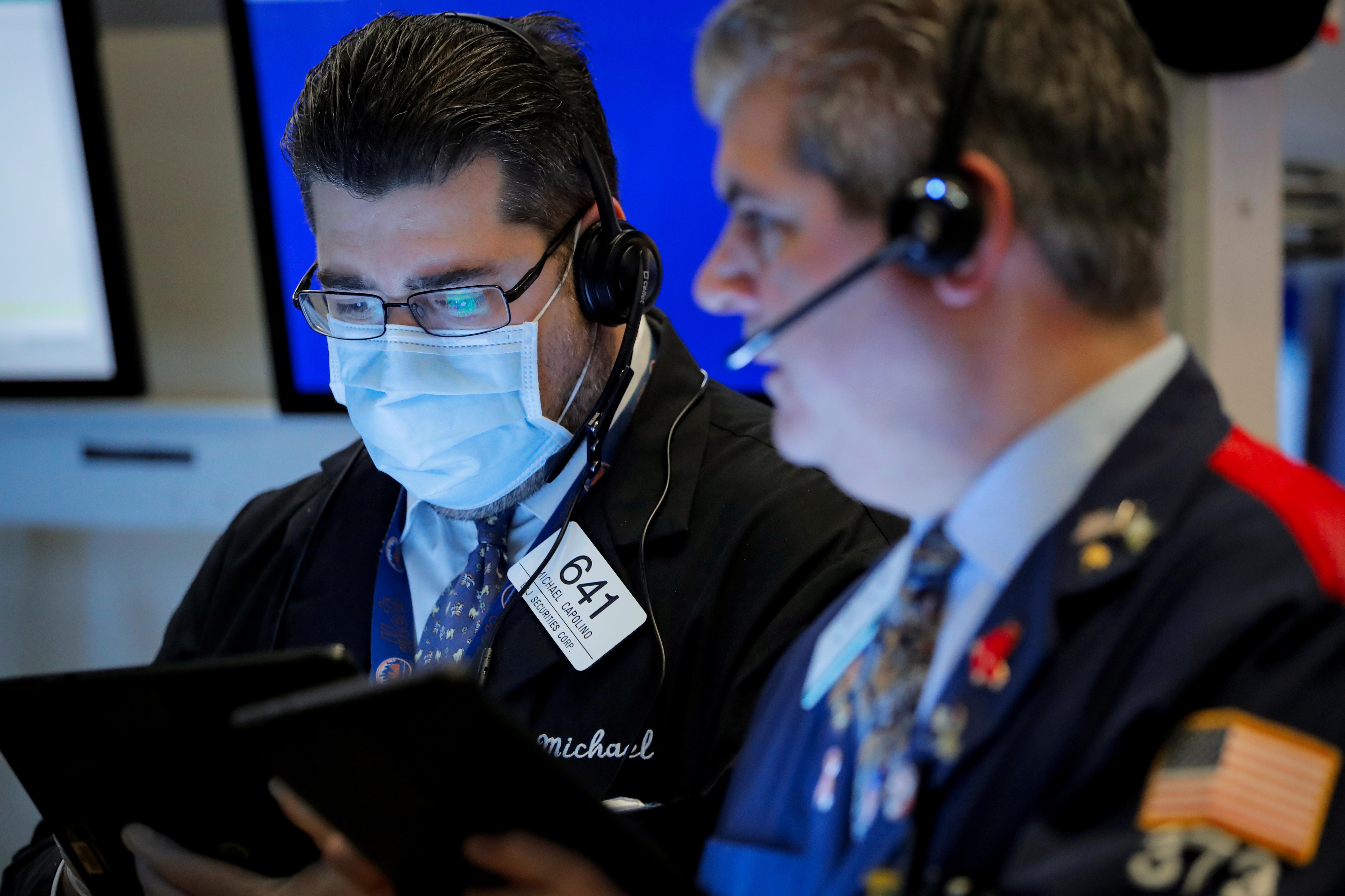 Sliding from the record highs of mid February, the Dow Jones and S&P 500 indexes are now set to end the quarter more than 18% lower from the start of the year as the health crisis deepens in the United States and disrupts supply chains.

The declines have set the benchmark S&P 500 on track for its worst first quarter since 1938, down more than $5 trillion in market value, and investors fear corporate defaults and more mass layoffs going in to the second quarter.

The blue-chip Dow is set for its biggest quarterly percentage decline since 1987 and the tech-heavy Nasdaq is set to close out its worst first three months of the year since 2008.

Confidence in equity markets has crept back in the past week, thanks to an unprecedented $10 trillion global monetary and fiscal stimulus, but Wall Street’s indicator of future volatility is still close to levels last seen in 2008.

“The sentiment pendulum has swung between extremes over the past few months, placing investors on an emotional rollercoaster ride as monetary policy bazookas and handsome fiscal packages have struggled to lift global confidence,” said Lukman Otunuga, senior research analyst at FXTM.

A surprise expansion in China’s March factory activity injected optimism about a potential recovery for U.S. businesses once sweeping stay-at-home orders are lifted and the economy comes back online.

“For now markets are continuing to look for the positives, while at the same time equities are still seeing inflows,” wrote Chris Beauchamp, chief market analyst at IG in London.

Shares of cruise operators and airlines, which are among the most battered as the coronavirus outbreak brought global travel to a standstill this month, rose about 5% to 6%.

The S&P 1500 Airlines index .SPCOMAIR has lost over half its value since the start of the year.

Exxon Mobil (XOM.N) and Chevron (CVX.N) rose over 3% on a rebound in oil prices from 18-year lows after the United States and Russia agreed to discuss stabilizing energy markets. [O/R]

Investors have so far largely shrugged off figures showing the extent of the economic damage from the statewide lockdowns. Consumer confidence data for March, due at 10 a.m. ET, is likely to drop to a reading of 110 from 130.7 a month earlier.