NEW YORK (Reuters) – World stock markets hit their highest levels since March and oil prices jumped on Tuesday as signs of a global economic recovery from the coronavirus pandemic offset concerns over the worst civil unrest in the United States in decades. 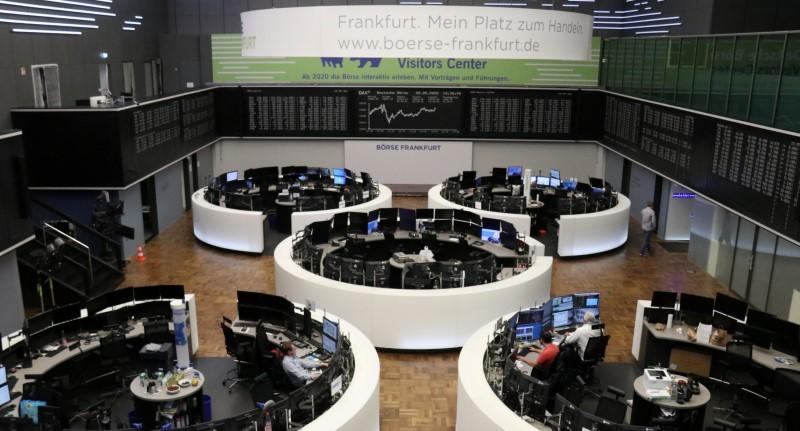 Despite those gains, investors were hesitant to move away from the perceived safety of government bonds, which edged lower but remained near record highs.

“In a way, it is remarkable that the market remains in this positive mood,” said Elwin de Groot, head of macro strategy at Rabobank. “Even with these rising protests in the U.S. and the situation in Hong Kong at the moment, the market is pushing on and seeing room for optimism.”

MSCI’s gauge of stocks across the globe gained 0.72% following broad advances in Europe and Asia. The index remains down about 8.5% for the year to date.

The tech-heavy Nasdaq is now only 3% from its pre-pandemic record highs. [.N]

May Purchasing Managers Index data pointed to a fragile but encouraging recovery in global manufacturing, raising hopes that the worst is over, while reports that Germany was considering a stimulus plan to boost car sales lifted European stocks.

Japan’s Nikkei rose 1.2% to its highest since late February and markets in Seoul, Taipei, Hong Kong and China [.SS] also gained as the Chinese central bank there provided another shot of stimulus.

“This optimistic read for risk can only persist if measures like orders and employment continue to improve month to month,” said Alan Ruskin, chief international strategist at Deutsche Bank.

“Early setbacks would be a very poor sign, but are not expected in the period immediately following the end of lockdowns.”

The dollar was at multi-month lows against most major currencies following a 5% drop for its main index since March. [FRX/]

“The protests are part of the reason for the sell-off in the dollar over the last four or five days,” said CMC Markets senior analyst Michael Hewson.

Some U.S. demonstrators, angered over the recent death of the unarmed African American, George Floyd, while in police custody, had set fire to a mall in Los Angeles overnight, looted stores in New York, and at least five U.S. police had been hit by gunfire in separate incidents.