SHANGHAI — The luxury sector may be booming in China with the likes of Dior, Chanel, and Louis Vuitton reporting a surge in sales, but at the opposite end of the spectrum for fast fashion, the country is filling up an entire graveyard of brands.

The latest victim appears to be Gap, with Bloomberg this month reporting the American retailer is looking to sell its China business. The retailer had already revealed that sister brand Old Navy is set to pull out of the market this month after debuting in 2014 with a prominent flagship in Shanghai’s Nanjing Road West. Gap did not respond to a request for comment Tuesday.

In January, Inditex-owned Bershka, Pull & Bear, and Stradivarius said they would shutter all their physical stores — totaling nearly 100 locations — and retreat to e-commerce operations only. Last year, Dutch company C&A sold its China business to Beijing Zhongke Tongrong, while Esprit abruptly nixed its joint venture with Mulsanne Group. In 2019, Forever 21 quit the market, and the year before that, New Look threw in the towel.

Zara, which is Inditex’s flagship brand, remains, but with 141 stores it’s a very modest operation when compared to local players that often have several thousand outlets like Peacebird, Metersbonwe, Semir, and La Chapelle. Swedish rival H&M has a bigger footprint in China with over 500 stores but it’s not been easy going. Sales were down 17 percent in the year to Nov. 30 as the group closed 23 stores here. The retailer does see opportunity in the market as it is planning to introduce Arket and & Other Stories later this year but overall, growth in the sector has been very hard won.

The number of high-profile stumbles may at first seem puzzling. China is a country with a very young population and a developing economy in need of affordable fashion — gross domestic product per capita in 2020 was only $8,130 compared to the U.S. at $63,000 and France at $40,000. But differing local tastes and the strength of Taobao brands have caused some of the biggest retail brands globally to misfire in China.

“I think the first thing is definitely the design of the products, the localization,” said Eddie Lim, a China veteran of fast-fashion brands including Bestseller, Etam and Beaumanoir. “Where the team actually are matters. I think a lot of foreign brands didn’t invest in localizing their products enough.”

While this would seem to be an obvious point, brands frequently rely too much on their global assortment, or sometimes entirely. One success story in the sector is Bestseller Group. The Danish company has multiple brands — including Jack & Jones, Vero Moda, Only and Selected — and operates more than 7,000 stores throughout China. But its China business, established in 1996, is run as an independent 50-50 venture and creates its own localized collections for the China market. 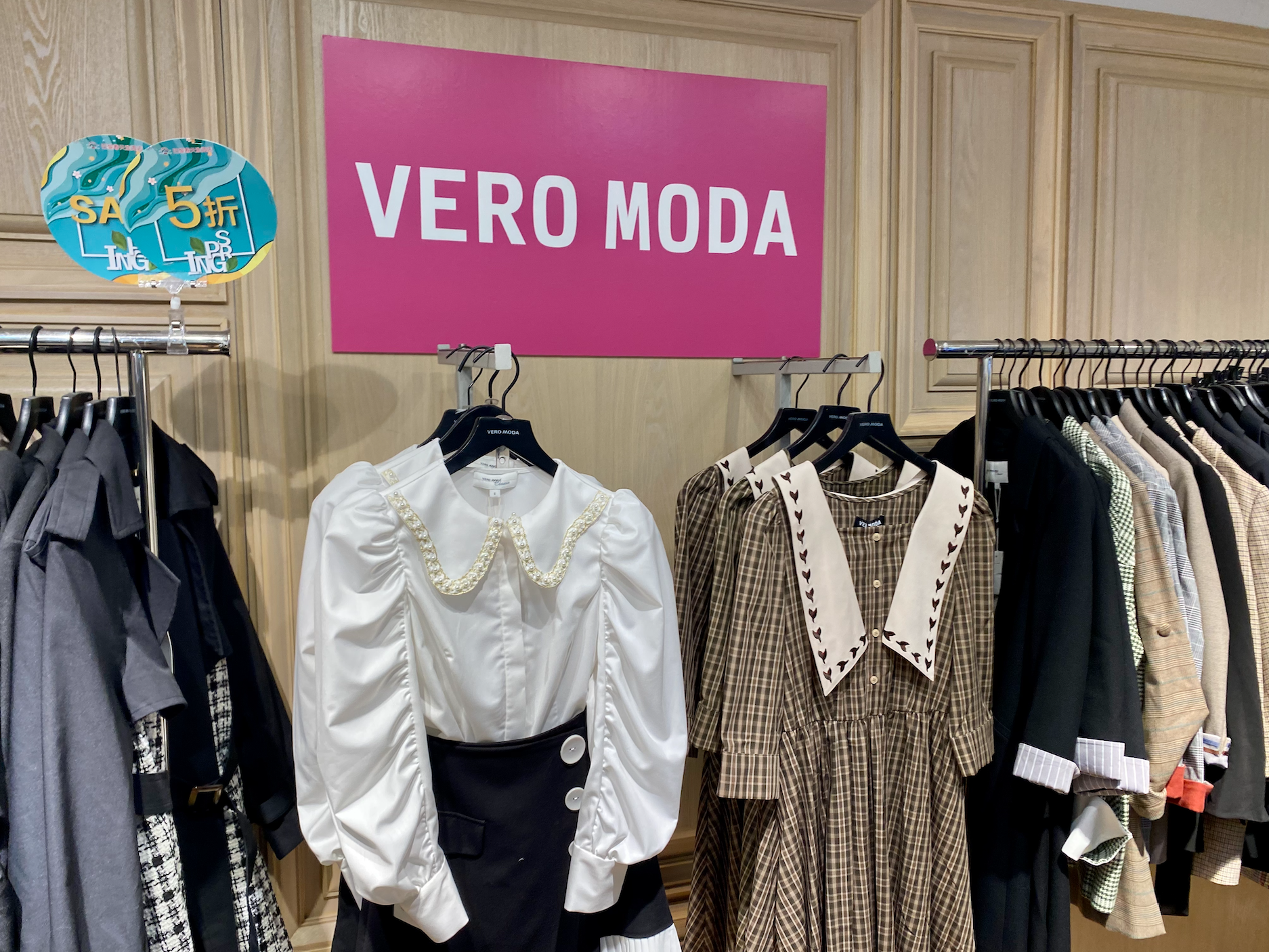 Vero Moda, part of Bestseller Group, has expanded widely in China where this brand for young females has around 2,000 stores. Tiffany Ap/WWD

“In my seven years [at Bestseller China], we’ve never even really taken any products from Denmark,” said Lim.

He gave the example of dresses to illustrate how the localization process might look like. “Dresses are always an interesting one to talk about,” Lim said. “Most women in China, if they wear a spaghetti-strap, long maxi dress, they will wear a T-shirt inside. In Europe, they would just show their shoulders. Here, they would even put a jacket on top. Obviously, I would not put the jacket on a poster but on the training part, this is the one-plus-one in the store. If she picks that dress, then the salesperson is going to pick the next thing, which is an ‘anti-sun’ jacket. It’s like an organza, airy piece, like a bolero.

“So we have to shoot one image, which is a poster with white models. For that, we cannot put a bolero. It looks a little bit odd and that’s not the trend. But on the training look book, we have to shoot it together so that the staff know. This is how you have to teach people how to maximize the basket and it works really well. You can judge them but from a business point of view it really works because the average spending is up to 800 renminbi [$123 at current exchange], instead of just buying one thing.”

In addition to all the design differences to do with geography, climate, and body types that already exist, there’s also the difference in COVID-19 recovery to contend with now, too. While there have been some small cluster outbreaks in China and interprovince travel may face some restrictions, much of the population has been able to return to their pre-pandemic lives with dining and social activities open at full capacity since last April. But with Western countries entering third or fourth lockdowns, brand headquarters in Europe may be designing collections of easy loungewear pieces, when what the China customer desires is outfits for the full gamut of social occasions.

Others point out that mass fashion’s problems aren’t just a China market issue.

“Many of these brands have problems even in their markets back home,” said Jane Du, general manager of China World Exhibitions, which organizes major clothing fairs including Chic. “Fast fashion overall these past few years has not had a very smooth ride.”

Certainly in the cases of Gap, Forever 21, Esprit, and New Look, that’s true. It’s also not to say that Chinese fast-fashion brands are problem-free. La Chapelle, was once a popular domestic group but is registering heavy losses. In the last month, the company put out warnings to investors that it may be forced to delist from the Shanghai Stock Exchange as it became embroiled in litigation over unpaid loans. Metersbonwe, which at its peak a decade ago had more than 5,000 stores, closed 504 stores in the first half of 2020 alone.

The marketing and communication mix needs work, Du said, underscoring the importance of collaborations to create freshness and working with influencers and using livestreaming. Uniqlo, for instance, does this well, she said. While it retails basic wardrobe staples like Gap, unlike the U.S. retailer, Uniqlo often rolls out crossovers to keep customers shopping.

Then as a Japanese brand, it doesn’t have to resize for fit and it emphasizes the unique performance of its technical fabrics. Parent company Fast Retailing stated that in the first quarter of this year, it saw an “impressive rise” in profits in mainland China, which was due to its “new strategy of controlling discounting and instead focusing on appealing product value and strengthening branding.”

“People in their thirties now, when they were in their twenties they may have bought a brand like Zara,” Du added, “but once they get older they upgrade to other higher-quality brands. And the people in their twenties will not buy Zara because they don’t find that it has any relevance to them. Brands haven’t adjusted along with the market and so in the end, many of them exit.” 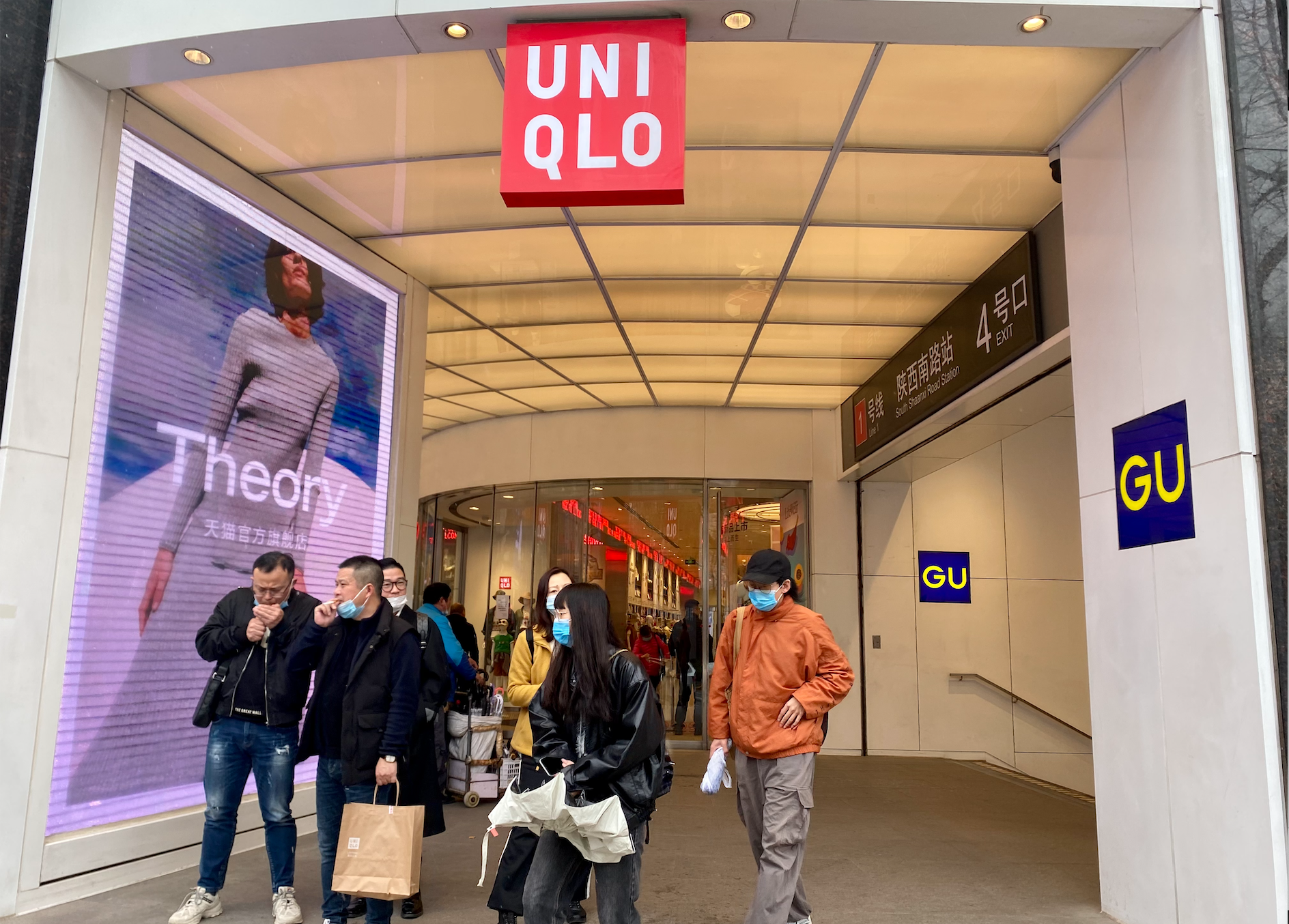 Finally, there is the country’s turbo-charged speed to consider, especially with the rise of e-commerce brands on Taobao. An online brand based in Guangzhou can create samples in half a day and get a second version by day’s end, beating the times of brands that could be based in Beijing or Hangzhou and thus require at least a week to cut and fit new samples due to the shipping back and forth.

“Today, we have fads, influencers, and much shorter cycles, which makes it much harder to predict the trends of the future and therefore brands need to act much closer to the time when they launch the product, for example, six weeks from ideas to ISW [in shop week] or even shorter,” said a source who works for a large international fast-fashion chain in China.

“China is very influenced by Taobao and the speed they set as well as the price those brands set,” the source continued. “Customers can browse the cheapest offering without focusing on sustainability. This is also partially the reason why global brands are not as successful as their local peers. The battle is still on the price and not on other dimensions. Yet you can notice a shift, even if it’s slow, in consumer behavior that indicates that they are more and more ready to adopt to a more sustainable brand and be willing to pay an upcharge.”