(Reuters) – Goya Foods Inc, the largest Hispanic-owned U.S. food company and a popular brand among Latino Americans, became the target of a boycott campaign on social media on Friday sparked by its CEO effusively praising President Donald Trump at the White House. 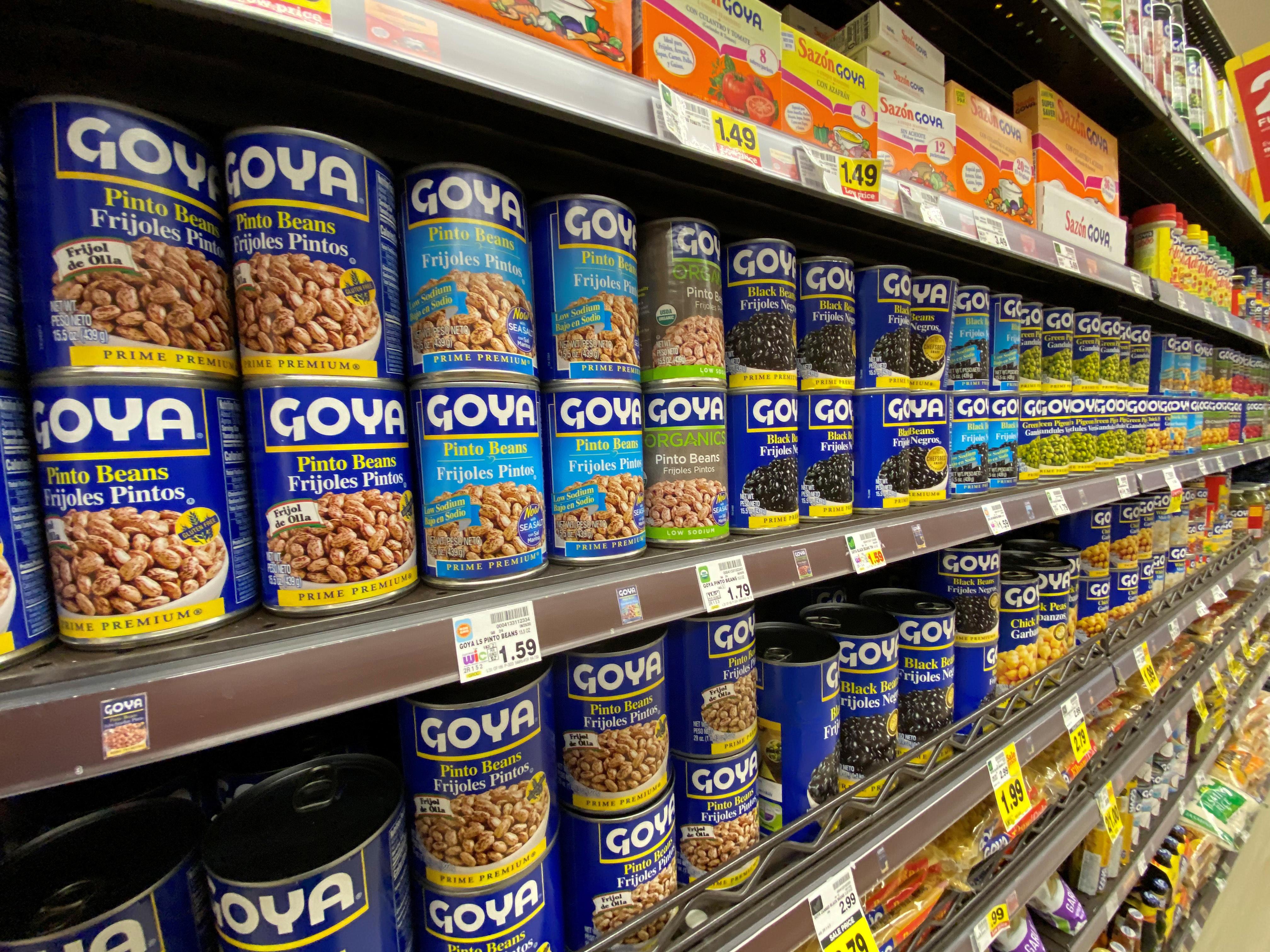 The hashtags #Goyaway and #BoycottGoya began trending on Twitter after Robert Unanue, chief executive officer of the New Jersey-based company, appeared with Trump on Thursday for the signing of an executive order creating an advisory panel aimed at spurring Hispanic prosperity.

“We’re all truly blessed at the same time to have a leader like President Trump who is a builder, and that’s what my grandfather did,” said Unanue, the third generation of his family to run the business. “We pray for our leadership, our president, and we pray for our country that we will continue to prosper and to grow.”

The event at the White House came as Trump’s re-election campaign sought to boost his standing among members of a key constituency who have often felt alienated by his policies and political rhetoric.

Reuters/Ipsos national polling shows only about a quarter of registered Hispanic voters chose Trump in a matchup with his Democratic rival, former vice president Joe Biden.

Among those in the forefront of calls for a boycott were two leading Hispanic politicians in the Democratic Party – former presidential candidate Julian Castro and U.S. Representative Alexandria Ocasio-Cortez of New York.

Castro wrote on Twitter that Goya had been a staple of many Latino households for generations.

“Now their CEO, Bob Unanue, is praising a president who villainizes and maliciously attacks Latinos for political gain,” he said. “Americans should think twice before buying their produces.”

Ocasio-Cortez suggested to her 7.5 million followers on Twitter that they find homemade alternatives to Goya’s popular Adobo seasoning.

“If Goya wants our business, they must respect and fight for our humanity,” the group said.

Unanue defended his comments, however, and said on Friday that the calls for a boycott of the company amounted to an attack on his freedom of speech.

Separately on Fox News, White House adviser Kellyanne Conway decried the controversy. “It’s just a shame that people make everything so politicized, including food,” she said.

Countering online calls for a boycott was the emergence of the #BuyGoya” hashtag, which drew the likes of Hollywood actor James Woods, who praised Unanue for setting “a good example in the fight against liberal terrorism.”

It was too soon to tell whether the anti-Goya campaign would generate enough support to damage the bottom line of a privately owned company that ranks among the leading distributors of packaged Latino foods in the United States, Europe and the Caribbean.

Trump himself weighed in on the dispute late on Friday, writing on Twitter simply: “I LOVE @GoyaFoods!”