The Russian language has introduced a few words that in recent years have been widely used and misused in English: disinformation, kompromat, Novichok.

But the one that blows my mind is “probiv.” It’s drawn from the word that means “to pierce” — or to enter something into a search bar. Today, it refers to the practice by which anyone can buy, for a couple of dollars on the social media app Telegram or hundreds on a dark web marketplace, the call records, cellphone geolocation or air travel records of anyone in Russia you want to track. Probiv is purchased by jealous spouses or curious business partners, and criminals of various sorts. But it has also been used recently, and explosively, by journalists and political activists, overlapping categories in Russia, where the chief opposition leader, Aleksei A. Navalny, often makes use of the tools of investigative journalism.

Probiv is only one of the factors that have made Russia, of all places, the most exciting place in the world for investigative journalism. There is a new wave of outlets, many using more conventional sourcing to pierce the veil of President Vladimir V. Putin’s power. And there is a growing online audience for their work in a country where the state controls, directly or indirectly, all of the major television networks.

The boom in independent journalism and criticism of the government has reached a level “unseen in our country since the end of the 1990s,” Denis Volkov, the deputy director of the Levada Center, a Russian public opinion research group, wrote recently.

Probiv has been a crucial part of that revival. The practice was at the heart of a stunning revelation late last year by the international investigative collective Bellingcat, working with the Russian site The Insider and other partners, identifying the agents from a secret Russian spy unit who poisoned Mr. Navalny. A reporter spent “a few hundred euros worth of cryptocurrency” for a trove of data. Then, in a riveting piece of theater, Mr. Navalny, working with Bellingcat, called one of those agents, pretending to be a senior government official, and tricked him into a confession. When Mr. Navalny returned to Russia after his treatment in Germany, he was promptly jailed for a parole violation in a case he has called fabricated, and now faces transport to a penal colony.

The irony is delicious, of Mr. Putin seeing his own tools of corruption and surveillance turned against him by the underpaid police and intelligence officials who put the secrets up for sale. “Whatever Putin does keeps backfiring,” said Maria Pevchikh, who runs the investigative unit at Mr. Navalny’s Anti-Corruption Foundation. 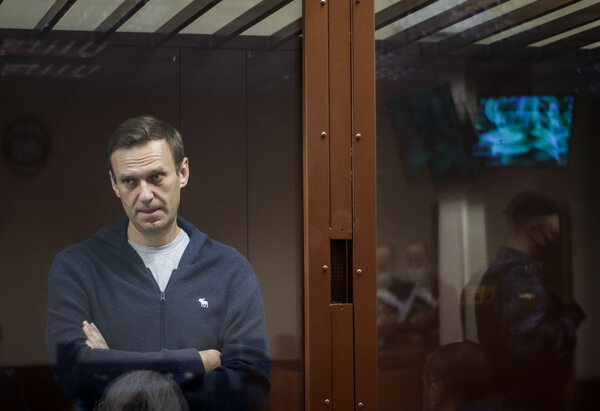 Probiv is almost exclusively a Russian phenomenon. When Roman Dobrokhotov, who founded The Insider in 2013, was in Kyiv a couple of years ago, he said he asked a local journalist where he could find the phone records for someone he was researching and was surprised to learn that wasn’t a common practice. He said he realized that “Russia is possibly the most transparent country in the world,” adding, “If you have 10 bucks, you can find any information on anyone.”

The New York Times and some other major Western outlets don’t use probiv, on the principle that you shouldn’t pay for stolen information. Many Russian journalists debate the ethics and legality of it as well. Bellingcat’s probiv maestro, Christo Grozev, has said he spent his own money — the independent news site Meduza estimated it at more than $13,000 — unmasking murderous Russian spies. (He told The Washington Post that his vendor assumed he was a criminal, and was horrified to learn he was a journalist.) Mr. Dobrokhotov said he wouldn’t buy probiv himself, but had analyzed the data Mr. Grozev purchased. (CNN and Der Spiegel also collaborated on the investigation of Mr. Navalny’s poisoning.) Other reporters said it’s routine to use for research, but not to cite in a finished article. But for some, those norms are shifting, too.

“The audience doesn’t care whether you bought data or got it from a source,” said Roman Anin, the founder of iStories, a nonprofit Russian investigative site with a staff of 15. He said he had concluded that “since we live in a country where authorities are killing opposition leaders, let’s forget about these rules, because these stories are more important than our ethical rules.”

That portal into Vladimir Putin’s world has opened even as some American journalists covering Russian interference in the 2016 election produced overheated essays and viral Twitter threads. They cast Mr. Putin, in the American imagination, as an all-powerful puppet master and everyone whose name ends in the letter “v” as his agent. But it was actual Russians, running their websites on the margins of legality or from abroad, who opened windows into Mr. Putin’s real Russia. And what they’ve uncovered is unbelievable personal corruption, shadowy figures behind international political interference and murderous but sometimes inept security services.

Here are a few examples of these revelations:

The investigative nonprofit outlet Proekt identified Mr. Putin’s “secret family,” and found that the woman it linked to the president had acquired some $100 million in wealth from sources tied to the Russian state.

IStories used a trove of hacked emails to document how Mr. Putin’s former son-in-law built a huge fortune out of state connections.

Bellingcat, which was founded in London, and the Russia-based Insider identified, by name and photograph, the Russian agents who poisoned the defector Sergei Skripal and his daughter in England in 2018.

The media group RBC delved into the political machinery behind the troll farm interfering in U.S. elections.

Meduza exposed deep corruption in all corners of the Moscow city government, down to the funeral business.

Mr. Navalny’s foundation flew drones over Mr. Putin’s palace, a vast estate on the Black Sea that Mr. Navalny labeled “the World’s Biggest Bribe” in a scathing, mocking nearly two-hour video he released on his return to Russia last month. The video has been viewed more than 100 million times on YouTube.

There’s a tendency in parts of the American media right now to reflexively decry the rise of alternative voices and open platforms on social media, seeing them solely as vectors for misinformation or tools of Donald J. Trump. Russia is a potent reminder of the other side of that story, the power of these new platforms to challenge one of the world’s most corrupt governments. That’s why, for instance, Mr. Navalny was a vocal critic of Twitter’s decision to ban Mr. Trump, calling it an “unacceptable act of censorship.”

The new Russian investigative media is also resolutely of the internet. And much of it began with Mr. Navalny, a lawyer and blogger who created a style of YouTube investigation that draws more from the lightweight, meme-y formats of that platform than from heavily produced documentaries or newsmagazine investigations.

Mr. Navalny doesn’t cast himself as a journalist. “We are using investigative reporting as a tool to achieve our political ends,” his aide, Ms. Pevchikh, said. (One convention they don’t follow: getting comment from the target of an investigation.) Indeed, his relationship with the independent journalists can be complicated. Most are careful to maintain their identity as independent actors, not activists. They criticize him, but also message him their stories, hoping he’ll promote them to his own vast audience, and he publicly criticizes them, in turn, for being too soft on the Kremlin.

The new news outlets learned from Mr. Navalny as well. Many of them have imitated his style on YouTube. And he proved that certain lines could be crossed. What’s more, they all undoubtedly benefit from the homogeneity of the television networks. Imagine how much YouTube you would watch if the only news channels available were Fox News, Newsmax and OAN.

The traffic they see online also tells them they’re connecting.

“I see the numbers and I think that all this is not in vain,” said Roman Badanin, the founder of Proekt, for whom Mr. Putin’s hidden life has been a career-long obsession. (A confusingly high percentage of the founders of these new outlets are named Roman.) In a particularly surreal moment this month, the young woman who Proekt suggested was Mr. Putin’s daughter said — in a conversation on the social audio app Clubhouse with the reporter who wrote the article — that she was “grateful” for all the attention his reporting had brought … to her Instagram account.

Mr. Badanin, who modeled Proekt on the American nonprofit news organization ProPublica, said he had begun to see another sign of intense interest: financial support from his audience. About a third of the budget that supports a staff of 12, he said, now comes from donations averaging $8, mirroring the global trend toward news organizations relying on their readers. In Russia, some of this is still nascent. For instance, a colleague in Russia, Anton Troianovski, tells me that there’s a cafe near the Kurskaya Metro station where you can add to your bill a donation to MediaZona, which was founded by two members of the protest group Pussy Riot to hold the Russian justice system to account. But the protests against Mr. Navalny’s imprisonment also seem to be driving support for independent media, a phenomenon that The Bell, another of the new independent websites, christened “the Navalny Effect.”

That might help these outlets navigate a narrowing legal window in Mr. Putin’s decades-long game of cat-and-mouse with independent journalism. (The government is also struggling to balance its citizens’ love of the open internet with the threat it can pose to government power.)

Many of the new outlets, along with BBC Russia, have drawn talent from a previous wave of independent voices that the government effectively put out of the investigations business. Some of the new outlets, like the Latvia-based Meduza, have their operations abroad. But many are incorporated overseas, even as their journalists live and work in Moscow. Some subsist on grants whose sources they keep confidential — a vulnerability the Russian government appears likely to exploit under a new law broadening restrictions on what it considers “foreign agents.”

Indeed, the sense of possibility is rivaled only by the sense of menace. Virtually every journalist I spoke to in Russia said they expected this period to end at any moment. In a particularly ominous sign, police arrested the editor of MediaZona, Sergei Smirnov, on Jan. 30 for retweeting a joke with an image that included the date and time of a protest. He was sentenced to 15 days in jail for violating the rules on holding public events, and journalists debated whether it was an incompetent mistake or a deliberate warning to his peers.

“To be an independent journalist in Russia is like being a lobster in a pot,” said Meduza’s editor in chief, Ivan Kolpakov. “They are boiling you, but you don’t know exactly when you will die.”