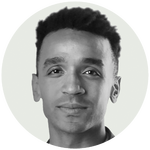 The jobs report released Friday — which showed U.S. employers added 431,000 jobs in March on a seasonally adjusted basis — received a round of applause from many economists and labor market analysts, cooling off fears of a major slowdown in growth. And it spurred hope in the service sector that good times may be back again, and stick around more sustainably.

After experiencing nearly two years of stop-and-go reopenings — optimistic bursts of in-person activity as the virus ebbed, followed by fearful drawbacks as it rose again — experts say that the broadest swath of consumers yet may be returning to the sort of in-person activity that defined their Before Times lives: The sectors that cover travel, live entertainment, indoor dining, museums and historical sites, bars and other drinking places all saw major boosts.

The leisure and hospitality sector saw the largest gains in March.

Change in jobs from February to March, by sector