NEW YORK (Reuters) – Investors are preparing their portfolios for a potentially rocky patch in U.S. stocks, worried that a dramatic rebound in equities may stall amid dimming economic data and rising political uncertainty. 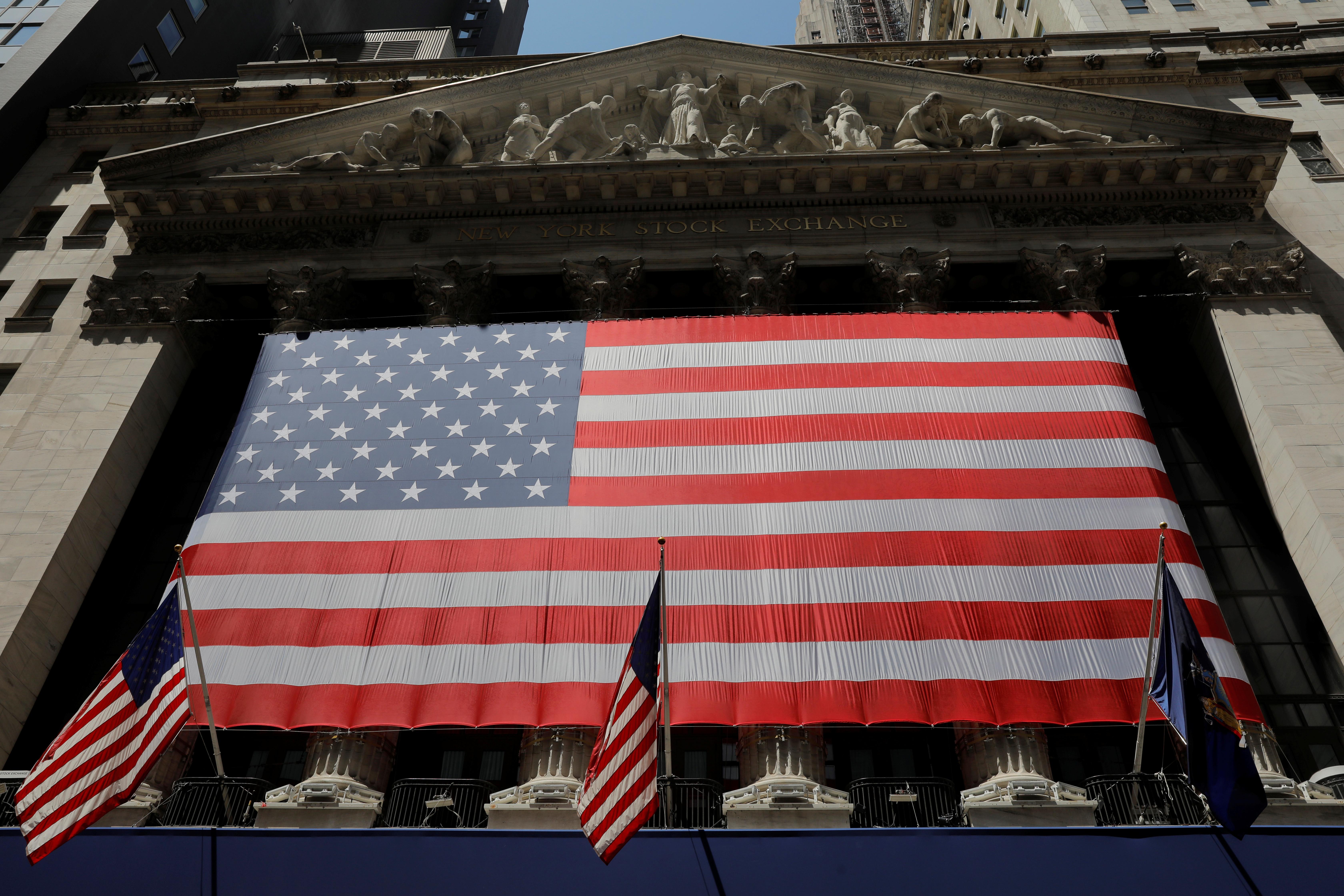 Most money managers are wary of cutting equity exposure too drastically in a market that has rallied more than 40% since late March and stands near all-time highs despite widespread economic devastation and a global coronavirus pandemic.

Still, evidence that the outbreak’s U.S. resurgence is pressuring the economy’s nascent recovery are pushing some to beef up cash positions or tilt their portfolios toward Europe, where economic prospects appear to be brighter than in the United States. The performance of options strategies that profit in sideways markets – such as the “iron condor,” which involves long and short positions on both calls and puts – has also improved.

Gross domestic product numbers, released on Thursday, showed U.S. growth suffered its worst hit on record in the second quarter, while more recent data point to fading consumer confidence and jobless claims back on the rise.

The S&P’s weekly advances have grown progressively smaller throughout July, though the index is on track to deliver a 4% gain for the month.

Concerns over the U.S. presidential election are also mounting. On Thursday, President Donald Trump suggested on Twitter that the Nov. 3 vote be delayed, though he has no direct authority to do so.

Net outflows from equity funds were $1.8 billion in the fourth week of July, while bond funds took in $17.2 billion and money market funds received $5.5 billion, according to EPFR.

Market participants hope the Labor Department’s July payrolls report, due next Friday, will shed more light on the state of the recovery.

Some investors who have racked up big gains during the equity rally of the last few months are now turning cautious.

Eric Marshall, portfolio manager at Hodges Capital in Dallas, has sold some of the stocks he purchased earlier in the year and added to cash positions, convinced that rewards have diminished for buying even the most beaten-down shares.

“We’ve taken profits, and we’ve been very slow to redeploy that money back,” he said.

Uncertainty over the near-term outlook for equities and Treasury yields near record lows have prompted Charles Day, a private wealth manager at UBS in New York, to raise cash holdings to between 5% to 10% in the portfolios he manages.

“Normally the safe-haven money would be on the fixed-income side, but having some cash for a while seems to be prudent to me,” he said.

Others see greater opportunities in European stocks than in U.S. equities, in part because of the region’s lighter COVID-19 caseload.

Ben Kirby, co-head of investments at Thornburg Investment Management, recently added Deutsche Telekom AG (DTEGn.DE) to his portfolio, betting the company will benefit from a sustained shift to remote work.

“As the S&P has been rallying, we’ve been reducing our exposure to domestic stocks,” Kirby said. “Europe is looking increasingly resilient.”

Range-bound U.S. stocks could still be lucrative for some investors, however.

Choppy trading in U.S. stocks has helped keep the Cboe Volatility Index above its long-term average even though shares overall have moved minimally, strategists say.

That is a favorable environment for short-volatility strategies, said Stacey Gilbert, portfolio manager for derivatives at Glenmede Investment Management in Philadelphia. Option sellers expect to collect income when expectations for market gyrations remain high but actual moves are more muted.

Likewise, an index that tracks the S&P 500 “iron condor” options strategy .CNDR – which profits in range-bound markets and had been badly hit this year – is set to post its first monthly gain since last October.

“Many people think that the recovery has mostly done what it’s going to do” for now, said Mike Zigmont, head of trading and research at Harvest Volatility Management, which specializes in iron condor strategies. “There’s not much upside, but there’s not much downside left, either.”