TOKYO (Reuters) – Japan’s core consumer prices were stubbornly unchanged in July, dashing hopes for a modest rise as the coronavirus pandemic hit household demand and revived fears of a national plunge back into deflation. 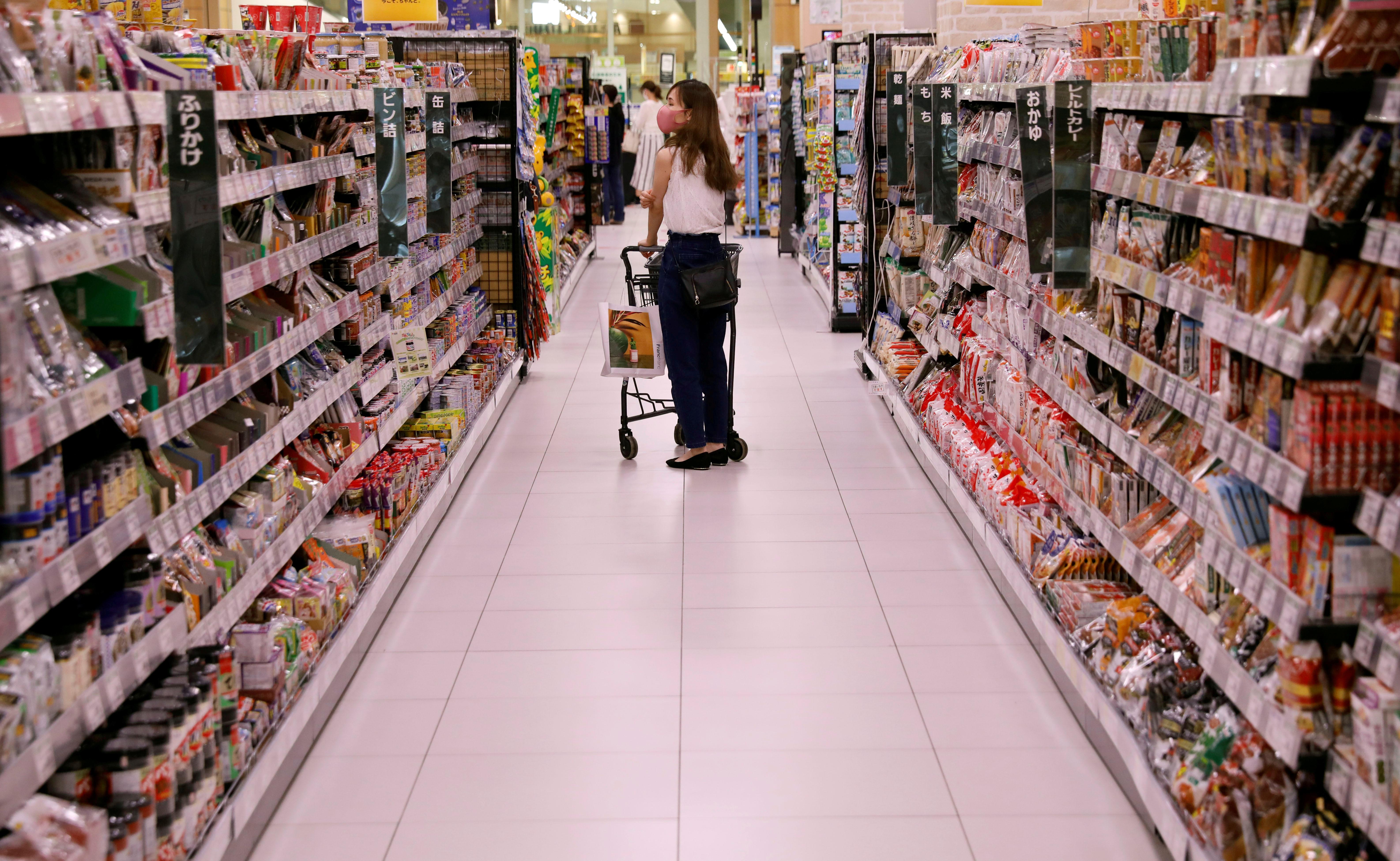 A slow economic recovery from last quarter’s record slump is expected to weigh on prices as consumer demand collapsed amid resurgent infections, which will in turn hit profits, jobs and business investment, analysts say.

The spectre of a return to deflation will keep the Bank of Japan (BOJ) under pressure to continue massive monetary stimulus and maintain ultra-low interest rates to support government fiscal spending aimed at battling the health crisis.

It fell short of a median market forecast for a 0.1% rise, following a flat reading in June.

“Japan is in a deflationary situation. As we shift towards ‘new normal’ following the coronavirus, the BOJ’s 2% inflation target is increasingly losing reality.”

The so-called core-core inflation index, which excludes food and energy prices and is similar to the core index used in the United States, rose 0.4% in the year to July, maintaining the pace seen in the last two months.

The BOJ projects consumer prices to fall 0.5% this fiscal year to next March and stay well below its 2% target through early 2023.

The central bank holds its next policy-setting meeting Sept. 16-17.

Friday’s data came after a batch of indicators confirmed weak demand at home and abroad, with exports posting a fifth consecutive month of double-digit falls and a surprise drop in core machinery orders pointing to fragile capital expenditure.

Japan’s economy, the world’s third-largest, suffered a record annualised contraction of 27.8% in April-June as lockdowns through late May aimed at containing the pandemic dampened business activity and crushed private consumption.

Analysts expect any rebound in the current quarter to be modest, with fears of a second wave of infections potentially hitting spending and prolonging a long stretch of deflation.