Unemployment fell to 8.4% in August, but the gain of 1.4 million jobs was the weakest in months. The end of federal aid programs is casting a shadow. 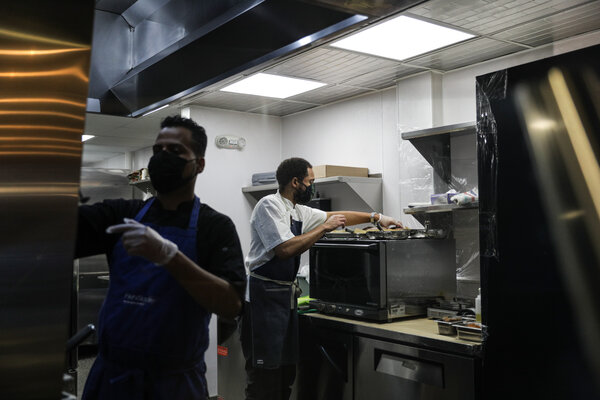 Job growth slowed further last month, the latest sign that the economy’s spring momentum has faded — and a warning that the recovery could go into reverse this fall without further government support.

U.S. employers added 1.4 million jobs in August, the Labor Department said Friday, down from the gains in the three previous months. The slowdown would have been more pronounced without the hiring of nearly a quarter-million temporary census workers.

The report held some good news: The unemployment rate fell by more than expected, to 8.4 percent. In April — when joblessness was the highest since the Great Depression — forecasters at the Congressional Budget Office said unemployment would remain in the double digits well into next year.

But an increasing number of people reported in the Labor Department’s August survey that they had lost their jobs permanently, rather than being temporarily laid off or furloughed — a sign that the crisis is doing lasting damage.

“There’s a fragility in the numbers,” said Diane Swonk, chief economist at the accounting firm Grant Thornton. “There are cracks in the underlying foundation.”